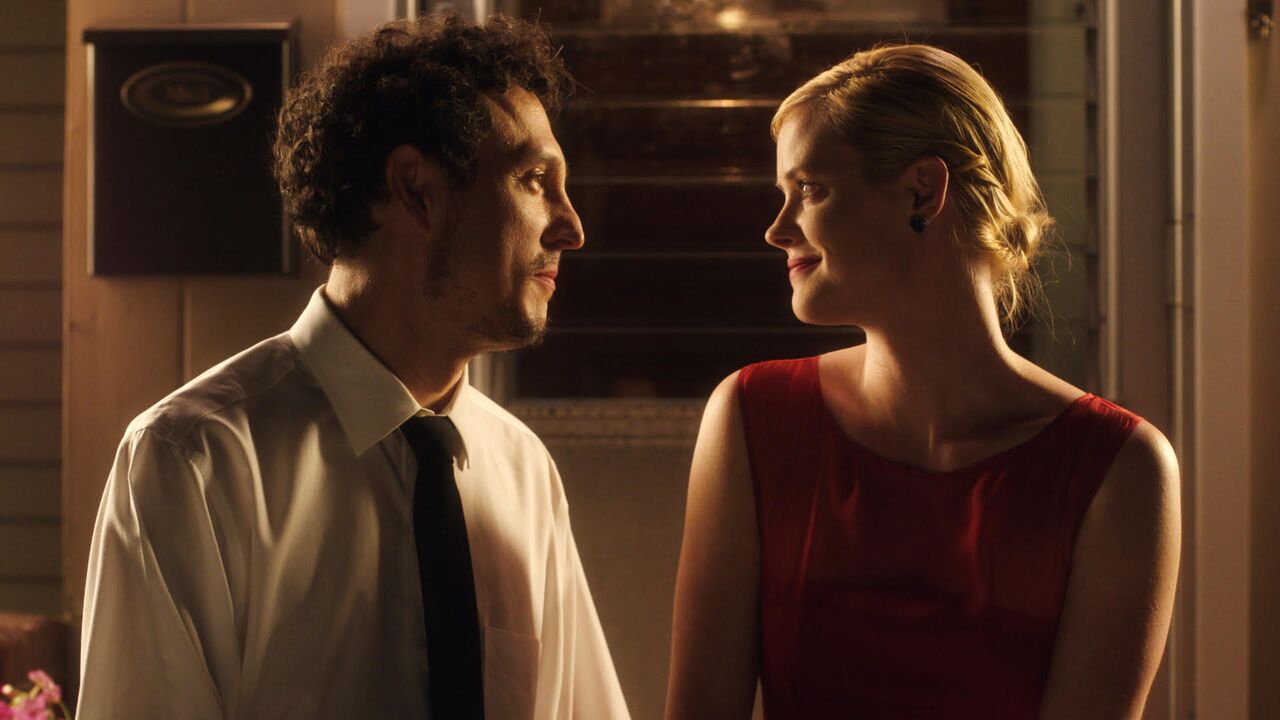 Returning to their hometown can be a challenging experience for many adults, as they’re reminded that they’re no longer living in the glory days of their school days. That’s certainly the case for actor Wally Marzano-Lesnevich’s protagonist in the upcoming comedy-drama, ‘Almost Paris.’ In honor of the film being released on VOD next Tuesday, January 9, by Freestyle Digital Media, Shockya’s premiering an exclusive clip, which is titled ‘This isn’t High School.’

The clip reunites Marzano-Lesnevich’s character, Max, with one of his former classmates, Ellie, who’s played by Abigail Hawk. When Max returns to his hometown, he passes by the toy store where Ellie works. While there, he tries to convince her that they should go out on a date together. But she resists her peer’s advances, and reminds him that “this isn’t high school.”

In the wake of the mortgage-lending crisis, Max (Marzano-Lesnevich), a former banker, returns to his hometown. Faced with those he left behind and the impact of his actions, our hero learns to show up and give back to those he loves in ways that are priceless.