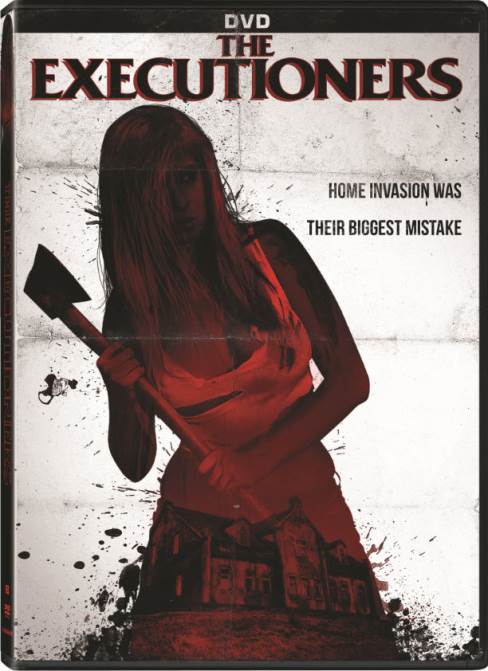 Working with like-minded allies is one of the most helpful tools that people can use to accomplish their goals. But their ambitions may ultimately and unexpectedly change in the midst of their journey, as they’re forced to adapt to their new surroundings and do whatever it takes to survive. That’s certainly the case for actress Natalie Burn and several of her co-stars in the upcoming horror-thriller, ‘The Executioners.’ The film is set to arrive on DVD, Digital and On Demand on March 27 from Lionsgate.

In celebration of ‘The Executioners’ home release, Shockya is offering two lucky winners a DVD of the drama. To enter, email us at ShockyaGiveaway@aol.com. Let us know that you’re entering to win the ‘The Executioners’ DVD giveaway in the email’s subject line and message. You have until the movie’s home distribution date, Tuesday, March 27, to enter, and you can enter the contest once daily. After March 27, we’ll pick the winners at random, and notify them through email. Good luck!

‘The Executioners’ was written, directed and and by Giorgio Serafini. In addition to Burn, the thriller also stars Jemma Dallender, Rachel Rosenstein and Justin Fischer.

Lionsgate has released the following synopsis for ‘The Executioners’:

When four friends go on a retreat to a secluded lakeside cabin, they soon realize they’re not alone. Masked intruders try to take them hostage, but as they fight back, the friends get a taste for something more than the will to survive. Will their fate be as victim or executioner?