Overcoming challenges, and always finding the perfect way to execute their work duties, shows the true value of any action-driven professional. That’s certainly the case for up-and-coming filmmaker, James Mark, who’s fighting his way to the top of the action genre with his new sci-fi movie, ‘Kill Order.’ Mark, who’s making his feature film writing, producing and directorial debuts on the drama, is proving yet again what a versatile and unique visionary he is in the action genre. The experienced stunt coordinator once again dedicatedly worked to create compelling action sequences that compellingly drive the drama, which is now available on VOD, Digital HD and DVD, courtesy of RLJE Films.

‘Kill Order’ shows how chaos erupts when a group of armed men break into a high school classroom. They target David (Chris Mark), a quiet kid who secretly suffers from unexplained memories of a horrifying past. Tapping into a previously unknown strength, David fights off his attackers and goes on the run. With his life and the lives of his loved ones in jeopardy, David must master the use of his new superhuman strength and fighting skills to find the people responsible and get his revenge.

Mark generously took the time recently to talk about writing, directing and serving as the stunt coordinator on ‘Kill Order’ during an exclusive interview over the phone. Among other things, the filmmaker discussed how he became interested in making an action-driven movie that showcases the physical abilities of his brother, Chris, who portrays the lead character in the drama, as well as his local martial arts stunt team, which led him to pen the script for ‘Kill Order.’ The filmmaker also mentioned that as the stunt coordinator, he spent a considerable amount of time choreographing and rehearsing the stunts with the cast before they officially shot the action-driven scenes.

ShockYa (SY): You wrote the script for the new sci-fi action film, ‘Kill Order.’ What inspired you to tell this type of story, and what was your scribing process like overall?

James Mark (JM): The genesis for ‘Kill Order’ was that I wanted to make a film that showcases the abilities of my local martial arts stunt team, as well as the skills of my brother, Chris Mark, who’s our lead actor. So I wanted to come up with a concept that we were all personally interested in. We also have a fascination with films that feature supernatural abilities, as well as Japanese anime.

So the storyline came from a concept that we had for a fight scene about a student in a classroom who’s being attacked by a SWAT team. I started to build the narrative around that concept of a student having supernatural abilities. I worked on where those abilities came from, and what his world is like. It actually became a big world with a lot of ideology that we didn’t have the means to tell. So we decided to focus on just David’s story, and make the film an introduction to his character.

SY: In addition to penning the screenplay, you also directed the movie. What was your overall directorial approach on the project?

JM: Working on the script influenced my directing in a number of ways. I was writing with certain things in mind from the beginning. I knew there were certain limitations, so I had to choose what I wanted to focus on. We focused the majority of our days on the action, which left a limited amount of time to focus on the narrative. But from the beginning, we knew what this film was. During that process, I tried to learn and grow as a director.

SY: The drama stars Chris in the lead role, as you previously mentioned, as well as Daniel Park, Denis Akiyama, Melee Hutton, Jessica Clement, Jason Gosbee, Reuben Langdon and Alain Moussi. What was the casting process like for the actors?

JM: Well, the majority of the cast are people I already knew. Many of the actors are on our stunt team, so they were cast based on their abilities, and where they would best be suited in the fight scenes. Only a handful of the actors were cast traditionally through the audition process, including Melee Hutton, who played the doctor, and Jessica Clement, who played May.

SY: Besides writing and directing ‘Kill Order,’ you also served as the movie’s stunt coordinator. What was the process of working with the cast, in approaching the stunts and physicalities for their characters?

JM: Like I mentioned before, a majority of the scenes were focused on the action. So we spent a considerable amount of time choreographing and rehearsing the action. We worked on each fight scene in our gym before we went to our set or location. So we would already have a video of the entire fight filmed and edited, and ready to watch when we arrived on set. We would copy those taped fights while we were filming, in order to save time. That allowed us to get through about 50 setups of fighting each day. I also generally operated the camera, because I already have a sense of the shots, since we worked on that previously in the gym.

We shot almost all of the fights in a built set, with a green screen or windows in the background, and an enclosed environment. All of the fighting was practical, with the exception of when someone went flying into a wall. For that, we used wire work that we performed ourselves.

SY: Also speaking of the cinematography and camera work, what was the process of determining how you wanted to shoot such an action-driven film?

JM: We wanted to shoot the fight scenes in a way that would allow the audience to see and understand everything that was happening. Every angle of every shot for the fight sequences was pre-determined, and none of it was decided on in the editing room. We want the audience to see and feel everything in each move of the choreography. We tried to do that in a way where the viewers could feel the impact, especially in the supernatural sense.

SY: RLJE Films (has released) the drama on VOD, Digital HD and DVD. Why do you think the On Demand platform is beneficial for independent movies like this one?

JM: I do think that having a VOD and Digital HD release with the DVD distribution is really important. Not many people are buying physical copies of films anymore, unless they’re an avid DVD collector, or have a high-quality DVD player or a gaming system like a PlayStation that allows them to also play DVDs. Many people today prefer online streaming, so I’d say that the VOD distribution is absolutely important for the success of a film like this one. 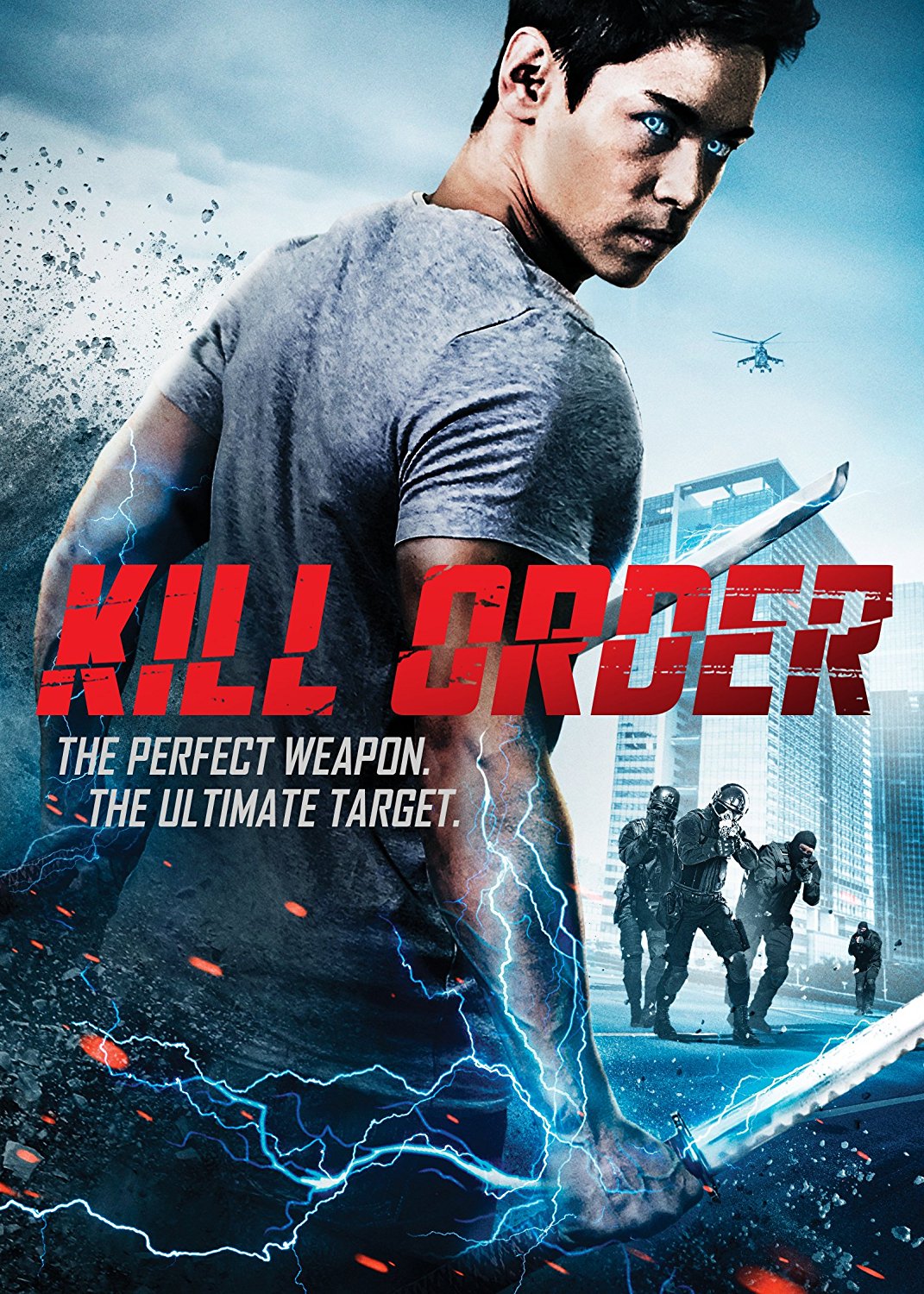