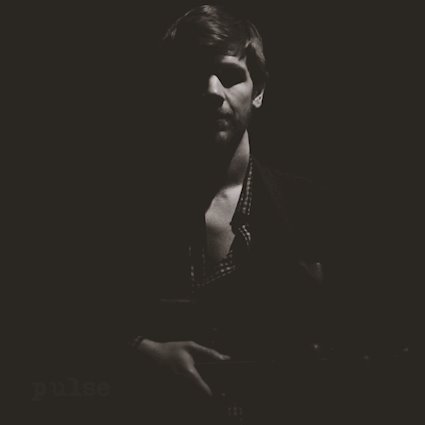 Austin, Texas-based indie rock recording artist Casey Chandler just released the second album, Pulse, under his Galapaghost solo music project. While the album feels influenced by many styles, such as folk, electronic, and pop, Pulse has a direction and tone all of its own with striking and bold imagery, as Chandler tries to find meaning in a meaningless and cruel world.

The album title and title track that kicks off the record comes from the infamous Pulse Nightclub Shooting in Orlando, Florida in 2016. The shooting took 46 lives, while also wounding 58 in one of the bloodiest massacres in American history. You can’t help but feel a sense of mourning and sorrow after listening to the title track, while it sets the mood for Chandler’s album, which questions what it means to be an American these days.

Pulse is amazingly layered with an ethereal sound from beginning to end. It’s tragic and focused, as Chandler takes you on a journey of sadness and confusion that feels like a concept album from the likes of Beck or Nine Inch Nails. The song “Bleed” perfectly captures that sense of mood, confusion, and influence with lyrics like, “So when you come I will be waiting she said/To place this blame upon you/And I’ll have no regrets of breaking your heart/And of taking all that was meant for greatness from you/As he gets on by?He knows he’s still hooked on her high.”

In a sense, Galapaghost’s Pulse feels like it’s in the same tradition of American indie rock singer/songwriters like Ryan Adams and Conor Oberst with its great sense of atmosphere and song arrangements. At times, it feels depressing, while also having a tone of self-deprecation and wordplay that laughs at the absurdity of the world today. Chandler seems to be frustrated with trying to find a piece of home after spending time abroad, while also finding humor that his American culture will always be a part of him, no matter where he goes.

The standout track is “The American Dream (One Nightmare At A Time),” which begins with a country sound that feels solely patriotic, yet ironic in tone and lyrics. There’s a sense of returning home, only to find that home is not quite how you remember and the culture feels dead. But then, in the middle of a passionate and driving sound, the song breaks down into a folky and melodically sweet sound with a great sense of irony, as Chandler repeats the line, “America don’t love you!”

Chandler also tackles a sense of his career and accomplishments as a singer/songwriter in the song “Woke Up On The Wrong Side Of The Earth Today.” It explores notions of continuing down a path of creating music and art, while also dreading that perhaps it might be all for nothing, if there is no immediate success to be had with lyrics like, “Should I do it for you? /Should I do it for me?/What if I don’t really succeed?/I know that life isn’t long/And I should just do what I want.”

Pulse from Galapaghost is a revelation from Casey Chandler as a musician and an artist. It’s a pointed look a American pop culture, while at the same time being a massively impressive work from the singer/songwriter. It’s layered in its music, lyrics, and themes and should be received well by music lovers and trendsetters, alike. I mean, there’s a beatbox credit on this indie rock album! Now that’s worth your time and attention, if you ask me.

Pulse by Galapaghost is now available on Spotify and Bandcamp. For more info, check out Galapaghost’s website here.