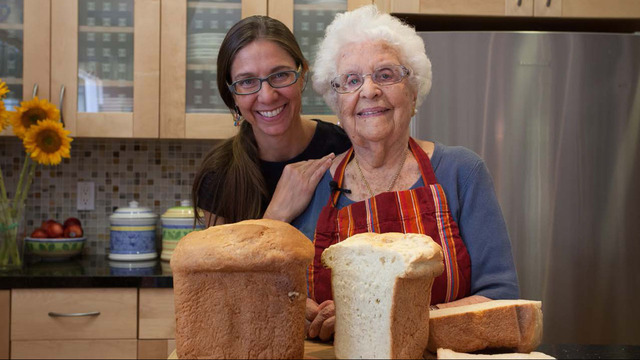 Being a curious guy who at age fifty is thinking of mortality, Moe should take a look at “Lives Well Lived.” The characters portrayed in this doc by Sky Bergman (who wrote, directed, edited, produced and photographed the doc) are from 75 to 103. Spoiler alert: none of the forty folks interviewed, representing 3000 years of wit and wisdom, show interest in dying earlier than 100. The elderly subjects are from California, where the Philadelphia-born California transplant director teaches photography at California Polytech in San Luis Obispo. Why doesn’t anyone feel like bowing out of life before 100? It could be because they are mostly cherry-picked group of citizens, middle-class to upper-middle-class, involved in sculpting, painting, dancing, yoga, reading, and taking long walks along the leafy roads in and about San Luis Obispo.

They do have wisdom to apart, but come up short on wit. In fact the only bon mot came from a fellow who is asked how he happened to have 9 kids. His reply? “My wife couldn’t take her hands off me, and since I never have a headache, I had no excuse.”

As for the wisdom, there is nothing that you don’t already know, because, after all, is there anything original on this subject; something that hasn’t been said in hundreds of self-help books, in movies, on TV, and in your own life? Examples: Family is first. Be kind. Have curiosity. Take some risks. Take one day at a time (whatever that means). Don’t worry about failure: it teaches. There is one comment on the border of originality: “Never try to change anyone, not one bit.”

Obvious points aside, Bergman has succeeded in accumulating some dandy archival film. Nazis occupy Europe. People are poorly clothed during the Depression. Japanese-Americans in California are interned in camps, though the husband of one inmate fought for the U.S. and is shown in military attire (he was killed in action). Whites protest school integration with signs like “Racial mixing is Communism.” Shots of the train leading some lucky children out of Vienna on the kindertransport program to Britain.

The most interesting fellow grew up helping his parents make mozzarella in their food establishment, then taking time out to attend medical school while going home daily to continue baking cheese and then studying medical texts until midnight.

Did anything come across that I could relate strongly to? Of course, but the principal comment to the question “What should young people take away from this” was a wish that young people would stop texting. “They’re oblivious to the beauty around them.” Amen.

The film was shown at the San Luis Obispo Film Festival, which was attended by Evelyn Ricciardi, who wanted most at the age of 103 to see herself on the screen for her 15 minutes of fame. She died three weeks after her birthday and is eulogized by Ms. Bergman.

Cancel reply
Gringo Movie Review
Get to Know a Creative Genius in Being Frank: The Chris Sievey Story Exclusive Poster Premiere
To Top