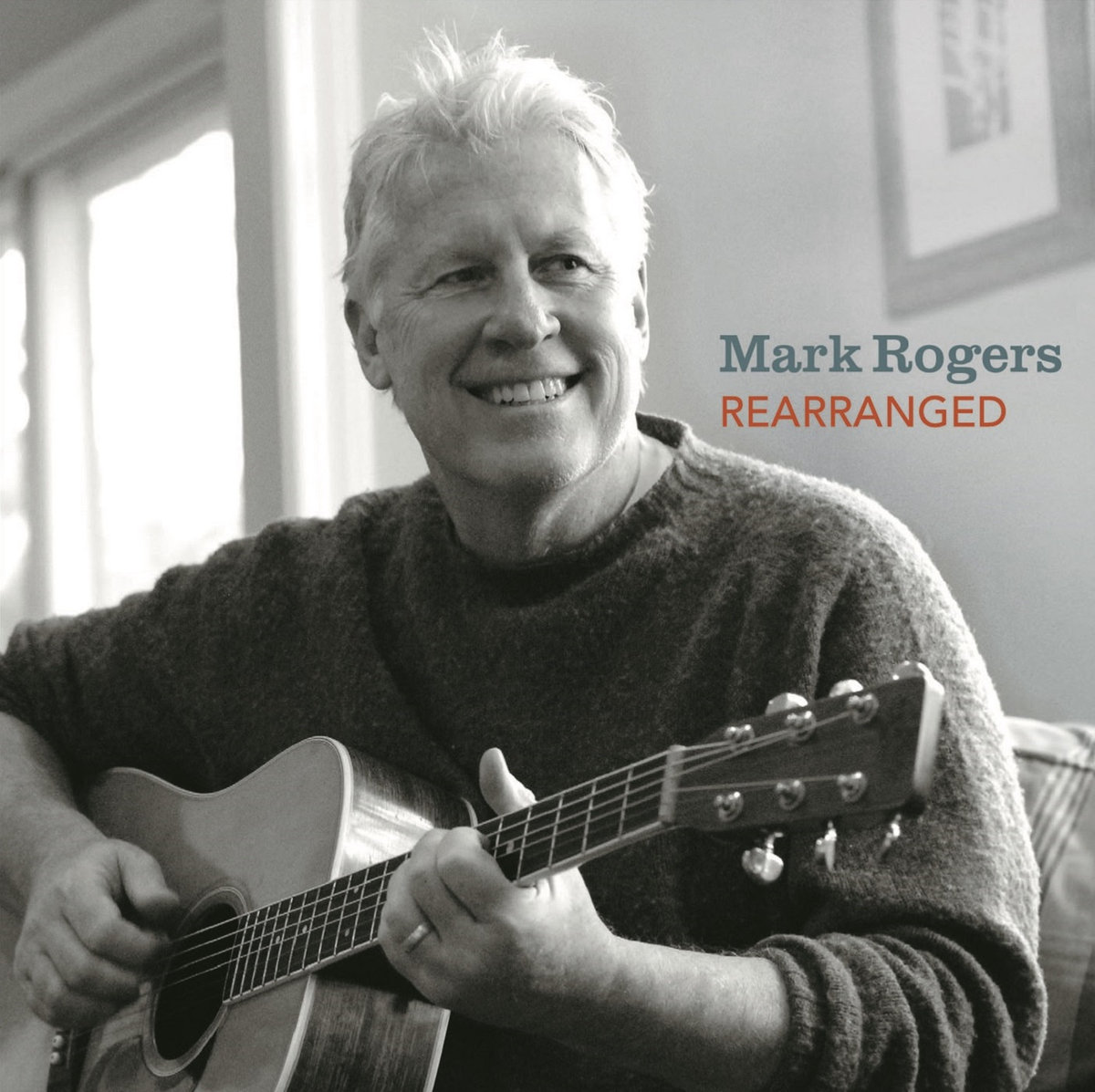 Reflecting on their past decisions, and knowing when to once again pursue the relationships and goals that have slipped away from reach, is a powerful motivator for many people to change their life direction. Deciding whether or not to make that adjustment is a compelling decision that Virginia-based singer-songwriter, Mark Rogers, is contemplating throughout his 6-track debut solo EP, ‘Rearranged.’ Aided by his enthralling performance on the acoustic guitar, the Americana-country-pop-rock album features well-crafted hooks, stunning vocal harmonies and thoughtful lyrics.

Rogers’ consideration of how he wanted to change his life, including how he relates to his family and friends, stems back to when he was a guitarist, bassist and tenor harmony singer for a Washington, DC-based bluegrass band called Tennessee Flying Goose in high school. After college, he decided to head to Los Angeles, in pursuit of the American entertainer’s dreams of attaining stardom. After leading a Cosmic American band in LA and playing at some of the loneliest clubs in Hollywood, he decided to head home to the American capital to raise a family. He later rediscovered music in 2010, and realized that in his professional life, music was the thing that got away.

The musician’s first solo album begins with the Americana-rock entry, ‘Right Here,’ which is led by impressively quaint electric and acoustic guitars and drums. Through a charming melody and relatable aesthetic, the singer calmly and softly croons about how the woman in his life was never going to let him go, and how the years of tears that she brought him tore him apart. But he finds solace in the fact that karma’s going to come around to the people who deserve it the most, and that things will be alright, once they begin to positively change.

The powerful precision in Rogers’ vocals and lyrics is once again combined with a melodic cohesion in his latest production with his next song, ‘Slow Parade.’ The track, which features a more country vibe than its predecessor and a stunning mix of electric, slide and acoustic guitars, a 6-string bass and drums, poses the important question of why it took so long for the person in Rogers’ life to make a decision on their relationship.

The next enthralling tune on ‘Rearranged’ is ‘I Can’t Say Why,’ which interestingly adds a B-3 Hammond to the already intriguing instrumentation mix of guitars and drums. Roger emotionally sings about how he and the woman he was involved with have a heart of steel that prevents them from truly opening up to each other. The song proves to be so riveting because the musician relatably questions why they both stay shut off from connecting.

‘I Can’t Say Why’ then transitions into the best entry on ‘Rearranged,’ which is titled ‘Waiting.’ Adding a piano and pedal steel guitar to the familiar electric and acoustic guitar, 6-string bass and drums infuses a dazzling jazz sound to Rogers’ already noteworthy music. The musician soulfully croons about his regret over not securing a future with the woman who got away. The singer is introspective about the chances he had and missed with the woman he believes is the one. He creatively uses the metaphor of how he feels like he’s standing on the corner of a one-way street, and it doesn’t matter if he did find a way to move his feet, because the relationship would never really work.

The penultimate song on ‘Rearranged’ is ‘Takes Me Back Again,’ which creatively infuses a Nylon-string guitar into the mix of an acoustic guitar, 6-string bass and drums. He’s hurt by the fact that the woman he loves doesn’t care where he’s been, as she has somewhere to go on her own. While she feels that she has everything she needs, Rogers is still reflecting on whether they should be together. The emotional, jazz-infused track has a stunning vibe that would performed well live for a crowd at a jazz cafe.

Roger’s solo debut record ends with the pop-jazz infused tune, ‘The Blue of December,’ which features a piano, B-3 Hammond, 6-string bass and acoustic guitar. The musician claims that he doesn’t truly want to know if things get completely out of control. But he still needs to know if a part of his life is going nowhere, so that he can change his point of view. He also knows that if the things he’s been relying on are starting to weigh him down, he has to move on.

Contemplating their past decisions, and knowing when to once again pursue the relationships and goals that previously slipped away from reach, is a powerful instigator for many people to change their life direction. Deciding to make that compelling adjustment is a committed decision that Rogers is deliberating throughout ‘Rearranged.’ Aided by his enthralling performance on the acoustic guitar, the Americana-country-pop-rock EP features well-crafted hooks, stunning vocal harmonies and thoughtful lyrics that prove Rogers made the right choice in pursuing music again.

For more information on Rogers, visit his Bandcamp, Google Play and iTunes pages.