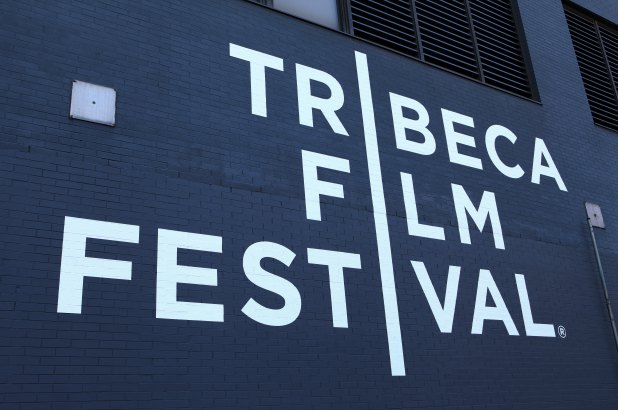 The Tribeca Film Festival has prided itself on being more than a film festival. Over the years, the fest has brought in other activities and media to broaden our understanding of storytelling. Check out all that the festival has to offer in 2018 below:

Celebrating some of today’s most innovative creators who have broken from the mold and pioneered their own forms of storytelling, often mastering multiple mediums.

Academy Award nominee Bradley Cooper will sit down with Robert De Niro to discuss his career as an actor, producer and now director; from his early work in acclaimed comedies such as Wet Hot American Summer, Wedding Crashers and The Hangover trilogy, to his impactful dramatic turns in Silver Linings Playbook and American Sniper, which led to him becoming the tenth actor to receive an Academy Award nomination three years in a row. Most recently, Cooper has been working on his directorial debut, a modern adaptation of A Star is Born, which he also produced, co-wrote, and stars in alongside Lady Gaga. Cooper and De Niro have worked together on such films as Silver Linings Playbook, American Hustle, Joy and Limitless which was their first picture together.

Alec Baldwin and Spike Lee, two of the industry’s most prolific storytellers, will sit down and discuss in great detail their passionate and reverential relationship to film: their favorite movies of all time, the films that have influenced them as creators, and the power of storytelling. Spike Lee is an Academy Award-winning director, producer, writer, actor and activist and NYU Grad FilmTenured Professor, best known for his groundbreaking and acclaimed films, Do The Right Thing, Malcolm X, 4 Little Girls, When The Levees Broke,25th Hour and Inside Man. Alec Baldwin is a critically acclaimed actor, writer, producer, and activist, most recognizable for his roles in Beetlejuice, The Hunt for Red October, Glengarry Glen Ross, 30 Rock, and Saturday Night Live. He is also the hosts of his podcast, Here’s the Thing, for WNYC radio and is the author of three books.

Celebrated singer, songwriter, actor, and producer, John Legend has been releasing billboard hits since his debut album Get Lifted in 2004. He’s earned a total of ten Grammy Awards. John Legend also formed a film and television production company, Get Lifted, in 2014, and executive produced and starred in La La Land and the hit television show, Underground. He won an Oscar and a Golden Globe for his song “Glory” in Selma. In addition to his work in music and film, Legend is also well known for his philanthropic work in education and criminal justice reform. He founded #FREEAMERICA, a campaign designed to change the national conversation of our country’s misguided policies and to make a change in America’s criminal justice system.

In conjunction with the World Premiere of his film Summertime, actor, producer, writer, and director Edward Burns will sit down with award-winning journalist and lead sports columnist for The New York Post Mike Vaccaro to discuss his latest directorial effort, as well as his prolific career in front of and behind the camera. Burns launched his career as a writer/director/actor with The Brothers McMullen, the Grand Jury Prize winner at the 1995 Sundance Film Festival, and went on to write, direct and act in She’s the One, Sidewalks of New York, and Newlyweds. Burns is also known for his star-turning performance in Saving Private Ryan. Most recently, Burns made his mark in television, on the critically acclaimed series Public Morals for TNT and Steven Spielberg’s Amblin Partners, in which he wrote, directed, starred and executive produced.

Summertime, directed and written by Edward Burns. Produced by Aaron Lubin, Edward Burns. (USA) – World Premiere. Set in the summer of 1983 in Rockaway Beach, the film follows a group of recent high school and college graduates as they work summer jobs, fall in and out of love, and prepare for their new worlds to begin after Labor Day weekend.  With Pico Alexander, Edward Burns, Amadeus Serafini, Caitlin Stasey, Rita Volk, Lindsey Morgan, Anthony Ramos.

Prolific actor, musician, and comedian Jamie Foxx is a Hollywood triple threat. Perhaps his most iconic role as an actor, his portrayal of musician Ray Charles in the biopic Ray, landed him an Academy Award, a Golden Globe, and a BAFTA in 2005. The very same year, Foxx was nominated for a second Oscar for his acting in the film Collateral, making him only the second man in history to receive two acting Oscar nominations in the same year for two different roles. In addition to film, Foxx is a GRAMMY award-winning musician, producing four albums that have charted the top ten of the US Billboard 200. Recently, Foxx has taken on the dual role of host and executive producer for the game show Beat Shazam, which will have its second season premiere in May on FOX, and he will also be appearing in Robin Hood, scheduled for theatrical release in November.

throughout their careers that have pushed them towards their achievements

This new series will extend year-round with TUMI taking The Journey on the road throughout 2018 with the first Talk starting at the Festival.

Sarah Jessica Parker will discuss her illustrious career across multiple platforms in Broadway, film, television, fashion and the literary world. From acting and producing with her Emmy Award-winning role in Sex & the City to her current show Divorce, for which she has been nominated for a Golden Globe. She has become synonymous with New York where she lives and runs her own production company Pretty Matches. She will speak to the path she has so boldly crafted for herself to forge such achievements.?

Supported by The Mayor’s Office of Media and Entertainment

a specific sector of the filmmaking process.

These programs are free.

American television writing duo, Robert and Michelle King, will sit down with The Daily Show Executive Producers Steve Bodow and Jennifer Flanz, to discuss what it takes to write and produce a compelling show and the grit required to churn out episodes that feel timely and fresh. The Kings are a Golden Globe Award and Emmy Award-nominated writing team. Their work on their two major hit series The Good Wife and The Good Fight touch on a wide range of issues, from political corruption to cyber-security — making their shows simultaneously gripping and true to life. Bodow and Flanz have collectively won over 20 Primetime Emmy Awards for The Daily Show’s hilariously cutting political satire, garnering remarkable success and notoriety for the show.

Since 1927, sound has transported film audiences from the theater to the alternate realities projected on the screen in front of them. From the haunting theme of Jaws to the lightsabers of Star Wars, filmmakers know that sound has the power to surprise, uplift, and terrify. But what if you’re a low-budget filmmaker working on a documentary or narrative film without access to big studio budgets or musicians and sound teams? Join festival film creators as they discuss the art of designing sound and music that will stick with people long after watching a movie, no matter the size of your budget. Moderated by Glenn Kiser, Director of the Dolby Institute.

Tribeca Talks: The Future of Film is anchored to conversations around storytelling and technology.

These programs are free.

Artificial Intelligence and Augmented & Reality: The Future of Immersive Storytelling

Augmented Reality (AR) and Artificial Intelligence (AI) are two tech advances with the potential to fundamentally change society. AR layers digital information onto our actual reality, while AI allows machines to learn in an unprecedented way. How are these innovative technologies being used to forge new methods of storytelling, and are they the future of immersive entertainment? Panelists include Fable Studios co-founder Edward Saatchi, and Asad Malik, the creator of Terminal 3, an interactive AR documentary which is world premiering in the Tribeca Immersive program.

Education and Advocacy in VR

Virtual Reality (VR) is creating new and unique opportunities for teachers, creators, advocates, and audiences to connect in meaningful ways. Leaders in the field will show how VR is forging new means to immerse its viewers in issues in order to inspire, educate, and effect change. Panelists include the creator of SPHERES: Pale Blue Dot, Eliza McNitt, the co-creator of 1000 Cut Journey, Courtney Cogburn, Executive Producer of Oculus VR for Good, Amy Seidenwurm, and Elise Pearlstein, Executive Producer of This is Climate Change and SVP of and TV andFilm at Participant Media.

Blockchain was originally devised for the digital currency Bitcoin, but the tech community is now finding other potential uses for the technology, from feeding digital kittens to funding films. Blockchain-based funding has the potential to enable new and creative stories to be financed that might have otherwise been turned away by Hollywood studio executives. Blockchain technology is being positioned to disrupt the traditional method of financing and distribution in the film world, but what does this mean for the industry? Panelists include the writer/director ofBraid, Mitzi Peirone.

Entertainment media is finally evolving, and its technology which is revolutionizing it for the truly digital age. Join us in conversation with the world’s leading interactive video technology, Wirewax, and globally-renowned tastemakers Netflix, Digital Reign amongst others, to unveil how they’re poised to ride this new wave of digital entertainment.  We’ll get inside the minds of those who are leading the march and using interactive video to deepen audience involvement and depart from passive video consumption. Panelists include David Shlafman, Interactive Originals at Netflix and Evette Vargas, CEO of Digital Reign.

The Game-Changer:  Building Faster, Smarter Games on the Cloud

How can you game faster, build smarter and meet gamer demands through creating games on the cloud? Come and play games created by New York City game developers in a 48-hour game jam and join them as they discuss the process of designing and building games on the cloud inspired by the theme “Acceleration.”

IBM will partner with Tribeca Games for a game jam for 15 of New York’s top independent game developers. The jam will bring together three teams of five developers to build three new games using IBM tools and technology. These games will be made available for play during the Festival in the Festival Lounge at theTribeca Festival Hub.

ESPN’s 30 for 30 Podcasts will premiere its first serialized season this spring: five episodes that delve deep into the complicated world of Bikram Yoga, a community grappling with its identity and survival and amid sexual assault allegations against its charismatic founder, Bikram Choudhury. Reporter and producer Julia Lowrie Henderson and host and editor Jody Avirgan will sit down to discuss their experience diving into this powerful story that offers timely lessons for how we think about sports, gender, power and community, as well as play an exclusive clip from the upcoming season.