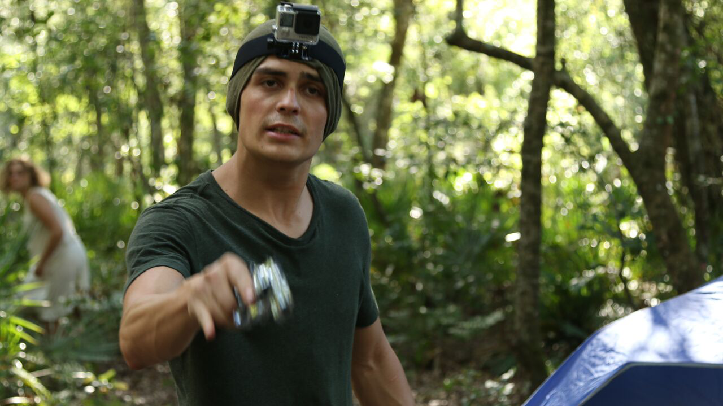 One of the biggest concerns of modern society is how much privacy and security people have online, especially when they share many of the personal details of their lives on social media. That’s certainly the moral question the characters are asking themselves in the new thriller, ‘Followers.’

Shockya is also exploring that quandary as we debut an exclusive clip from the drama, which is called ‘Man Speaking Alone.’ We’re premiering the clip in honor of ‘Followers’ being released in select theaters nationwide (including in such cities as Los Angeles, Dallas, Boston, Phoenix, Seattle, Tampa, Miami, Denver, Cleveland and Allentown, Pennsylvania) and on Digital HD and VOD tomorrow by Cinedigm. The found footage horror-thriller’s official distribution comes after it screened last year at the Miami Independent Film Festival, Alexandria Film Festival and Upstate NY Horror Film Festival.

‘Followers’ showcases Brooke (Delaney) and Caleb (Maina), a social media celebrity couple, who are celebrating their special anniversary on a camping trip deep in the woods of sunny Florida. The plan on recording the entire trip for their fans, and Caleb even has a special surprise for her to make this weekend extra special.

But they are not alone. Helpless and cut off from all communication, Brooke and Caleb are being followed by Nick and Jake (Gogna and Gloria), two aspiring filmmakers who are hell-bend on filming a documentary on how easy it is to track someone down through social media…and kill them.

Shockya is debuting an exclusive clip from director-producer Ryan Justice's found-footage horror thriller, 'Followers,' which stars Amanda Delaney and Justin Maina, and Cinedigm is releasing in select theaters and on Digital HD and VOD.