"Use Your Delusion" – Honus Honus Tour Doc Trailer from Cartwheel Films on Vimeo.

Determinedly searching for the meaning in continuing to pursue a dream that now seems frivolous is a relatable exploration that many people embark on during their lives. One such person to examine their career choice is Ryan Kattner, the former front man from the experimental rock band, Man Man. His journey is presented in the new documentary, ‘Use Your Delusion,’ which is premiering at the American Documentary Film Festival next month. In honor of the movie’s screening at the festival, ShockYa is exclusively debuting the trailer for the film.

‘Use Your Delusion’ shows how Kattner changed his stage name to Honus Honus after he decided to go solo. The film, which is named after Honus Honus’s first solo album, was directed by Justin Carlton and Jamie Vega Wheeler, who also served as a producer on the documentary with Laurel Miller and Martina Harte.

The following synopsis for ‘Use Your Delusion’ has been released:

Man Man frontman, Ryan Kattner, didn’t want to be sleeping on hotel room floors 15 years into making music, but he doesn’t have a choice. Starting over as an opening act under the name Honus Honus, he searches for the joy in making music with the people he loves. This enduring task is a hustle, and pressure for any kind of success looms in each new city and on each new stage, as he tries to win over an audience-one song at a time. 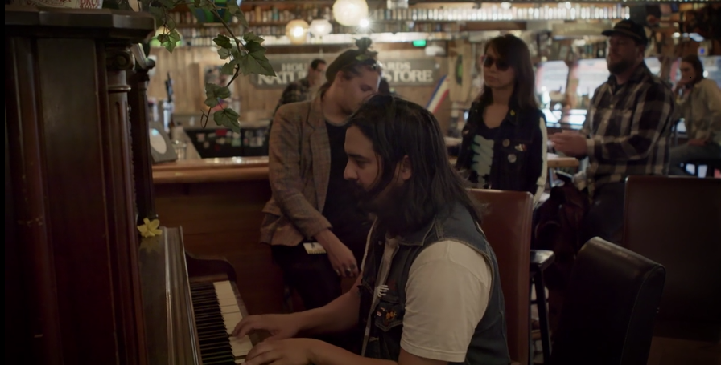 The official trailer for directors Justin Carlton and Jamie Vega Wheeler's music documentary, 'Use Your Delusion,' which focuses on the journey of singer Ryan Kattner, who goes by the stage name Honus Honus.