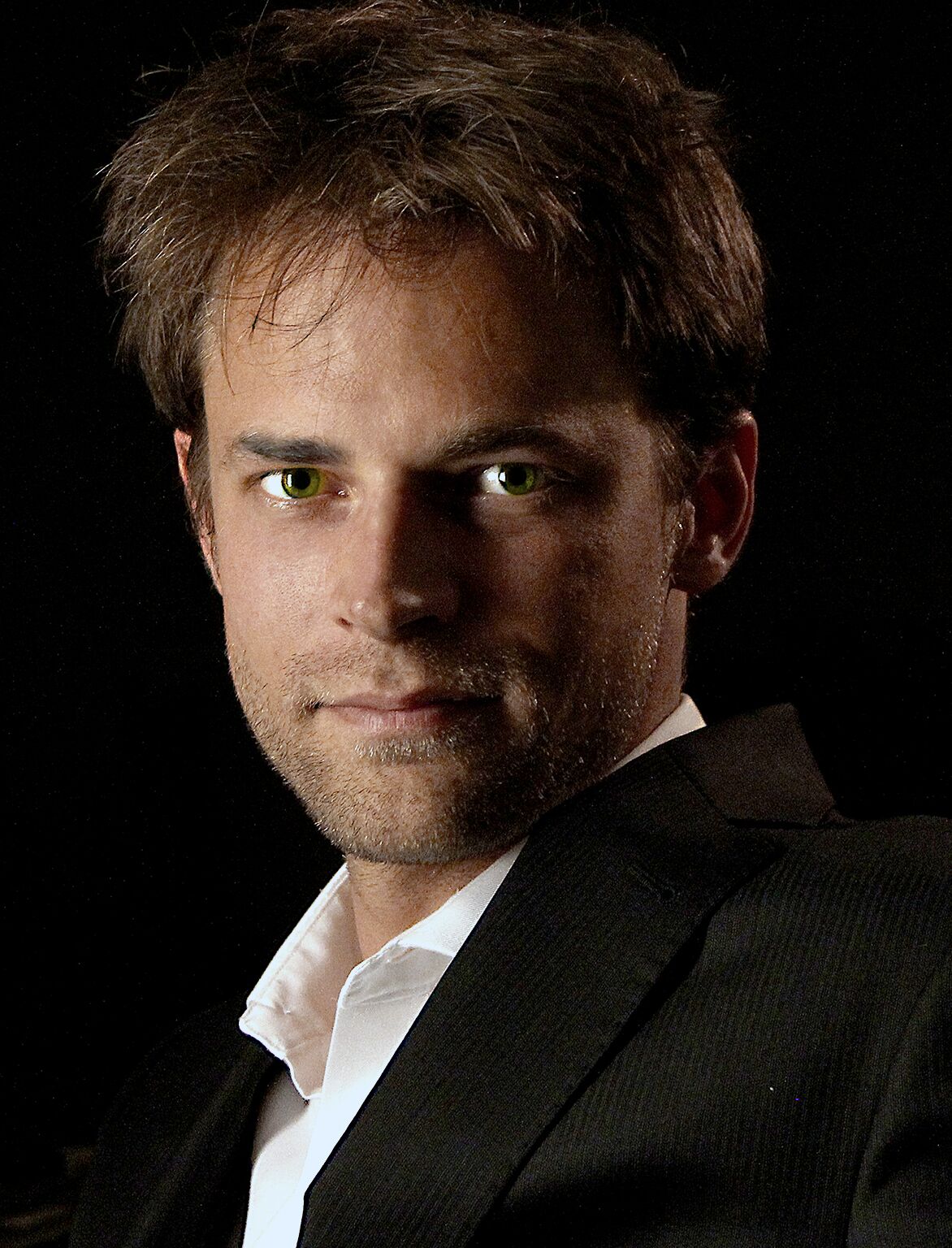 Becoming obsessed with the connection between humans and our more savage ancestors and primitive roots is a powerful inspiration for filmmakers who wish to create strange fairy tales and mythological creatures for the screen. That captivating idea strongly inspired Fritz Böhm to make his feature film writing and directorial debuts with the new horror movie, ‘Wildling.’ The filmmaker, who co-scribed the script for the fantasy movie with Florian Eder, has also long been more intrigued by the villains of popular childhood fairy tales than by the protagonists. The up-and-coming helmer feels that the menacing, but equally misunderstood, characters have backgrounds and stories that are more heartbreaking than the protagonists do, which need to be fully examined.

IFC Midnight released ‘Wildling’ this weekend in theaters in New York and Los Angeles, as well as on VOD and Digital HD. The official distribution comes after the drama had its World Premiere in the Narrative Spotlight section of this year’s SXSW.

‘Wildling’ follows a young girl, Anna (Bel Powley), who grew up alone in a locked attic. Her only interaction with the outside world has been through her barred window and with the man she calls Daddy (Brad Dourif). He explains to her that he keeps her isolated in order to protect her from the title beast, which is known to snatch and devour children. Daddy also tells Anna that she’s sick, and the only way for her to get better is to give her injections. But after her condition worsens, he takes drastic measures to try to save her, which only leads her to wake up in a hospital bed. Anna struggles to contend withing her new world, which is nothing like she imagined, and the only solace she finds is in her new connection with the town sheriff, Ellen (Liv Tyler).

When Ellen then decides not to allow Anna to return to Daddy’s home, the official decides to bring the teenage girl to live with her, until the mystery of her life with Daddy can be solved. Even though she’s finally free from her captivity, Anna struggles to adjust to her life with Ellen, and prefers to roam the hills surrounding the town. Within the forest, the girl encounters a mysterious wolf man (James Le Gros), who lives in a cave. As she spends more time outdoors, Anna senses her body is developing in mysterious ways. After a violent encounter with a hostile male classmate, Anna fears that she can’t return to live with Ellen, but the alternative of living on her own is almost too terrifying to consider.

Böhm generously took the time recently to talk about co-writing and directing ‘Wildling’ during an exclusive phone interview. Among other things, the filmmaker discussed how since his childhood, he’s wanted to create his own misunderstood female creature that would fit perfectly into a dark fairy tale. He also expressed his gratitude that the fantasy horror movie was so well received during its premiere run at SXSW.

The conversation began with Böhm explaining what inspired him to pen the script for ‘Wildling.’ The idea “goes way back to my childhood, when I had the wish to create my own misunderstood creature, in the sense of a dark fairy tale. I always loved fairy tales, from my early childhood on,” the scribe explained. “I also felt like there was a need to have more female-driven fairy tales, where we actually go into the perspectives of both the woman and the creature. I felt like there’s a lack of that type of story” in this genre.

After the screenplay was completed, Böhm felt drawn to make his feature film directorial debut with the horror movie, because “If you both write a project, you feel very precious about it, and want to make sure every detail is right. Luckily, I had the opportunity to direct shorts before, and also served as a producer on some projects, so I felt quite prepared to make the step into directing a feature. It also helped that I had a background in post-production, which I was able to utilize on this project. It’s always exciting when you get to experience something for the first time, and I definitely enjoyed the directing experience on this film.”

After he decided to helm ‘Wildling,’ Böhm started to think about who he would cast in the drama, which he admitted he knew would be a challenging process. “We knew that it was going to be a tall order to find a young actress who could portray Anna, from all the way from the time she was a young teenager to when she becomes a majestic creature. Along the way, she would also have to have a wide-eyed sense of wonder, as she discovers the world for the first time. It was a lot to ask for from a young actress,” the director explained.

“So the movie only started to become a reality when we found Bel Powley to portray Anna. She was discovered by my producers, who saw her at (the) Sundance (Film Festival in 2015) in (the drama,) ‘The Diary of a Teenage Girl.’ I hadn’t seen the movie yet at that point, but they were raving about it,” Böhm divulged. “I then met Bel, and saw the contrast between her character in ‘The Diary of a Teenage Girl’ and her real-life persona. During our first meeting, I immediately realized that she has extreme transformative talent as an actress. So I knew right away that we had found our Anna, and could move on to cast the rest of the characters and make the movie.”

All of the other actors were cast after Powley, “because it was always clear to me that Anna is the most important character. The whole movie is from her perspective, and the story tries to make the audience feel as though they’re in her skin, and are seeing the world through her eyes,” the filmmaker explained. “Overall, I feel as though I got very lucky with the cast. Every single one of the actors, especially Liv Tyler and Brad Dourif, were attracted to the script, and felt that they had interesting roles to work with on the film. With Bel also already on board, we were easily able to round up the great cast.”

Once all of the actors were cast in ‘Wildling,’ Böhm sat down with them for multiple hours during the pre-production period, in order to “thoroughly go through the script. We talked about every scene and aspect of the character’s background. We also discussed the emotional subtext of each scene. But I refrained from having the actors do any true rehearsals, because I wanted their performances to be fresh on the first take. That way when the cameras were rolling, they weren’t trying to duplicate anything that they did during the rehearsals. I feel like that approach worked out very well,” the helmer shared. “It was astonishing to see how every actor brought in their own ideas about the emotional backgrounds of their characters. I encouraged them to do that, so that we could make their performances be as authentic as possible.”

Once production on ‘Wildling’ was completed, having it premiere at SXSW last month was an experience that Böhm also described as being “exciting and rewarding. We spent all of this time working on the movie, especially on such a limited budget and schedule. But then being able to present it to the audience at the festival was so satisfying. I’m so grateful that we were able to show the movie during such a beautiful platform at the festival. Shout-out to Janet Pierson,” who’s the Director of Film at SXSW, and is responsible for the vision, programming and execution of the film portion of the festival. “She really makes it a unique experience, and takes care of the filmmakers. We also found a lovely audience at the festival who embraced the movie. So the whole experience was very rewarding.”