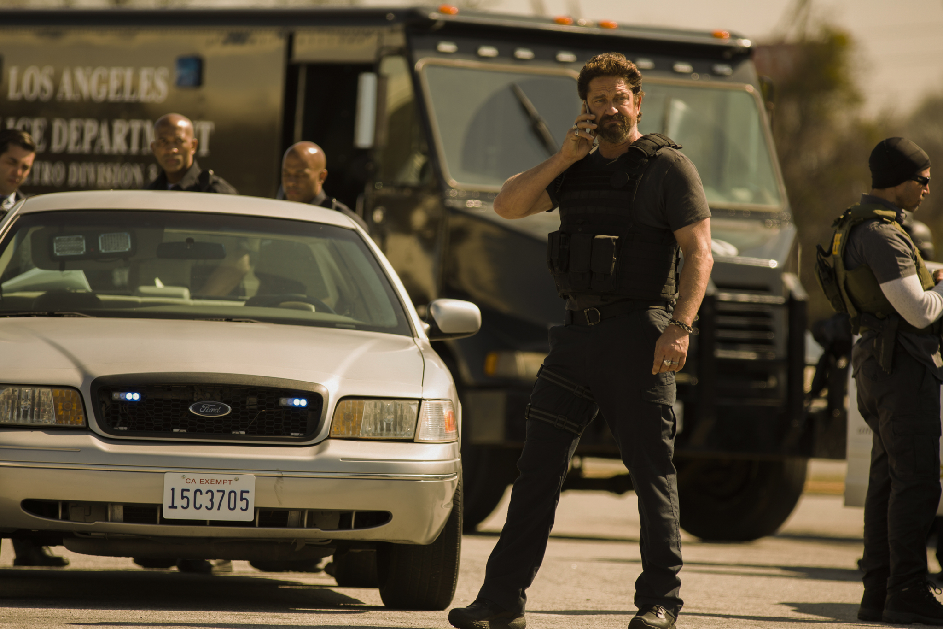 Elite crews who are addicted to high adrenaline are often unbeatable as they pursue their high-stakes goals. While they’re all often unbeatable, one side must ultimately surrender to their enemy’s success in defeating them. That’s certainly the case with the heist crew and Los Angeles detectives who are pursuing them in the heist film, ‘Den of Thieves.’

The crime drama arrived on such Digital platforms as Amazon Instant Video, iTunes, Vudu and Google Play on April 10. ‘Den of Thieves’ was also distributed on Blu-ray, DVD and On Demand this week by STXfilms and Universal Pictures Home Entertainment. 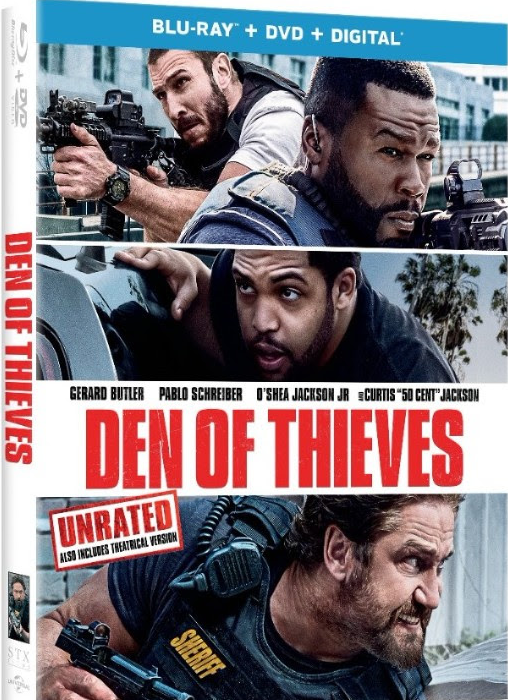 The cover for the Blu-ray-DVD-digital release of co-writer-director-producer Christian Gudegast’s crime drama, ‘Den of Thieves.’

In honor of ‘Den of Thieves’ home release, two home entertainment assets have been unveiled, which showcase the twists and turns of the high-stakes plot. One asset is a digital poster infographic, which highlights how the title thieves planned the bank plot that propels the plot. The other asset is a bonus feature alternate ending clip, which lets fans preview an alternate ending that wasn’t shown in theaters, to see how things might have ended differently.

In addition to both the action-packed theatrical version and the extended unrated version with footage not seen in theaters, the Blu-ray, DVD and Digital releases of ‘Den of Thieves’ also feature never-before seen bonus content including an alternate ending, outtakes and deleted scenes, and commentary from Gudegast and producer Tucker Tooley. There are also such featurettes as ‘Alpha Males,’ during which the cast describes how the tough characters in the film blur the lines between the good guys and the bad guys; ‘Into the Den,’ in which Gudegast and the cast describe the two brotherhoods within the film-the renegades and the outlaws-and their unique sets of skills; and ‘Alameda Corridor,’ where the cast and director discuss filming the intense scene that take place on the streets of L.A. and the extensive weapons training it took to film it.