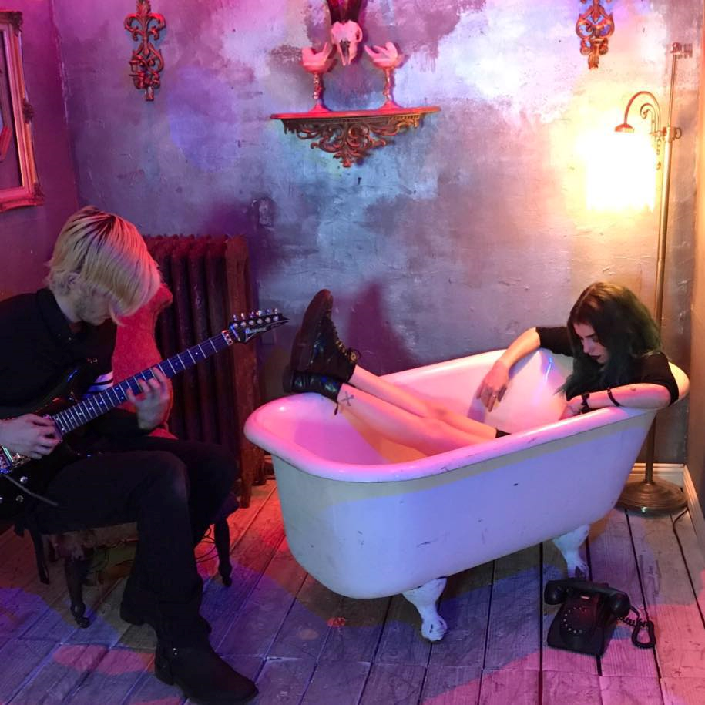 Embodying the ideas of the culture around them, while also maintaining their own true identity, isn’t always the easiest path for many adolescents. But the members of Almost Awake, the young, female-fronted, five piece rock band from Las Vegas, are doing just that with their powerful single, ‘Cloudwalker.’

The indie-alternative song features the signature high energy sound of the teenagers, who are led by singer Vick Liano, and were just signed to Tommy Boy Records. Her striking vocals are helping to showcase the phenomenal and unique combination of styles and songwriting skills of the group, which formed in mid-2014 in Las Vegas. Since then, the band has garnered a huge following from audiences. Almost Awake has also received continued critical acclaim for their unparalleled sound, which takes inspiration from such bands and musicians as Nirvana, Joe Satriani and Marcus Miller, and is a bombastic blend of melody and musicianship.

Throughout the entirety of ‘Cloudwalkers,’ Liano earnestly emotes that she has a different mindset from everyone else at times. Despite her diverse nature, she also compelling proclaims that she still will do whatever it takes to survive and be taken seriously by her peers, family and the rest of society. The vocalist also ardently states that she will take her time to pursue what she wants. The tune’s powerful meaning proves that the experiences the front woman and her bandmates have had relate to audiences of all ages, and that they’re mature beyond their years.

‘Cloudwalker’s video commandingly shows the struggles that teens of the same age as Liano and her fellow musicians have when they feel like they’re not being heard by, or connecting with, the people in their lives at home and in school. The narrative is intercut with sequences of the members of Almost Awake emotionally performing the song. The video offers a sentimental glimpse into what it means for young people to lose touch with their loved ones, as they struggle to find way back to each other.

Embracing the ideas of society around them, while also preserving their own true personality, isn’t always the simplest path for many adolescents. But the members of Almost Awake are doing just that with ‘Cloudwalker.’ The song was the right choice to be one of the group’s singles, as it emotionally captures teenagers emotional turmoil to be accepted for who they are at home and in school. The indie-alternative rock tune also features the band’s signature high energy sound, and has the potential to become the musicians’ first mainstream commercial radio hit.