The Winchester Mansion’s sinister secrets are being revealed in homes across America, as the fantasy film is now available on Digital, Blu-ray Combo Pack (plus DVD and Digital), DVD and On Demand, courtesy of Lionsgate. The haunting tale, which is inspired by true event, was directed by genre veterans, The Spierig Brothers (‘Jigsaw,’ ‘Predestination’ and ‘Daybreakers‘, who also co-wrote the script with Tom Vaughan.

In honor of the biopic being release on home entertainment this spring, Shockya is offering one lucky winner a Blu-ray Combo Pack of the horror movie. To enter, email us at ShockyaGiveaway@aol.com. Let us know that you’re entering to win the ‘Winchester’ Blu-ray Combo Pack giveaway in the email’s subject line and message. You have until next next Monday, May 14, to enter, and you can enter the contest once daily. After May 14, we’ll pick the winner at random, and notify them through email. Good luck!

Inspired by true events, ‘Winchester’ is set on an isolated stretch of land outside of San Francisco, where there sits the world’s most haunted house. Seven stories tall with hundreds of rooms, the house has been under construction for decades. But heiress Sarah Winchester (Mirren) is not building for herself, for her niece, Marion Marriott (Snook), or for the troubled doctor, Eric Price (Clarke), she has summoned. She is building it as an asylum for hundreds of vengeful ghosts.

The drama’s Blu-ray Combo Pack and DVD include a never-before-seen making of featurette, which includes cast and crew interviews. The Blu-ray and DVD will be available for the suggested retail price of $39.99 and $29.95, respectively. 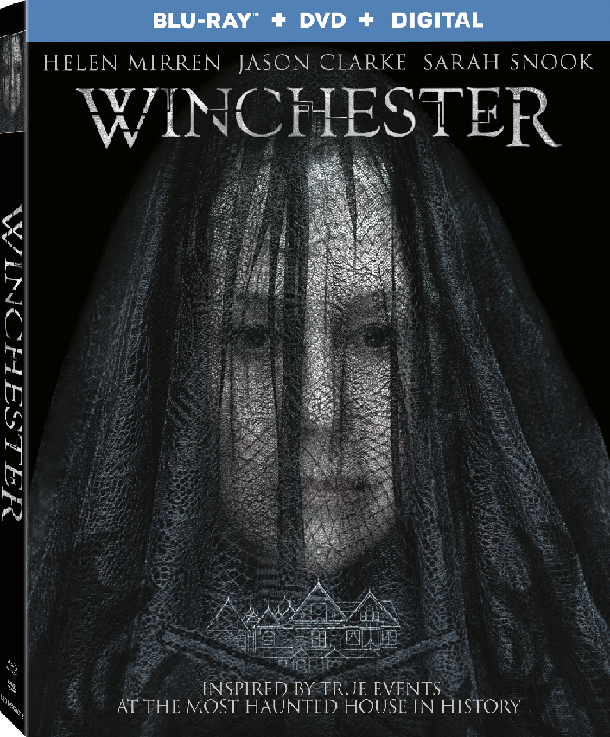