Embarking on a journey in order to uncover a shocking truth can jeopardize a person’s career, personal life and ultimately, their sanity. That unstoppable drive to embark on a troubling exploration in order to find facts is the powerfully showcased in the newly released poster for the upcoming horror movie, ‘The Nightmare Gallery.’ The drama’s co-production companies, Seraph Films and AWOL Studios, have unveiled the poster for the feature, which stars Amber Benson (‘Buffy the Vampire Slayer’).

The thriller was written by Jhan Harp and Rob Stith, and directed by Gene Blalock. In addition to Benson, ‘The Nightmare Gallery’ also stars Kevin Chamberlin, Mat Devin

‘The Nightmare Gallery’ follows an anthropology professor, Samantha Rand (Benson), as she investigates the sudden and suspicious disappearance of her star pupil. A mysterious collection of occult artifacts leads her on a nightmarish, ‘Da Vinci Code’-esque journey toward an unspeakable truth that will threaten her career, her marriage and her sanity.

Of the horror movie’s newly released image, Gene Blalock, the director and founder of Seraph Films, said: “I’m so excited about the poster, as it really feels like it captures the film’s balance between cerebral horror and dramatic, emotional torment.”

The drama is currently in post-production, and its trailer is set to debut soon. For more information on ‘The Nightmare Gallery,’ visit its official website. 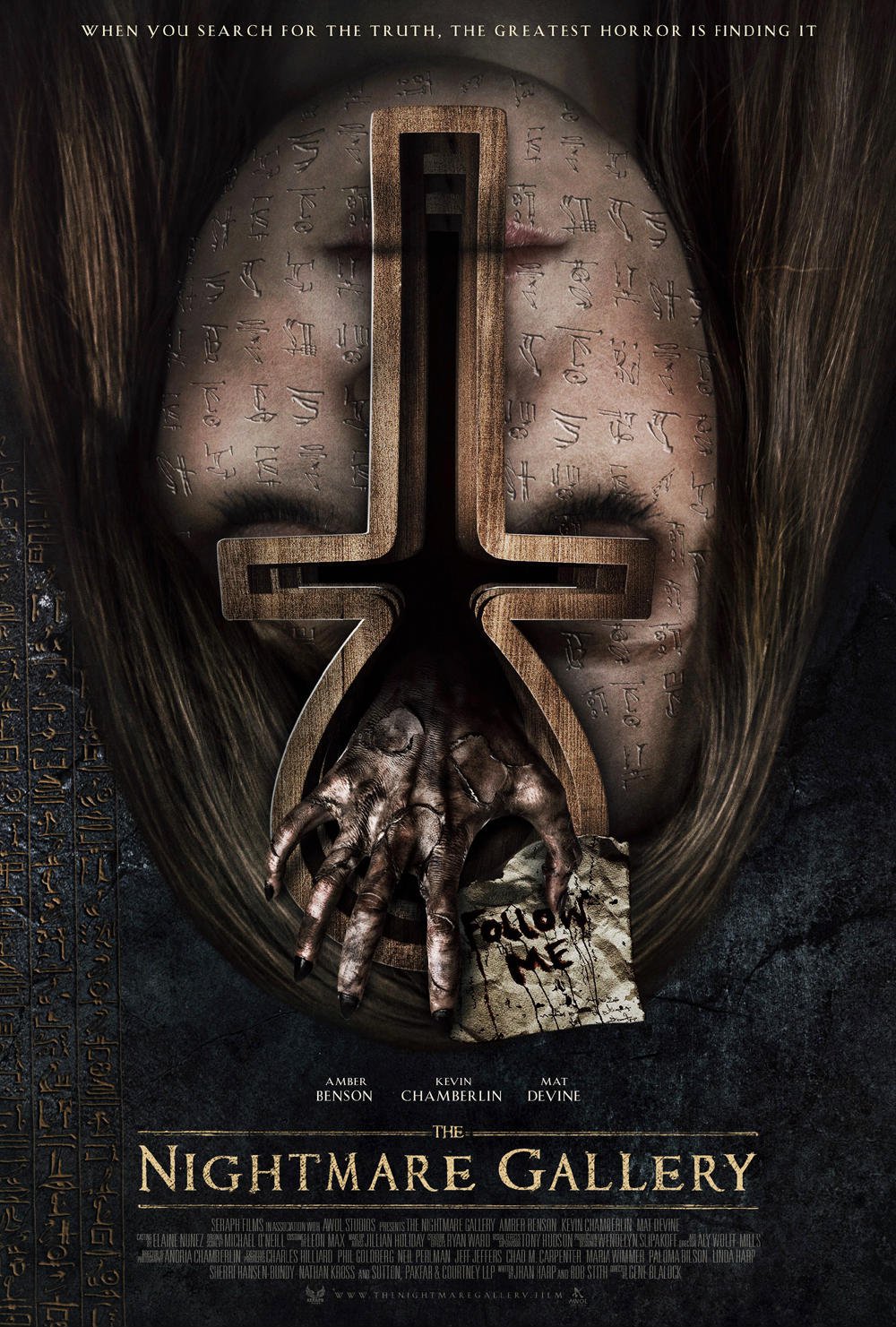