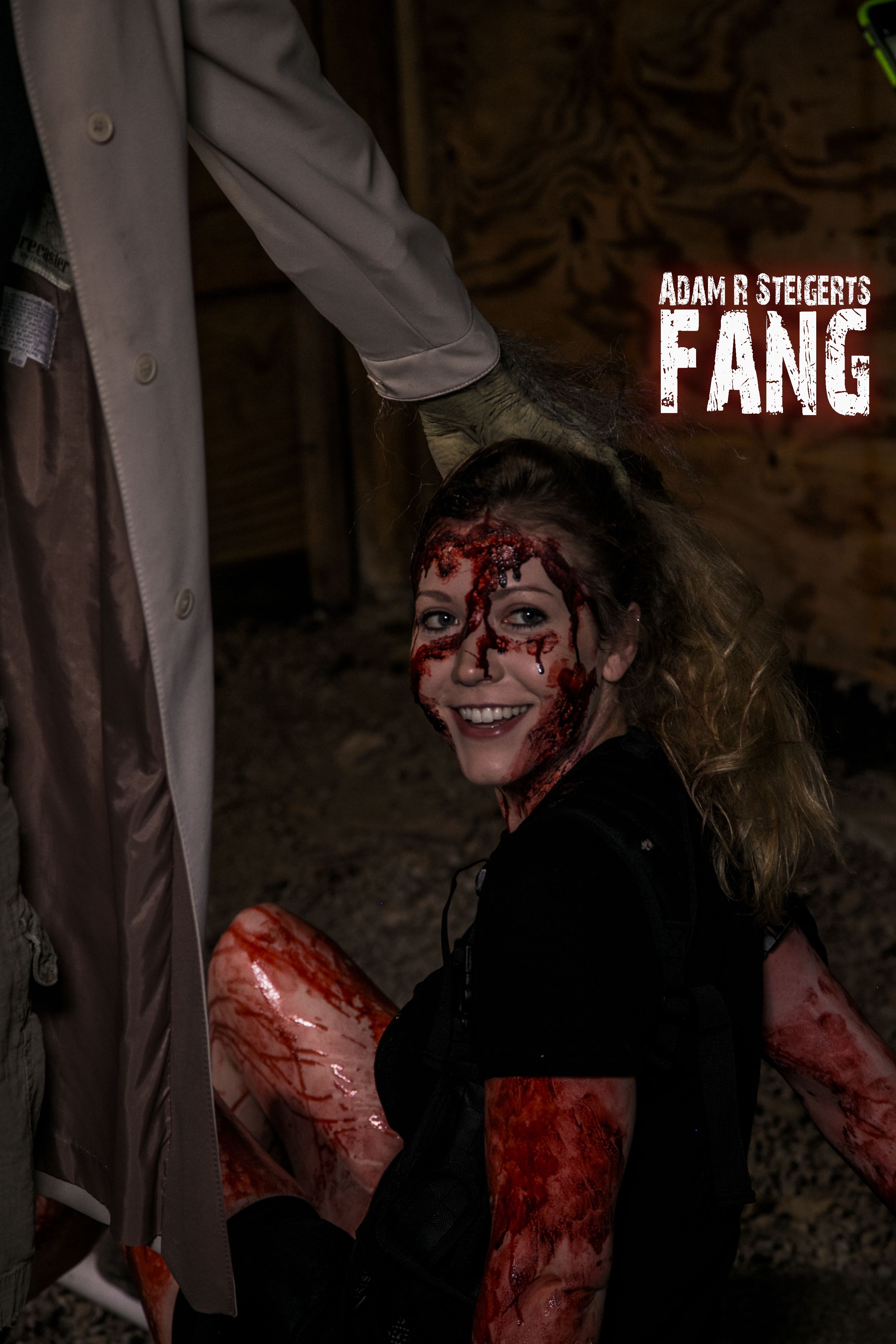 A bold and frightening new vision in the werewolf mythology is being brought to life in the upcoming horror film, ‘Fang.’ In honor of the movie’s planned October 2018 distribution, it production companies, A.R.S. Films and DefTone Pictures Studios Inc., will release the drama’s first full length trailer on May 29, which is the night of the next full moon. In addition to the announcement of the official trailer’s distribution, Shockya is also exclusively premiering a new image from the movie, which features actresses Melodie Roehrig.

Adam R. Steigert (‘Prisoner’s of the Dead,’ ‘A Grim Becoming’) served as the writer, director, executive producer and director of photography on ‘Fang.’ The filmmaker is known for his unique methods of storytelling, and is promising a hardcore horror movie in ‘Fang’ that will shock audiences and guarantee a gory, suspenseful thrill ride. The drama, which has wrapped principal photography, promises a fresh new tale in the mythology of werewolf films. He has also pledged to make the movie a gory, artistic, suspense thrill ride.

Further speaking about the status of the production, Steigert added: “It’s been a very interesting ride. When I first proposed the concept to producers, I pitched how the film would be an artistic horror film, full of suspense and extreme gore. Like any new pitch, I felt like there might have been reservation, not only from producers, but from cast as well. But each one trusted my direction and vision, and for that I am extremely grateful. I feel that we have been able to create together an iconic horror film that will last for ages, and could very well be compared to some of the all-time greats that defined ‘horror.'”

‘Fang’ follows Chloe Romero (Roehrig) and Joe Spencer (Theo Maefs) after they participate in a robbery and unplanned murder. Following the crime, they set out to hide at a distant relative’s house, but end up being stalked as prey and hunted by unknown creatures and forces.

In addition to Roehrig and Maefs, the drama also stars Jennie Russo, Michael O’Hear, Melantha Blackthorne and Jason John Beebe. For more information on ‘Fang,’ which is currently in post-production, visit its Facebook and Instagram pages.