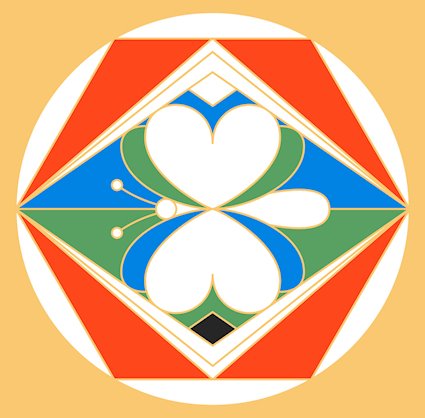 Based in Switzerland, Conscious Presence — the hip-hop duo of rapper The Soul Seeker and producer Sage-Sound — has a thing for creating modern music with vintage technology. The pair’s self-titled debut was recorded at Satori Records in Aargau, Switzerland using a 50-year-old analog tape machine in one take to capture their “performance” style. It completely comes through, as the album is completely warm in its tone that brings out the “authenticity” of their sound.

“We recorded everything in Satori Records vintage studio onto a tape machine, which means; every song was recorded (in) one-take, even with the DJs on cue doing scratches,” said Conscious Presence in a statement. “Even the music video was filmed with an old tape camera to keep the feeling authentic. Sound quality of the 70s, music of the 90s and a message of today.”

The self-titled album opens with the song “Dedication,” which has strong flow and a steady beat. It has a retro sound from the 1990s with a simple A/B/A/B rhyme scheme. “Metal & Cement” has a good dose of soul with a chill tone that runs deep, as the track “Original” has a quick wit and groovy vibe that will keep your head bouncing.

The song “Soul Trap” takes a turn for turntablism with wonderful breaks in a uppity party jam. And the album even includes a fun throwback interlude with “The Now,” while “The Vibes” comes back to the songs with a steady and thumping bassline with clever lyrics with tons of wordplay. “Curiosity” is a playful and bouncy song that lasts in the listener’s mind and soul.

The track “Love Everybody” features a strong drums and piano combo from Sound-Sage with The Soul Seeker’s hot fire lyrics laid on top, while “Divine,” which has an accompanied music video, feels like the type of conscious hip hop from the 1990s like Brand Nubian or Eric B. and Rakim that Conscious Presence is aiming for. It’s something that’s lacking in today’s mainstream hip-hop that seems more concern about corporate sponsorship than staying “woke.”

“Path of the Sage” is another interlude that feels like the stage is being re-dressed for another performance or act, while “CP Theme Song” (Conscious Presence?) brings the listener back to the wild style of The Soul Seeker and Sound-Sage. And “Elements” features a steady stream of consciousness with deep breaks and solid turntablism.

The song “Seed of Love” feels like it could be an unreleased b-side from Nas during his Illmatic days, while “Warrior Spiritual” slows it down even more with a strong flow and chill production value.

“Patience” gives the listener another break with a soulful interlude, which feels like the album is broken up into five separate parts. “Resonance” is a very strong track with witty and clever lyrics with head-bobbing beats that will have you nodding along. It’s one of the best of the entire album.

Finally, “Farewell, Wayfarer” is a good climber that increasingly gets more and more clever as the song goes on, while the album ends with the track “Steadfast Stillness,” which feels like a very good capper through the musical journey from Conscious Presence. It features a hard-hitting bassline that holds the track together from beginning to end.

Overall, Conscious Presence’s self-titled album works in many ways, but often comes off as repetitive and underachieving. With a staggering 21 tracks, it seems the hip-hop duo could’ve conveyed the same message and sound with half of that. While it’s a retro throwback to hip-hop from the 90s, Conscious Presence should’ve also adhered to the limitations of album from back in the day, namely when it comes to length.

Conscious Presence is smart with something compelling on its mind, as The Soul Seeker delivers a steady lyrical flow and Sound-Sage creates great bars reminiscent of music from the 90s. However, the duo’s sound appears to be somewhat timid and less experimental to keep this listener’s attention throughout.

Songs: C+
Technical: B
Overall: B-

For more information on Conscious Presence, check out the duo’s Bandcamp page.