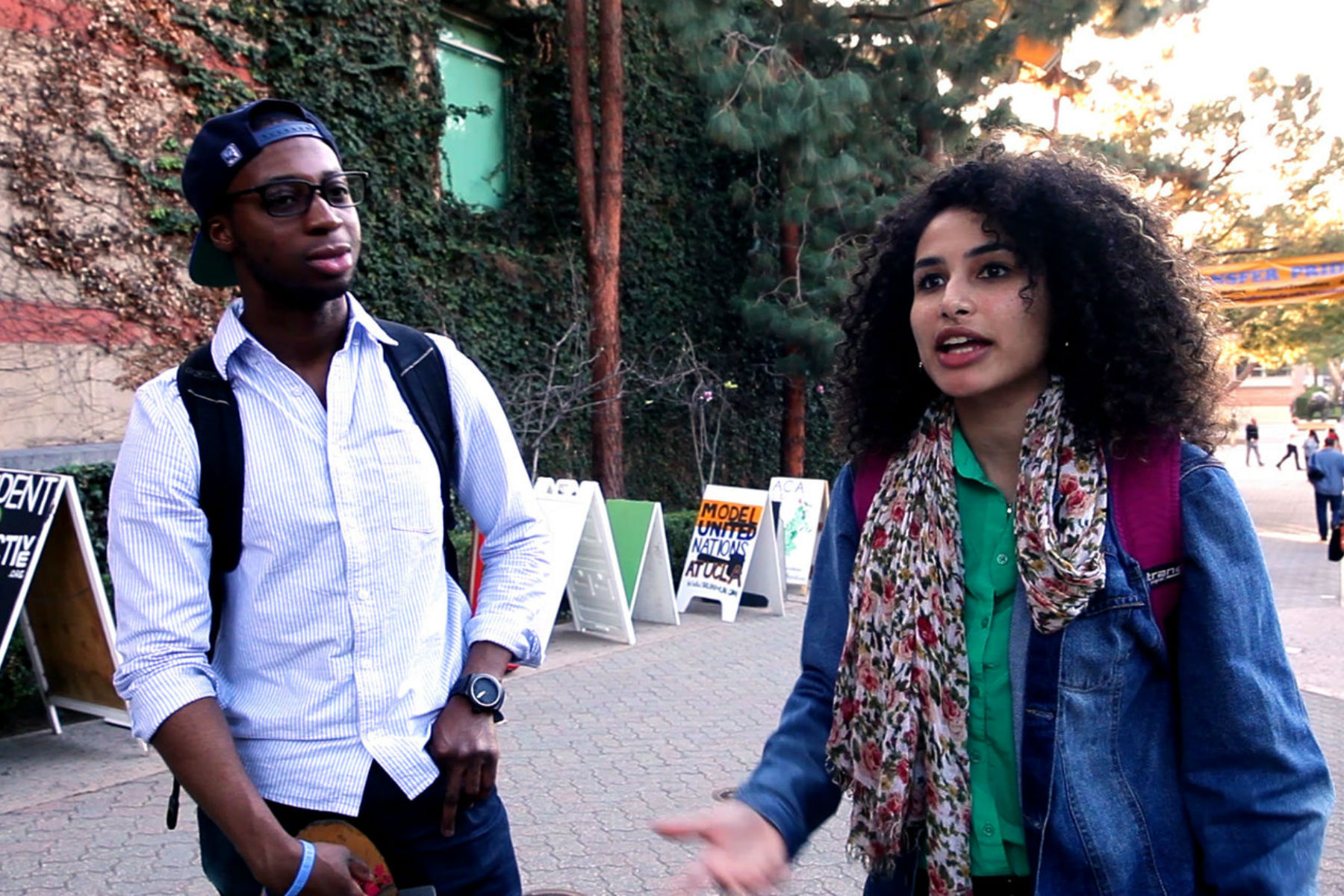 Photo from the film How Jack Became Black.

When I taught a drama class at a vocational high school whose population is 80% African-American and 20% Hispanic, we took up an obscure play called “Affirmative Action.” In that drama, a single black student is in a class that included Asian-Americans, the rest of the youngsters being white. The typical grade given by the teacher on reports is a B. This black student would listen to projects performed by the Asian-Americans and the white kids and could see their merit. Whenever he delivered a report, he could sense how inadequate it was, how it was not up to the standards of the class. And yet, each time he had such an uncomfortable experience, those in which he would have given himself not much better than a failing grade, he received a B. He became equal in class standing to those whose talks were admittedly better than his. Finally, he protested to the teacher (something that in all my 32 years’ experience I had never witnessed). “Why is Kim’s speech a B and mine is also a B when I was clearly not as prepared as she was?” The teacher hemmed and hawed and would not give him a decent answer.

Obviously the reason for the equality of grades was identity politics, in this case the result of a policy of affirmative action. Strictly speaking identity politics is a tendency for people of a particular religion, race, social background, etc., to form exclusive political alliances, moving away from traditional broad-based party politics. For the purpose of this film, though, it is the policy of the U.S. to consider the significance of a person’s race, religion, or ethnicity in making decisions about school admissions and later jobs. Specifically this affirmative action has been a well-meaning intent of those in power to redeem America after centuries of racial injustice; the belief that oppressed minorities must be boosted artificially to allow them to compete in the market with whites, and to help overcome white privilege. Many of the court cases and legislative debates have come out for or against affirmative action, believing that we are all one race, the human race, and allowing preferences for some groups is undemocratic.

Eli Steele, whose absorbing documentary “How Jack Became Black” aka “I Am,” centers on the writer-director-editor, a man whose mixed race evolves from his birth to a white Jewish mother and an African-American father. He is also profoundly deaf and wears a cochlear implant over his right ear. As a youth he had been bullied, in one case having the lawn of his home littered with papers calling him the n-word and also berating him for having a physical disability. You would think that Steele would become a darling of the Democratic Party, the Bernie Sanders faction to boot, but instead, he opposes identity politics, believing that does nothing more than keep race and ethnicity in the forefront of how we label people. He wants the individual to count, and is inspired by Martin Luther King Jr.’s most famous quote, “I have a dream that my four little children will one day live in a nation where they will not be judged by the color of their skin, but by the content of their character.” Though he has said that he voted for Democrats and Republicans over the years, his viewpoint would coincide with the thinking of the conservative National Review magazine. Who would have thought that a warrior for racial justice would think like a political conservative?

Steele was motivated to make this documentary when he was to enroll his small son Jack (and also his daughter, a year younger) in school for the first time. He refused to check the box for race and ethnicity. He was asking for trouble, but without that trouble how would we have had this vivid documentary? He was informed that he could not enroll his boy in school unless he checked a box despite Jack’s being of mixed race. He took his case to the LAUSD, the Los Angeles Unified School District, and got a runaround. Finally he faced reality and checked “black,” and that’s how little, multiracial Jack became black.

The documentary has some colorful animations but by far the bulk consists of Steele’s interviews with a few dozen people who offer their opinions on identity politics, and some archival film about some of the protests, mostly by African-American students, who want to maintain affirmative action. Never mind that M.L King believed that people should be judged for their character rather than their race. For these protesters the time has not yet come, and I can sympathize with the street demonstrations since our country in recent decades has become more racist, more than less.

Consider as the best example the not guilty verdict in the case of George Zimmerman, whose white father and Peruvian mother would label him of mixed race. When the New York Time coined the term “white Hispanic” for him, the paper opened up a Pandora’s box because now, his killing of black Trayvon Martin on Feb. 26, 2012, would look like a case of a man of white privilege killing a black man, the latter being assumed a fellow who, though unarmed, attacked Zimmerman and was shot dead. This is among the reasons that Steele believes putting people in boxes—white, Hispanic, black, Jewish, Asian, Pacific Islanders—keeps race in the forefront of our attention and individuality up in the bleachers.

With a minimum of bromides that have come out of recent movies and news reports on race, including recent shootings by white cops on unarmed black suspects, Steele’s documentary is a refreshing take on one of the controversial theories that divide America. Steele probably knows that most black viewers will disagree, will hold that we have not come even close to a post-racial society and that being members of an oppressed race should give them special attention in the college market and the job search. And I would agree, believing that Steele’s conservative views—those which would probably be considered in the platforms of Republicans rather than Democrats—show a person who wants to transcend current reality. Steele is a fascinating person who, because of his deafness and its effect on his voice, seem to require subtitles, but I could make out every word clearly. Viewers will be impressed by his work in making this film whatever their views.