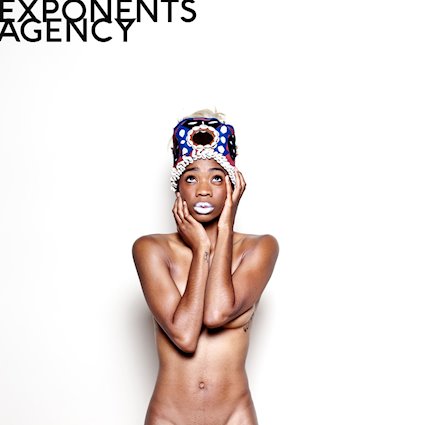 I’m always amazed when I come across recording artists like Agency who are just as consistent as much as they are prolific. The mysterious duo from parts-unknown decided to release an EP titled Exponents between LP releases; Philosophies earlier this year and a new album due to drop later in 2018.

While some might just throw a bunch of B-sides and alternative tracks together and call it an EP, Exponents feels like something more than that, as it’s a strong release that captures true artists making music on their own terms — as the pair criss-cross genres and tones as if they were gingerly walking through a park.

“Music is such a wonderful art form,” said Agency in a statement. “We are honored to be able to create art, express ourselves, and share with the world.”

The EP begins with “Darkness,” which features a catchy and fun melody with a pleasant goodtime tone. It also features a clever arrangement that keeps the listener rightfully engaged throughout, as it dips and dives into various styles, but still keeping its cohesive vibe. The track “Moonlight” is an immersive and powerful one that has a great sense of loss and raw emotion as the song breaks down with orchestral strings and pure sadness and longing. It also has a sharp and palpable voice that speaks to its haunting, yet pleasing, sound and tone.

“Daylight” takes a bar structure that feels like popular “mumble” hip-hop with a tuneful and flowing melody. It’s a wonderful hybrid of hip-hop and R&B that feels like something from Frank Ocean and Migos. It’s a very strong song, while “Is There Some Other Version of My Story?” is a deep interlude about finding peace and solace during times of uncertainty.

The EP ends with “Nothing Easy About Me,” which is an exceptional way to finish Exponents off. It’s half hip-hop(-ish) and R&B(-ish) that really expresses the themes with brilliant tones and textures, as it reinvents itself throughout. The track is yet another banger from a release that’s already considerably strong.

I can’t express how much Agency just drips with talent and soul. They show off so much vibrant musical ability from the first bar to the last. I mean, even the album cover brings something to the table as good way to link non-visual music to visual art. It’s just fused these things together with an EP that feels fully fleshed out and considered.

It’s an impressive and heady work that shows the true power of independent music, while Agency has a knack for delivering strong music with a commercial sensibility and an indie mind and artistry.