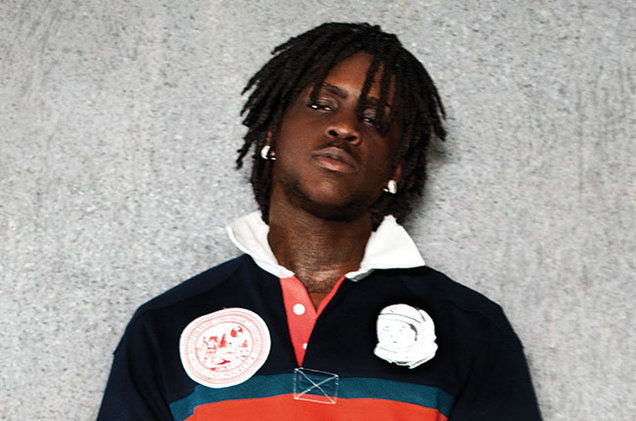 Damn! Rapper Chief Keef was shot at while in New York City last week. He didn’t get hit and he’s fine, but two gunmen shot at him. The bullet hit some signage at the W Hotel in Times SQ, where the rapper was staying. Chief Keep is on FilmOn Music.

“This is what the gangs for peace movement is about. Imagine how many innocents could have died in that gunfire,” Chief Keef told ShockYa.com.

Law enforcement sources tell us … Keef was shot at around 6 AM outside the W Hotel in Times Square. We’re told a shell casing was discovered and police are looking for 2 black males wearing black hoodies who fled the scene.

Currently, the 22-year-old Chief Keef is having a very public beef with Tekashi69 on social media. The two threatened to kill each other, but it’s believed this incident didn’t have anything to do with the beef. Tekashi69 was in LA at the time of the attempted shooting.