Ryan Potter is ‘Running for Grace,’ both physically and emotionally, in the newly released official trailer and poster for the upcoming family drama. The film’s assets have been unveiled by its distributor, Blue Fox Entertainment, which is set to release the independent movie in theaters and on VOD on August 17.

In addition to Potter, ‘Running for Grace’ also stars Matt Dillon, Jim Caviezel, Juliet Mills, Nick Boraine and newcomer Olivia Ritchie. It was directed by David L. Cunningham (‘The Seeker: The Dark Rising,’ ‘To End All Wars’), who also wrote the script with Christian Parkes.

In ‘Running for Grace,’ an orphan boy of mixed race, Jo (Potter), finds family with the newly arrived white village doctor, Doc (Dillon), in Hawaii. The boy can run like the wind, and begins bringing Doc’s medicine to coffee pickers throughout the mountainous region. On an errand, the medicine runner meets the daughter of the plantation owner and a forbidden, young love blossoms like the white “Kona Snow” of the surrounding coffee trees. 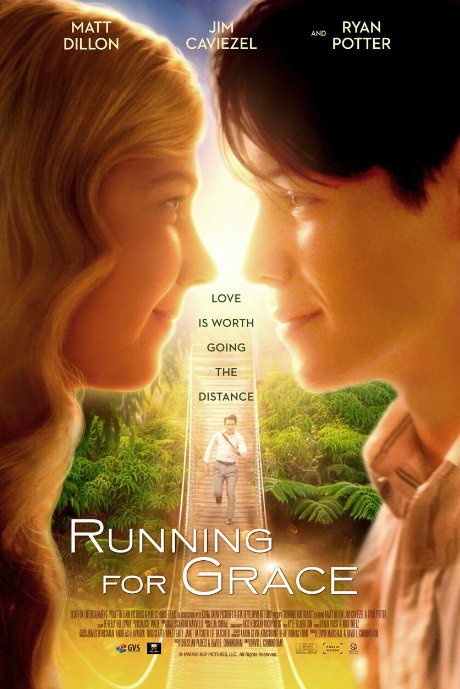