Fearlessly embarking on a daring mission, in an effort to spark and maintain a revolution in their country to battle, and ultimately defeat, their enemy, has long driven conflict between opposing societies. That’s certainly been the case between the Western world and extreme Muslim terrorists, particularly after the September 11th attacks. The continued war is uniquely highlighted in the powerful and shocking new documentary, ‘Path of Blood.’

The extraordinary and experimental movie was directed and produced by acclaimed, BAFTA Award-winning filmmaker, Jonathan Hacker. ‘Path of Blood’ is based on the helmer’s book of the same name, which was published in 2015 in the U.S. by Overlook Press. The documentary is now playing at the IFC Center in New York City, and is also set to be released on Friday in Los Angeles at the Lammle Music Hall. A national theatrical distribution is set to follow.

‘Path of Blood’ depicts Islamist terrorism as it has never been seen before. The movie is drawn from a hoard of jihadi home-movie footage that was filmed between 2003 and 2009, and captured by Saudi security services. The overall story follows Muslim terrorists who targeted Muslim civilians, and were then brought to justice by Muslim security agents.

The documentary also reveals how brainwashed youths, who are fueled by idealism and the misguided pursuit of adventure, can descend into madness and carnage. The raw, unvarnished footage, to which the filmmakers negotiated exclusive access, shows young thrill-seekers at a jihadi boot camp that’s set deep in the Saudi desert. The recruits have signed on to overthrow the Saudi government. To do so, they plot to detonate car bombs in downtown Riyadh, and as a result, become embroiled in a game of cat-and-mouse with government forces. As their plans unravel, the recruits resort to increasingly brutal tactics.

Adopting a strictly objective approach, ‘Path of Blood’ doesn’t editorialize, and doesn’t contains any talking heads commentary. The home video footage was shot by the terrorists themselves, which allows viewers to see the main characters in all their complexities, while also compelling the audience to draw their own conclusions.

Hacker generously took the time recently to answer questions about directing and producing ‘Path of Blood’ during an exclusive interview. Among other things, the documentarian discussed how he decided to solely include the jihadi home-movie footage in his film, in order to provide the audience with insight into what motives the new recruits, as well as the established members, of the terrorist groups. Hacker also noted that while the footage that’s included in ‘Path of Blood’ was entirely shot in the 2000s, the documentary is still extremely relevant to today’s society, as Islamism is proving that it isn’t going away anytime soon.

ShockYa (SY): You directed the new documentary, ‘Path of Blood,’ which is based on your book of the same name. What was your inspiration in adapting the book for the screen, and cinematically telling the story of Muslim terrorists who target Muslim civilians, and are subsequently brought to justice by Muslim security agents?

Jonathan Hacker (JH): Actually, the book and the film originated at the same time, after we secured access to footage captured by Saudi Spcial Forces, which included a treasure trove of Al Qaeda home movies. More accurately, these were outtakes from propaganda footage that the terror cells were shooting. But as these young men just filmed everything and messed around with the cameras, it was incredibly revealing. I saw that with this amazing material, we could do something important.

We in the West tend to view Al Qaeda and ISIS as faceless enemies and 2D Hollywood villains. So the captured footage gave us insight into them as human beings. I genuinely believe it is important to empathize with them and understand their psychology, if we are to defeat them.

Alongside this captured material, the Saudi Special Forces also gave us hundreds of hours of their CSI footage, which includes operations videos taken during raids and shoot-outs, and also after attacks by Al Qaeda. With that we could construct a narrative of a whole AlQaeda campaign from start to finish, which is told as a cat and mouse thriller.

We tend to view the War on Terror as somehow a war between Islam and the West. But this footage helps us understand that the terrorism we see in the West is a sideshow to what is happening in the Muslim world.

JH: I made the decision early on that all the research, analysis and information we gathered would be best suited for the medium of print, and should therefore go in a book. On the other hand, I wanted the film to be as cinematic as possible. So I chose to use a minimum amount of commentary and not include interviews, and instead let the footage speak for itself. This approach is more visceral and immersive, and is one of the reasons why the film stays with you for weeks and months afterwards.

SY: What was your research process like when you began working on the documentary?

JH: Wading through all this footage was a vast task, as it all had to be logged and dated. The individuals and locations depicted had to be identified.

But the biggest task was transcribing and translating it all. The sound quality was sometimes poor. The accents were also thick, and there was a lot of slang.

But the groundwork was absolutely necessary to discover the nuggets of gold hidden away amongst it all. While doing this, we interviewed special forces, police and intelligence officers inside Saudi Arabia to gain information.

SY: You took a unique method to making the movie version of ‘Path of Blood;’ instead of adopting a strictly objective approach, the documentary doesn’t editorialize, and contains no interviews or talking heads commentary. Why did you feel it was more important to forgo the typical documentary interview style for ‘Path of Blood,’ and instead show the home video footage that was shot by the terrorists themselves?

JH: This is partly answered above, but I would add one further reason for this approach. I felt that by giving the audience the space to think for themselves about what they are seeing, it would give the film a wider moral dimension.

SY: ‘Path of Blood’ is an archive-driven movie that’s told in the present tense. What was the process of deciding which archive footage to include in the film?

JH: That’s hard to answer succinctly. But essentially you are constructing a story with twists and turns, and you select accordingly. It was important to create variations in mood, so we went out of our way to use moments of humor and farce in the film, as well as the darker and more shocking material.

SY: ‘Path of Blood’ follows Al Qaeda’s presence in Saudi Arabia between 2003 to 2009. How relevant are the events in the movie to current events?

JH: The film couldn’t be more relevant. Islamism is the political movement of our age, and is not going away. I do also believe that like any good story, the film says something about the human condition; in this case, it’s the nature of evil. That subject is timeless.

SY: In addition to directing the documentary, you also produced the movie, along with your ‘Path of Blood’ co-author, Thomas Small. What was your experience of producing the film, along with Thomas? How did you balance your directorial and producing duties while you were making the movie?

JH: Thomas is the most eloquent, literary person I know, and he took the lead on the research and book. He was great to work with; as he’s very supportive in the stressful environment of filmmaking.

SY: ‘Path of Blood’ features several scenes that include shots of graphic violence. Why did you decide to include those shots, and how do they serve the movie’s narrative?

JH: I wanted the terrorists to condemn themselves with their own actions. They dehumanize those they kill. I didn’t want us to do that; we need to see the searing consequences of their actions. However, when we see the victims, we carefully reframed the shots to avoid seeing their faces, as a gesture of respect.

SY: ‘Path of Blood’ is now playing in New York City, and will expand to Los Angeles and other American cities in the coming weeks. How have audiences reacted to the documentary so far?

JH: A lot of people are saying that the film is a revelation, and they have never seen anything like it.

SY: What do you hope viewers, especially those who see the movie in American theaters in the coming weeks, will take away from the documentary?

JH: I hope it will make them consider wider human issues, including the boundaries between nativity, good intentions and even stupidity and evil. 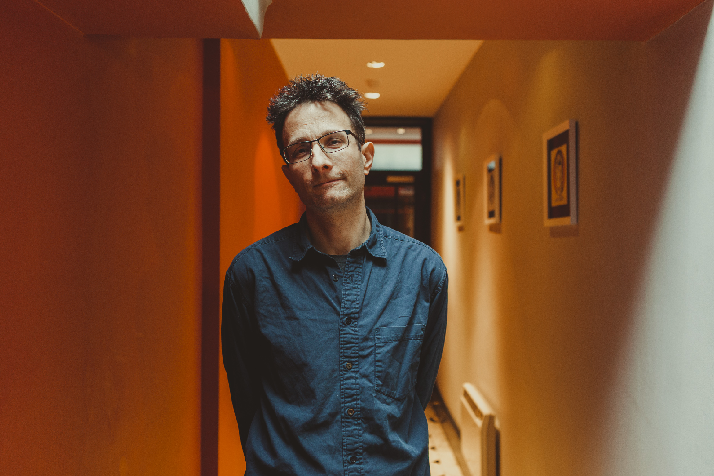