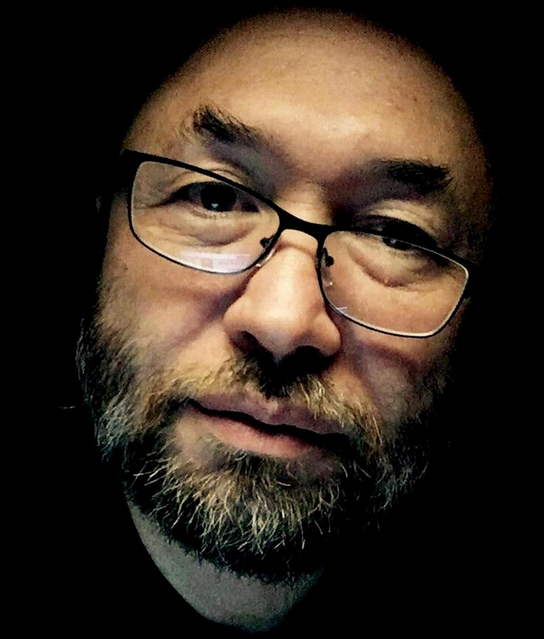 The way people, especially Millennials and Generation Xers, are increasingly finding more comfort in expressing their feelings over technology, particularly social media, than through in-person interactions is influencing nearly every aspect of the way they’re living their lives. So it’s nut surprising that the internet is now informing the way filmmakers are also making movies, in order to create a shared emotional journey. Versatile writer-director-producer, Timur Bekmambetov, is once again telling gripping stories that are relevant to how young people today are interacting with their peers. Those stories are showcased in two of his latest genre movies, ‘Profile’ and ‘Unfriended: Dark Web.’

‘Profile’ follows Amy Whittaker (Valene Kane), a freelance journalist, who’s looking to investigate the recruitment techniques used by ISIS to lure women into Syria as Jihadi brides. So during her inquiry, she decides to creates a fake Facebook profile of a Muslim convert. When an ISIS recruiter, Abu Bilel Al-Britani (Shazad Latif), contacts her online character, Amy comes across an opportunity to experience the process first hand. But with every passing call, the border dissolves between her real and online lives. While the Facebook character plays a love game, real Amy begins to experience Stockholm Syndrome, and puts herself in danger.

Bekmambetov, who wrote, directed and produced ‘Profile,’ was honored with the Audience Award in the Visions section for the thriller on the last day of SXSW 2018. The acclaimed drama is based on the 2015 best-selling memoir, ‘In the Skin of the Jihadist,’ by French journalist Anna Erelle.

‘Unfriended: Dark Web’ serves as the stand-alone sequel to the hit 2015 found footage supernatural horror movie, ‘Unfriended.’ It was written and helmed by first-time feature director, Stephen Susco and Bekmambetov served as one of its producers. BH Tilt released the follow-up this weekend in theaters nationwide.

The second installment in the ‘Unfriended’ series follows Matias (Colin Woodell), a programmer who steals a laptop from the lost and found at work. Upon turning on the computer, he discovers that the hard drive is full of snuff films. Matias realizes that he has taken a laptop that belongs to a serial killer, who also sells the videos of his crimes online. Before long, the murderer has figured out who has his computer. He becomes willing to do whatever it takes to get it back, even if it means resorting to killing more people.

Bekmambetov generously took the time to talk about making both movies during an exclusive interview at this spring’s SXSW at Austin’s Four Seasons hotel. The interview took place two days after ‘Profile’ had its North American Premiere, and four days after ‘Unfriended: Dark Web’ had its World Premiere in the Midnighters section. Among other things, the writer-director-producer discussed how he feels it’s best for viewers to watch both found footage thrillers on as large of a screen as possible, in order for them to embrace the full emotional perplexities of both stories.

with the events in both films unfolding entirely on a computer screen, Bekmambetov began the conversation by noting that “It’s been fun to see them both in the theater here at SXSW. There’s a bigger contrast” between the two screens. “When you see the laptop screen on the big IMAX screen, it looks very provocative.”

The writer then delved into how he decided to adapt ‘In the Skin of the Jihadist’ for the movie screen. “The idea for the film came from the book. I initially found an article about the book and its story. The book reads very well. I then contacted the author of the book, and asked to meet with her. Our talk was very intriguing,” Bekmambetov shared.

The filmmaker also revealed that “Anna Erelle isn’t actually her real name; it’s a pen name that she took to protect herself. So I met her in a hotel in Paris, and she told me the story.” He also divulged that he “had the chance to see the screenshots of her actual conversations. It then became clear to me that it’s exactly the story that we were looking for, as it takes place entirely on a computer screen.”

It was important to Bekmambetov to stay true to Erelle’s story and the way she described it in her novel. “It’s a source of not only information, but also the emotions of the character. So the helped us create the film’s plot as close as possible to Anna’s story. She’s so smart, grounded and free-minded, but also real and fragile. I was trying to make the character a real person, because it’s important to the story of how (Latif’s character) seduces” Kane’s character.

In real life, Erelle “never had acting classes, so it was a difficult journey for her to pretend that she was in love with him…But not being an actress helped her get inside his world,” the scribe pointed out.

The process of going from penning the script to directing ‘Profile’ was an experience that Bekmambetov described as being “exciting. It was a chance to invent the language and explore something new.” Both writing and helming the thriller “allowed me to figure out how to tell the story without multiple cameras.”

As a result of that unique storytelling, “I’ve seen audiences here at the festival getting emotional while they watched the film. When people see Amy writing or deleting something, they get scared, and yell out, ‘No, don’t do it!’ There’s a moment where she wants to type, ‘I want to tell you that I’m a journalist,’ and the audiences have been like, ‘No!'”

The filmmaker added that that experience has been emotional for viewers, because “we see things like that everyday, and (her journey) is very relatable and intimate. This language allows the audience to feel as though they are the character, and feel what she feels. Sometimes, we don’t like what she’s doing, but it’s her nature.”

Bekmambetov then admitted that the casting process for ‘Profile’ was “interesting. I purposely cast the roles through Skype. I was trying to use the same technology in real life that would be in the film as much as possible. When we see people in person, it’s a different chemistry.”

Once the actors were cast and principal photography on ‘Profile’ began, the helmer didn’t work with a large crew, including Director of Photography (DP). “I did the cinematography myself. It’s interesting that we actually shot the movie on two continents at the same time. We were in London with Valene, and Shazad was in Cyprus,” Bekmambetov shared.

“We shot both sides of the scenes simultaneously; we recorded the real Skype conversation between them. Everything between them is real, and you feel that it’s real. We shot takes in real time, which often took between five to ten minutes,” the filmmaker also disclosed.

Shooting ‘Profile’ in two different countries at the same time was a liberating experience for Bekmambetov. “That process was very entertaining for us, because there isn’t anyone who had done it before us. We invented the filmmaking language of how (Amy) should react in this type of environment. In a traditional movie, she could just turn and walk away. But in our movie, she can only push the red button to drop the call,” the director pointed out.

Creating the score for both ‘Profile and ‘Unfriended: Dark Web’ was also a unique process that Bekmambetov embraced. “For traditional films, I’ll ask a composer to write and mix songs. But I can’t create scores for these two movies, because there are other rules. So the characters, like Amy, are playing the music themselves. They can pick the songs they like on Spotify, and adjust the volume to the level they want. It’s an organic process to create a new language…We’re lucky we were the first ones to try it, and create the precedence for other filmmakers to follow.”

The filmmaker then delved into the process of producing both horror movies. “Producing’s a creative process for me. But it doesn’t matter what chair I’m using in front of the monitor; it’s the same process for me as a director and producer. The director isn’t filming; it’s the DP who’s actually shooting with the camera. The director also isn’t acting or dressing the set as a production designer, for example.”

Bekmambetov added that “The director is just inspiring other people to do their jobs, and controlling the set, which is the same kind of thing that a produce does. But the director and producer work on different levels in that way. The producer finds an idea, and then finds someone who can make it happen, and gives them the freedom to do it.

“The producer does have to keep a check on things, to make sure that the film is going the way they envisioned it in their mind. Producing is about having imagination and good relationships with people, and also being determined. But overall, the director and producer aren’t doing everything by themselves,” the filmmaker explained.

With everyone’s jobs now being completed on both horror movies, ‘Profile’ is winning awards on the festival circuit, and ‘Unfriended: Dark Web’ is currently playing in theaters, following its festival run. Reflecting on how the films are connecting with the public, Bekmambetov noted that “Audiences seem to like both of these movies, because they’re new and relatable. They both have a unique combination of being both innovative and very relatable…If people watch these films on their laptops, instead of on the big screen in a theater, like here at SXSW, they’ll both be even creepier. These movies are a different experience from other films; they’ll make people really stop and think.”