Challenging the social norm through unconventional methods powerfully proves the intellect of those people who choose stand out in society. That’s certainly the case for both the filmmakers behind, and characters in, the sci-fi movie, ‘Prodigy.’ In honor of the drama’s success on On Demand and DVD this past spring, it has now been picked up by Netflix. The psychological thriller is set to begin streaming on the media service next Wednesday, August 22.

Before its debut on Netflix, ‘Prodigy’ was initially distributed on DVD and digital, including iTunes, where it premiered in the number two sci-fi-thriller spot during its opening week of release, as well as Amazon and Google Play, on March 13 by Gravitas Ventures. Before its DVD and On Demand distribution, the film wrapped an eventful festival run last year, as it screened at nine festivals, including Cinequest, Fantaspoa (Brazil) and Santa Cruz, where it took home Best Narrative Feature honors.

Alex Haughey and Brian Vidal co-wrote and directed ‘Prodigy,’ which stars Richard Neil. The movie also introduces nine-year-old Savannah Liles in the titular role. The actress has received universal praise for her work, and recently won both a Young Entertainer and Young Artist Award for her performance.

‘Prodigy’ follows a secret branch of the military calls upon psychologist James Fonda (Neil) to take the case of a dangerous patient, nine-year-old Ellie (Liles). As their session begins, the young girl dissects Dr. Fonda’s unconventional methods, revealing her genius-level intellect. Only by challenging her to a battle of wits does Fonda begin to unravel the supernatural mystery surrounding Ellie-a deadly secret that threatens to destroy them both. 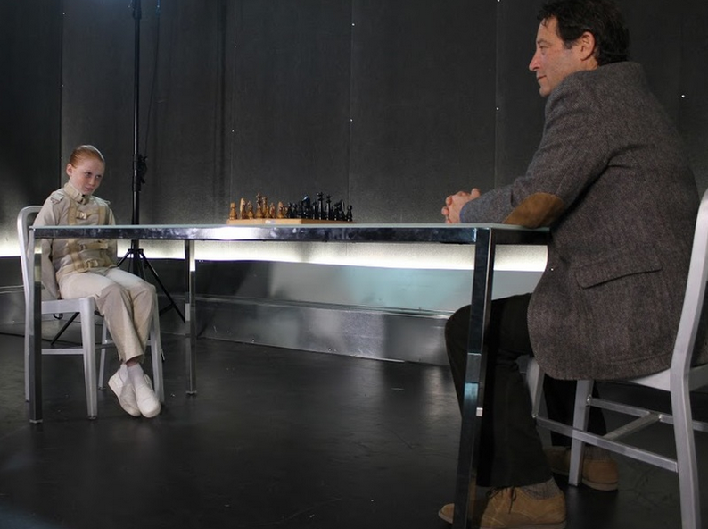