What people initially see in others isn’t always exactly what they get. That’s especially in the star-making machinery that is Los Angeles, where the majority of the public worships at the altar of celebrity. Gabriel Byrne’s seemingly happy but ultimately troubled Hollywood-based character in the new satirical comedy, ‘An L.A. Minute,’ is the prime example of not being truly transparent.

Obtaining overwhelming success as a novelist and film producer has made him miserable. So the Emmy Award-nominated actor’s protagonist has become motivated to change his ways after meeting Kiersey Clemons‘ character, an avant-garde performance artist, who’s the seeming living embodiment of integrity.

In honor of Strand Releasing distributing the movie in theaters next Friday, August 24 in Los Angeles and New York, with a national release to follow, ShockYa is premiering an exclusive clip from the comedy, which is titled ‘Meet My Agent.’ The video follows Byrne’s character, Ted Gold, introducing his new protégé, Velocity, who’s played by Clemons, to his agent, Tappy, who’s portrayed by Jane McNeill.

‘An L.A. Minute’ was directed by Daniel Adams, who also co-wrote the script with Larry ‘Ratso’ Sloman. In addition to Byrne, Clemons, who also served as a producer on the film, and McNeill, the comedy also stars Bob Balaban.

The following synopsis has been released for ‘An L.A. Minute’:

Ted Gold (Byrne) is a mega-rich, mega-famous, Pulitzer Prize-winning novelist and blockbuster movie producer. The problem is, overwhelming success has turned him into a mega-hack, and he knows it. His misery and self-loathing makes him treat everyone in his life with disrespect. One morning, as he travels from his Malibu seaside home to promote his new book, he is completely oblivious to the fact that his destructive behavior will ruin his life within 48 hours. When Ted meets Velocity (Clemons), an avant-garde performance artist and the living embodiment of integrity, she rocks his one percent world. 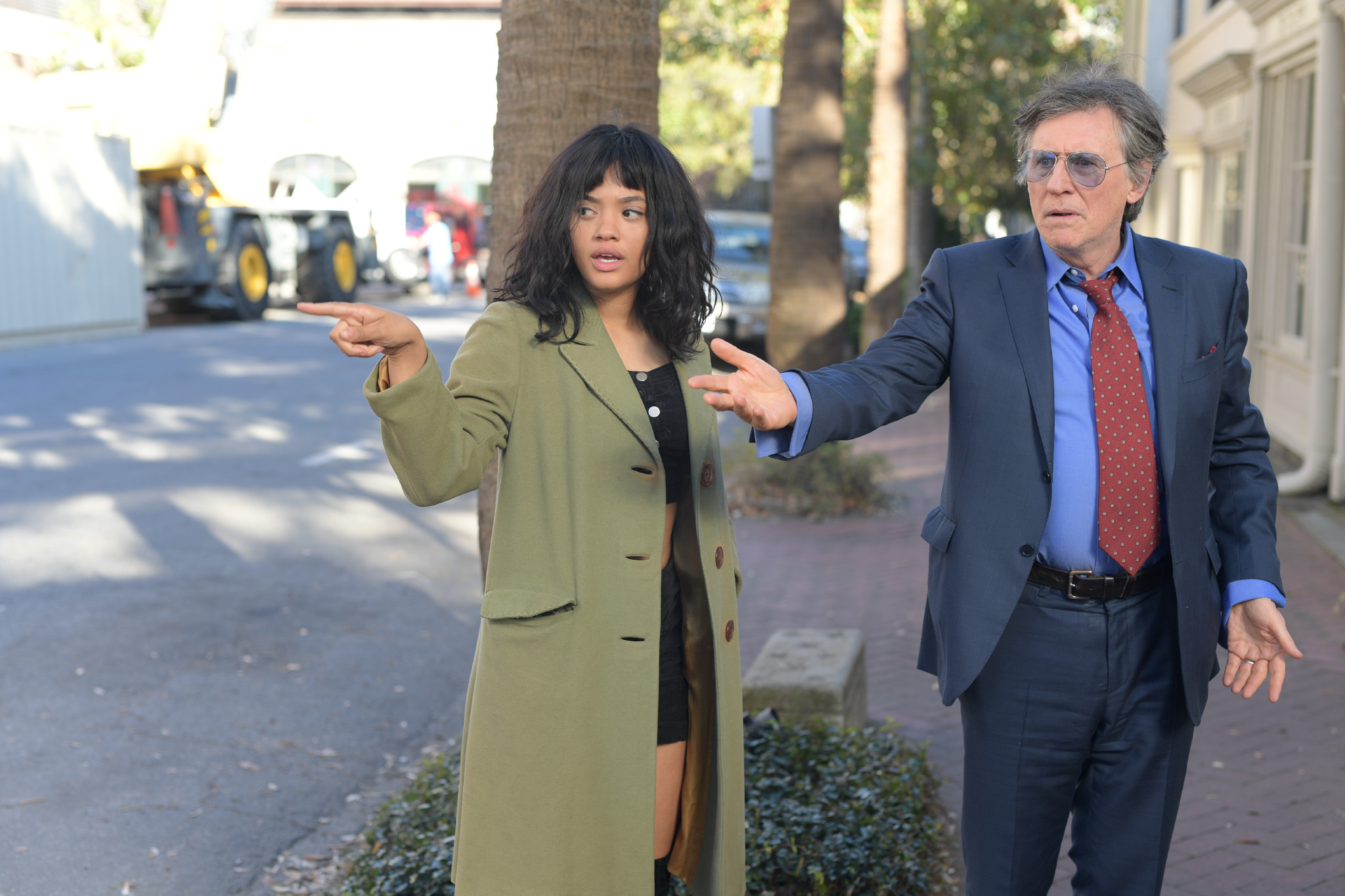 In honor of director Daniel Adams' 'An L.A. Minute' being released in theaters, ShockYa is premiering an exclusive clip from the satirical comedy, which features Gabriel Byrne, Kiersey Clemons and Jane McNeill.