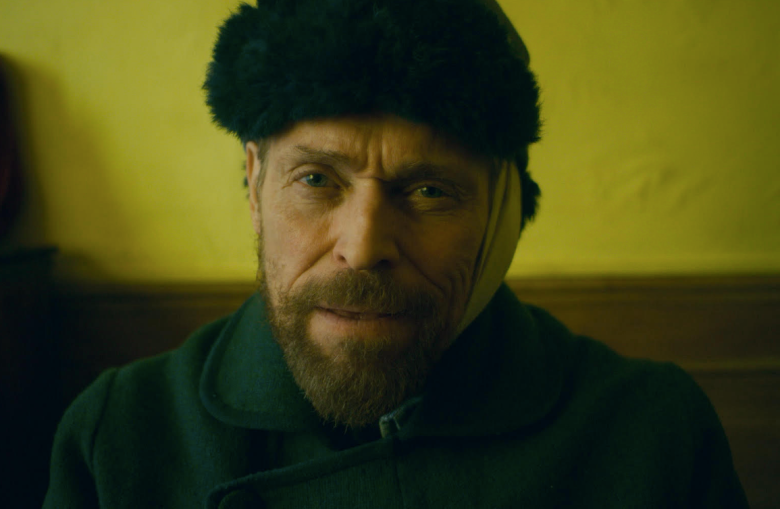 The worldwide contemporary artist Julian Schnabel decided to make a film about a legendary colleague: Vincent van Gogh. Schnabel had shown exquisite skills as a filmmaker, directing films such as ‘Basquiat’ (1996), ‘The Diving Bell and the Butterfly’ (2007), ‘Miral’ (2010). However, this new cinematic enterprise was a challenging task since — despite van Gogh’s talent was not recognized during his life — after his death, the Dutch Post-Impressionist painter was glorified by the art world and beyond. Recently there has been a proliferation of movies about his life, from ‘Painted with Words’ (2010) to ‘Loving Vincent’ (2017) and ‘Van Gogh. Of Wheat Fields and Clouded Skies’ (2017).

Julian Schnabel decides to explore the painter’s time in Arles. The attempt is to interweave his life there, with a stream of consciousness that tries to delve into the act of creation. ‘At Eternity’s Gate’ has the goal of narrating what art feels like from the mind of the artist, before the canvas gets animated with brushstrokes and oil paint.

The poetic approach — pursued by the director along with Jean-Claude Carrière and Louise Kugelberg (his co-writers and co-editor) — does not fully succeed. The uncertainty on the choice of language does not give a defined identity to the typology of film. It wavers between an American flick (where the entire cast speaks English) and a movie that tries to be authentic to the place of its denouement (Arles), with characters switching to French.

Furthermore the technical choice of overlapping fade-outs, having lines of dialogue being repeated redundantly, and the A-list cast maintaining a restrained performance does not play off successfully to the entire mise-en-scène.

Julian Schnabel explained how his personal take on the Dutch painter wanted to depict his experience in the fruition of the artwork: “The Van Gogh seen in the film comes directly out of my personal response to his paintings, not just what people have written about him.” However what was supposed to be an the ode to the artistic spirit comes across to audiences as pure gibberish.