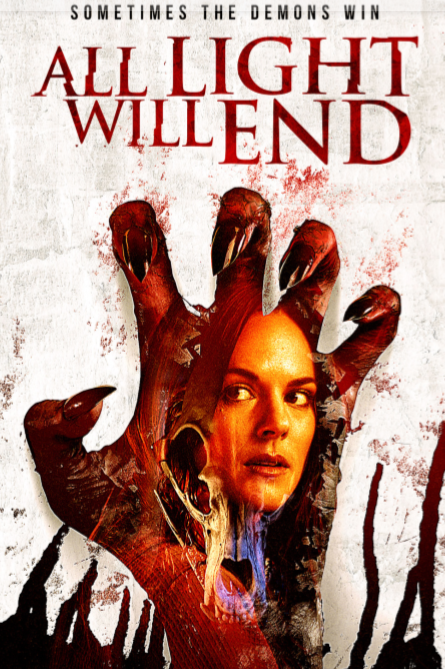 Shockya is exclusively premiering the poster for writer-director-producer Chris Blake’s horror thriller, ‘All Light Will End,’ which Gravitas Ventures is set to release.

Secrets are no longer able to remain hidden, especially for a young author who’s returning home to reunite with her family. The writer’s emotional journey is being disclosed with the upcoming release of the horror film, ‘All Light Will End.’ In honor of the drama’s distribution on November 3 by Gravitas Ventures, ShockYa is exclusively premiering the new poster for the movie.

The story for ”All Light Will End” follows a capricious young author, Dianna (Butler), with a hidden dark secret, who returns home for her brother’s graduation. While home, she finds herself haunted by the past and tormented by grimly night terrors. Meanwhile, her father, David (Buckley), investigates a series of brutal murders.