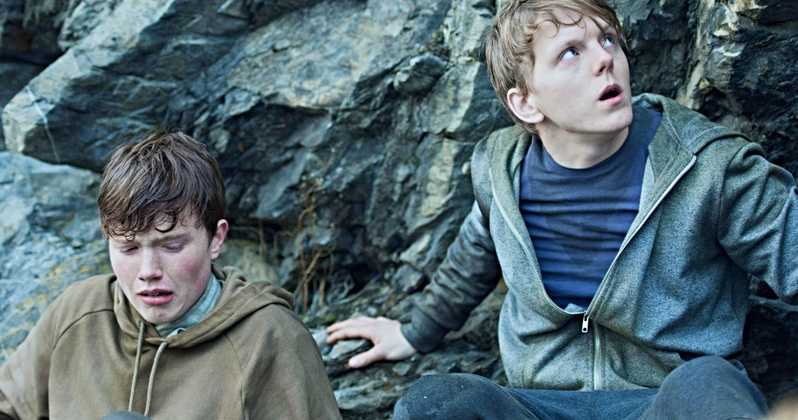 There is no crime worse than murder. Within that category, the most grotesque is the deliberate murder of children, as shown in the Sandy Hook, Connecticut tragedy when an armed psychopath actually sought out five- and six-year-olds in an elementary school for his murderous scheme. After that, perhaps the greatest tragedy involves the mass shooting of teenagers. A crime of this nature that shocked the entire world took place in Norway, considered by President Trump the place from which he seeks immigration rather than welcoming those who would come from s*ithold countries. Trump may not be so friendly toward Anders Behring Breivik (Anders Denielsen Lie), found guilty of gunning down 77 idealistic, fun-loving teens and wounding dozens more. Ideologically, though, our president might not welcome to our shores the many victims, since they were members of a leftist political party, the sons and daughters of who the murderer refers to as elitists. They are considered to be the future of Norwegian policy makers, kids who believe in multi-culturalism and reject the idea that Norwegians must all be one color, one race, one religion. The highly publicized crime drew objections from Norway and from much of the world because the perpetrator almost got away with his insanity plea, which would have meant a trip to a psychiatric hospital rather than a long stretch in prison. Breivik, in one way, shot himself in the foot, since he changed his insanity plea to guilty—but guilty only of being a “soldier” in a “war” to keep Norway as it was before the government’s recent welcome of immigrants from the Middle East.

Director Paul Greengrass has contributed mightily to documentaries and dramas with works such as “United 93,” a real-time look at the place that on 9/11/01 was commandeered by terrorists intent on destroying the White House but was instead crash-landed in Pennsylvania thanks to the bravery of passengers. This time, he mixes nail-biting tension with sentimental looks at a family of one victim, alternating the riveting trial scene of Breivik attended by close relatives of the teens with a somber look at what goes on among one family of a severely wounded boy. At the same time Greenglass brings us right into the camp scene where these idealistic youngsters are meeting to discuss Norway’s political future, an explosive tableau of the senseless killing of scores of people all of whom are unknown to the murderer.

The cast and crew are all Norwegian, though Greenglass made the choice of having all speak English, apparently catering to a potential film audience of people who do not like to read titles. The English is fluent all around with just traces of a Scandinavian accent. Still I would have preferred the greater authenticity of speakers’ using their own, home language. Sharply edited by William Goldenberg, who cuts from tense, battlefield-like scenes to the home of one victim’s family, then to the courtroom where the killer’s own lawyer, Geir Lippestad (Jon Øigarden), reluctantly takes the case amid threats to his life. Lippestad believes the after all, even the most vile criminal deserves a defense.

Among the victims, the major play is on Viljar (Jonas Strand Gravli), seen at the camp as a student leader until he is wounded so severely by Breivik’s gunfire that he loses an eye and must spend the rest of his life on borrowed time since metal fragments from the bullet could not be removed by the neurosurgeon. In a better time he even puts his money where he mouth is, so to speak, casting flirtatious looks around a campfire at Lara (Seda Witt), the daughter of refugees.

Before the debacle on the farm, Breivik uses a distraction technique by loading a van with explosives made with fertilizer and setting the explosion off just outside the government offices housing the prime minister—who is later criticized for mistakes that delayed the entry of the police force across a river, where they found the perpetrator almost happily surrendering with the aim of describing his manifesto to the country.

The trial goes forward without sensationalism. The violent action is brought forward by a remarkably intense scene in the camp where Breivik guns down as many teens as he can from a repeating rifle with telescopic sight. Filmed in Oslo and in Iceland, “22 July” is an intense drama marred only by the refusal of the film company to let the Norwegians speak their own language. Its timeliness lies in its severe criticism of countries in Europe and the United States that are moving toward the alt-right xenophobia and race hatred, a warning that, as stated in the final scene of the movie “On the Beach,” that “There’s still time…Brother.’