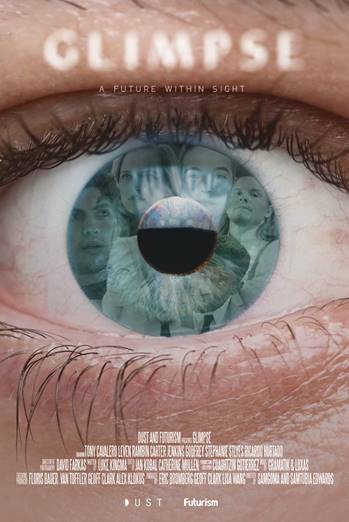 In an age of exponential technological progress, viewers are now able to catch a glimpse of eight individuals who reckon with the rapidly changing components of the human condition. Audiences are also able to view the distinct protagonists as they connect with the world through technology in very different and unexpected ways. That connection with the human condition and technology can be seen in the eight-part premium sci-fi series, ‘Glimpse,’ which airs on Thursdays on Facebook Watch. The drama, which is set in a thrilling future, will subsequently be available for free on the DUST and Futurism channels.

In honor of ‘Glimpse’s seventh episode premiering this Thursday, October 25 at 8am PDT, Shockya is exclusively debuting the sneak peek teaser trailer for the installment. The video is being brought to audiences by Gunpowder & Sky, DUST and Futurism.

‘Glimpse’ was directed by brothers Samtubia and Samgoma Edwards, and produced by Futurism Studios, Gunpowder & Sky and Dust. The scripted series, which was written by Luke Kingma, explores the exponential growth of our science and technology in relation to the human condition, and their intersection in life. The first two episodes have racked up millions of views since premiering on September 13.

ShockYa is premiering the exclusive teaser trailer for the seventh episode of the sci-fi television series, 'Glimpse,' which airs on Facebook Watch.