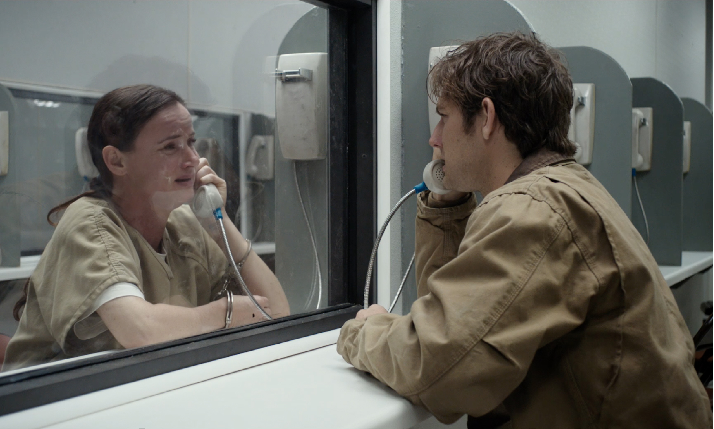 Explore the impact of family trauma with the release of the official trailer for the upcoming visceral noir thriller, ‘Back Roads.’ The trailer, which debuted exclusively on Entertainment Weekly, is supporting the feature film directorial debut from actor Alex Pettyfer.

‘Back Roads’ is based on the 2004 Oprah’s Book Club selection and New York Times bestselling novel of the same name by Tawni O’Dell. The novelist also wrote the script for the movie with Adrian Lyne.

The following synopsis for ‘Back Roads’ has been released:

After his mother, Bonnie (Lewis), is imprisoned for killing his abusive father, Harley Altmyer (Pettyfer) is left to care for his three younger sisters in rural Pennsylvania. Harley forgoes his college education, and works dead-end jobs to pay the bills and raise his siblings, including his rebellious and promiscuous 16-year-old sister, Amber (Peltz). Scarred by his past, Harley becomes infatuated with Callie Mercer (Morrison), the older married woman who lives nearby. Things take a dangerous turn when they embark on an affair and shocking family secrets soon begin to emerge. As Harley’s life spirals out of control, unspoken truths leading to a devastating conclusion come to the surface and threaten to consume him.

Samuel Goldwyn Films has released the official trailer for the thriller, 'Back Roads,' which marks the feature film directorial debut of actor Alex Pettyfer.