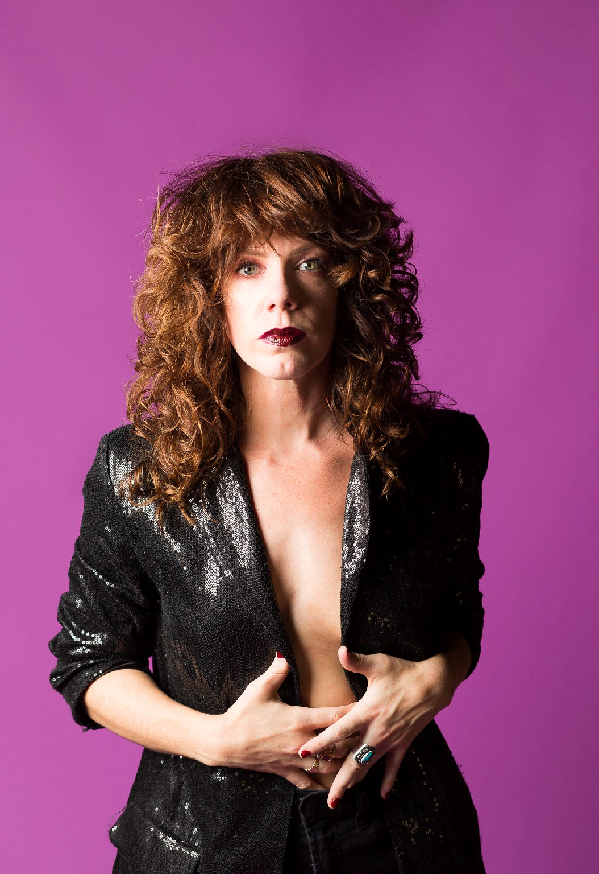 Contending with an unfamiliar multitude of emotions as they ponder their lifestyles can lead to an entrancing blend of influences for many musicians. Stylistically eclectic singer-songwriter, Julia King, is no exception, as she has perfectly blended pop, folk, country, rock and soul to create a unique style for her new single, ‘Cannonball.’ The poetic and emotional song is the first of several tracks she will be releasing in the next few months, as she prepares to distribute her full length debut album next year.

Reflective of its provocative title, ‘Cannonball’ intriguingly highlights the moment when a woman realizes that the man she’s been dating isn’t living up to her expectations. The Greenport, New York-based musician, who’s stunningly comparable to other such powerhouse female singers as Billie Holiday, Patsey Cline and Melissa Etheridge, passionately infused a soulful elegance into her new indie single. Also including a lower toned, earthy sultriness and grit into her explosive vocals, King powerfully proclaims that she’s a wild, untamed spirit that can’t be contained or owned by anyone, let alone a man.

On a deeper level, the soulful tune serves as a metaphor for King’s life and career, as she always refuses to give into the expected and monotonous. She’s instead drawn to adventure, even during times of uncertainty. The genre-defying ‘Cannonball’ is a powerful anthem about King being independent, and people needing to accept her ways. The musician’s intense lyrics, which serve to empower women to embrace their independence, are set against pulsating instrumentals, especially the drums.

Confronting an unfamiliar multitude of emotions as they contemplate their lifestyles can lead to an entrancing blend of influences for many musicians. That’s certainly the case for King, as she has perfectly blended pop, folk, country, rock and soul elements to create a unique style for ‘Cannonball,’ on which she powerfully proclaims that she’s a wild, untamed spirit that can’t be contained or owned by anyone, let alone a man. The stylistically eclectic singer-songwriter has created the perfect anthem for women who wish to stand up for themselves and their happiness, and proves what a lasting influence she’s sure to have on not only women empowerment, but also the music industry.