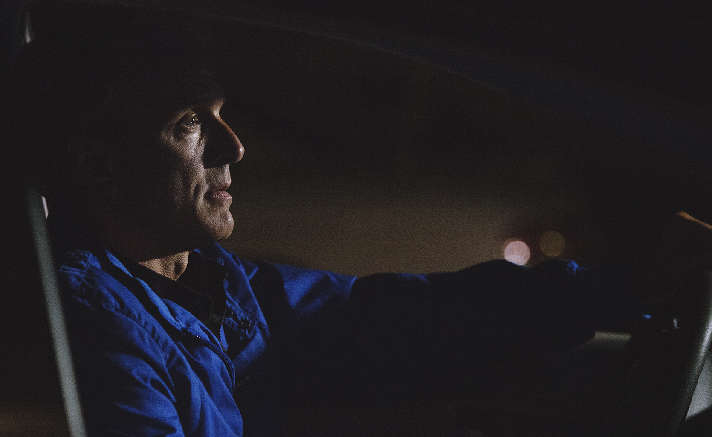 Sometimes even the most unapologetically old school people must learn how to adapt to living in a tech-addicted world, in an effort to survive. That’s certainly the case for actor Patrick Fabian‘s protagonist in the upcoming drama, ‘DriverX.’

In order to support his family, the unemployed husband and father decides to brave the new world of the gig economy as a driver for the title rideshare service in the film, which Sundance Selects will release on Friday, in theaters in New York and Los Angeles, as well as digitally nationwide. In honor of the movie’s distribution, ShockYa is premiering an exclusive clip from the project, which follows the lead character as he activates his DriverX account, and reveals his new job to his wife.

‘DriverX’ follows Leonard (Fabian), a middle class, middle-aged dad in Los Angeles who gets the rug pulled out from under him when his record store closes. To keep his family of four afloat, he turns to a ride-service, DriverX, and is forced to adapt quickly to a Millennial culture he feels completely alienated by in order to make it all work.

ShockYa is premiering an exclusive clip from writer-director Henry Barrial's drama, 'DriverX,' which stars Patrick Fabian, and is being released by Sundance Selects.