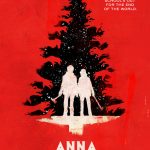 The book cover for Barry Waldo and Katharine Turner’s novel, ‘Anna and the Apocalypse.’ 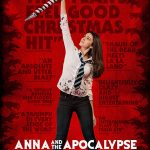 The poster for the film adaptation of Barry Waldo and Katharine Turner’s novel, ‘Anna and the Apocalypse.’

The Christmas season is meant to be one of the happiest times of the year. But for a group of high school classmates, the joy of the holiday, including the battle to obtain the best gifts for their friends and families, is instead turning into a fight to the death. That daunting task is being highlighted in the new horror film, ‘Anna and the Apocalypse.’ The title protagonist and her friends are relying on humor and songs in the musical comedy to brawl the undead and save not only their own lives, but all of humanity.

The movie’s North American theatrical distribution this month by Orion Pictures is partnered with the newly released novel of the same name by Barry Waldo and Katherine Turner. The book, which expands on the creative vision of ‘Anna and the Apocalypse’s creator, the late Ryan McHenry, is now available for purchase on Macmillan.

‘Anna and the Apocalypse’ follows the title character (Ella Hunt) and her friends as a zombie apocalypse descends upon their small town of Little Haven at Christmas. As a result, Anna and her peers are forced to fight, slash and sing their way to survival, as they face the undead in a desperate race to reach their loved ones. But they soon discover that no one is safe in this new world, and with civilization falling apart around them, the only people they can truly rely on are each other.

In honor of the distribution of the novel and musical film, Waldo generously took the time to participate in an exclusive interview during this fall’s New York Comic Con 2018. Among other things, the author discussed that he became involved in penning the book after he spent some time with the cast and crew on the set in Scotland, and felt Anna’s story could be expanded into the literary world. He also noted his newfound love and appreciation of attending his first New York Comic Con this year, and sharing the horror comedy with the world on the convention and film festival circuits.

“At that time, they had a script (for the movie), but they hadn’t shot the film yet. They also had some temporary tracks that the composers and lyricists had put together,” Waldo noted. “So I said I would stop by and meet the team. Here we are, two years later, with a movie and book.”

The author added that “The real journey started when we began shooting. We began filming in January in Scotland, which is always a bit of a challenge, because of the winter weather. But it was a great experience for me, because I was on set, and doing a lot of behind-the-scenes work. I was able to get to know the director, actors and producers, and became involved in the project really early on.

“With independent movie-making, it takes all hands to get the film made, between financing and producing. So everyone was focused on the movie. We then came out of the production, and went into the editing process. We had another series of meetings and watched different cuts, so that we could decide what would be in the final cut,” Waldo further shared.

“Then one day I said, I love this story so much, I think we should also do a Young Adult novel. I have some friends and contacts in the publishing business from my previous working experience; I had worked as an executive at Disney, and worked with a number of publishers that are based here in New York,” the writer explained. “So I was quite familiar with creating big literary worlds through the format of publishing.”

Waldo added that he then “called my publisher, who worked on the first book from one of my previous projects, ‘Monster High’…She now has her own imprint at Macmillan, and took a look at what we were doing. She said, ‘I love it, let’s do it.’

“So then we had to figure out how to write the book. That was an interesting journey, because we had about three months to get it done, in order to have the book released” before the film adaptation’s distribution. The scribe added that “It became a really rushed project.

“I have pretty much a full-time job, in addition to writing, so I knew I needed a bit of help,” the author admitted. “We were looking for the right mix because of its Scottish heritage and British roots. I think almost every actor (in the movie), except for one or two, is either British or Scottish. So we wanted to keep the feel of its origin.”

So Waldo “found Katherine Turner, who’s a Brit living in Los Angeles. I was a Los Angelan living in Glasgow. So we made the perfect team, as we found the right balance between Scottish, British and American humor, because the comedy element in the book is so important.”

The writer added that he felt finding the right balance of the humor and horror elements was important for the novel. “We had great source material (in the script). Alan McDonald and Ryan McHenry had written a great screenplay for the movie. But the challenge (Katherine and I) had was that the movie is a full-blown musical. There over 10 tracks in the movie, and you can’t put music in the book. When we extracted that musical element, we still had a great story, but less content.”

So the writing duo “had to explore the characters’ minds, as well as the relationships. There are some things they just mention in the movie that we further developed into full chapters…So we were able to explore some of the deeper emotions.”

Waldo added that since the film is also driven in large part by the zombie outbreak, he and Turner had to find new ways to describe “the zombies attacking the humans, and vice versa. There are so many ways to describe a zombie killing a human, and vice versa. So we knew that the humor element was going to be the biggest differentiator. But I don’t want to give the sense that it’s a straight comedy, because there is plenty of action. But we wanted to focus on the balance between British irony and satirical comments. We were also able to pull some of the lyrics from the music, and put them into the book’s narrative. Hopefully people will find that it’s the right amount of humor mixed with the right amount of horror.”

“The benefit that I had was that I wasn’t an external writer that was a work-for-hire; with a lot of movie tie-in novelizations, a writer will be hired, but they’re not that familiar with the project. But I was involved in the shoot, and was on the set. I was also involved in a lot of creative meetings,” Waldo admitted.

“So that experience helped me get into the mindset of the actors and their characters. We had such an amazing young cast…There was no way for us to write the book without us imagining how the actors would portray the characters. They brought them to life in such a rich and brilliant way,” the author also divulged.

“Ella Hunt played our lead. There was no way to write the character without thinking about how she brought Anna to life,” Waldo added. “She’s such an amazing and talented woman. She really believes in the female lead, and the role of empowering young girls. That’s exactly what happens in ‘Anna and the Apocalypse.’ So I don’t think it was too difficult for Ella to bring this character to life.”

Waldo also mentioned how he feels that there hasn’t been a truly strong lead female character in the horror genre since ‘Buffy the Vampire Slayer.’ “We hope that ‘Anna and the Apocalypse’ will have a similar effect, but in its own different way.”

The scribe also pointed out that “Everything I’ve worked on has had a really strong female lead…We want to inspire the next generation of women and young girls to be independent and powerful leaders. I seem to be drawn to these types of female characters, and there can’t be enough of them.”

McPhail is also a strong person who Waldo admires. “John’s so real, and I’m blessed that he’s in my life. He’s uninhibited and creative, and is a genre expert,” the author gushed. He also admitted that “Musicals weren’t his thing, however, so he had to brush up on those. He was doing romantic comedies (including 2015’s ‘Where Do We Go From Here?’) before ‘Anna and the Apocalypse.’ Due to that, he was able to also create a great Director’s Cut of this movie.”

With the movie and book versions of ‘Anna and the Apocalypse’ now being complete and available for audiences to watch and read, Waldo embraced the experience of bringing the horror comedy on the film festival and convention circuits, including New York Comic Con. “During my corporate career, I spent about 15 or 16 years going to San Diego Comic-Con. So I was quite used to San Diego, but this is my first time attending the convention here in New York. I love New York Comic Con! It’s a little easier to navigate, and the cosplay here is amazing. Not that it isn’t in San Diego, but it’s over the top and creative here, which makes it feel like a different experience,” the writer exclaimed.

“Our guys just arrived here from Scotland, and they’ve never been to a Comic Con before. The legend of Comic Con outside of the United States is massive…When they arrived, we brought them to the floor, and it was like they were all 12-year-old boys and girls again. They were screaming at people’s costumes, and asking people to take videos and photos,” Waldo added.

Now that the movie and novel are officially released, the scribe admitted that he can’t wait to return to the ‘Anna and the Apocalypse’ universe. “I’m ready for everything, from prequels to sequels to a series. One of my big dreams is to see this story be performed live on stage in front of a live audience. Mark Benton, who plays Tony, Anna’s father, in the movie, is quite a talent. He’s also quite passionate about seeing the story come to life in the West End or Broadway. We might as well dream big!” 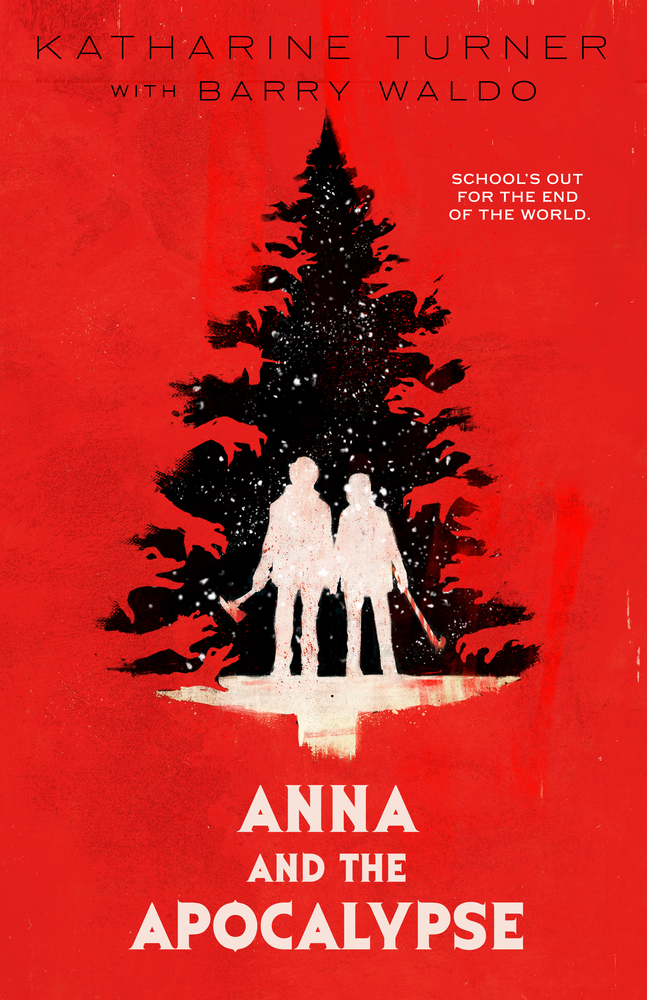