Sometimes festivities can ultimately lead to excessive mayhem from the most unexpected places. That’s certainly the case for the social gathering in the new horror thriller, ‘Monster Party.’ As the plot unfolds in the mystery movie, which is now available on DVD and Blu-ray, courtesy of RLJE Films, the lines between the heroes and villains becomes blurred.

In celebration of ‘Monster Party’s home release, Shockya is offering two lucky winners a DVD of the drama. To enter, email us at ShockyaGiveaway@aol.com. Let us know that you’re entering to win the ‘Monster Party’ DVD giveaway in the email’s subject line and message. You have until next Monday, December 31, to enter, and you can enter the contest once daily. On December 31, we’ll pick the winners at random, and notify them through email. Good luck!

In ‘Monster Party,’ three thieves, including Dodge (Hall), Casper (Strike) and Iris (Gardner), plan a daring heist posing as waiters at a fancy Malibu mansion dinner party, in hopes of paying off an urgent debt. But when their plan goes horribly wrong, the trio realizes the dinner guests are not as innocent as they seem. Their simple cash grab then becomes a violent and desperate battle to get out of the house alive. 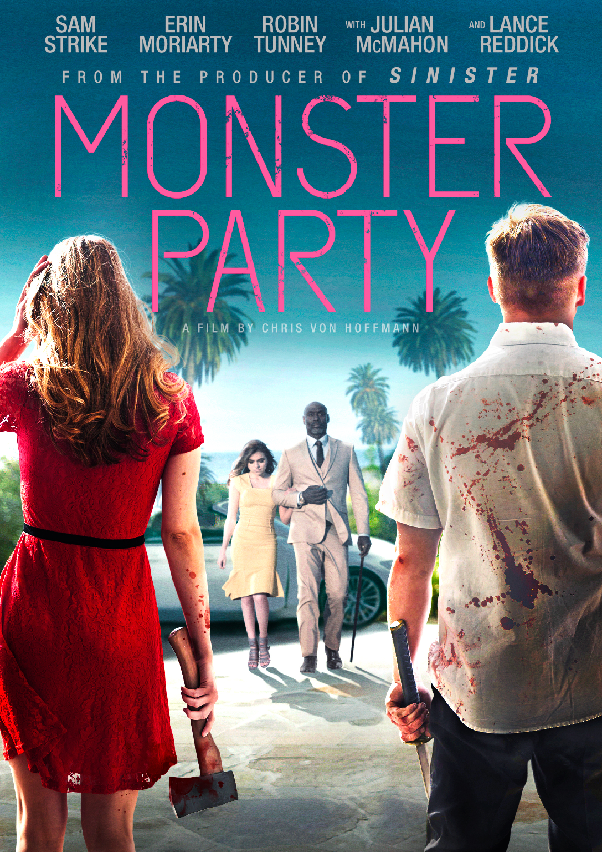