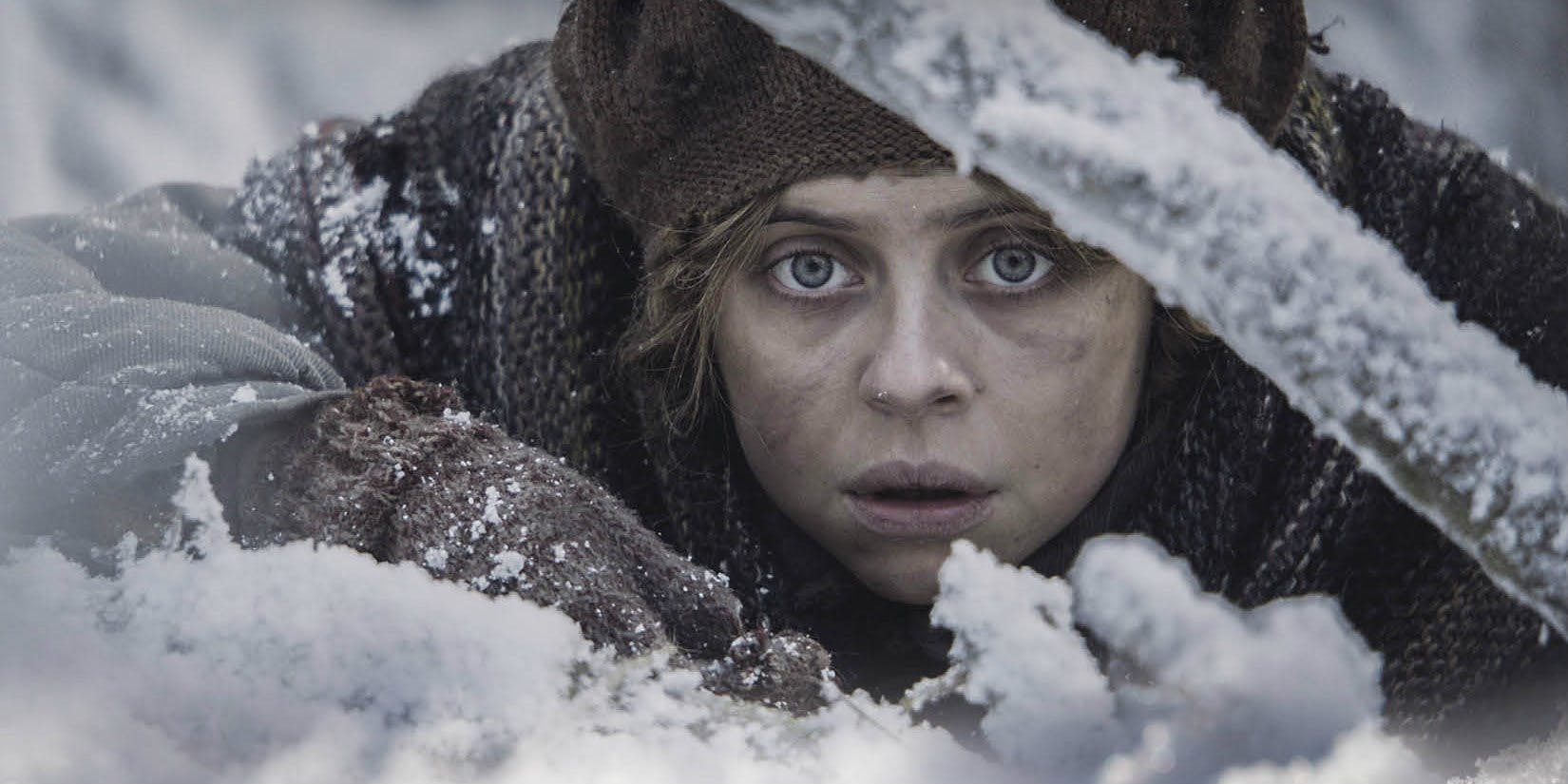 When Ruta Sepetys’ novel “Between Shades of Gray” came out, it made a hit with some middle school and high school educators and was relegated in some public libraries to the YA sections, meant primarily for youths. Some parents inevitably complained that the book was so bleak, the action so violent, that it was robbing their precious children of their innocence. Innocence: in the 21st Century when kids are likely to witness torture and killing on a mammoth scale on the screen? Maybe. In any case the film’s dialogue, a product of Ben York Jones’s screenplay adaptation of the novel, is simplistic, as though meant for a target audience who barely know that the U.S. fought Germany and not the Soviet Union in the 1940s and could expect to make a chore of several minutes when ordered to find Lithuania on a map of Europe.

Marius Markevicius, who directs his sophomore feature, is in his métier, having presided over the documentary “The Other Dream Team,” about Lithuania’s basketball squad, struggling under Soviet rule, making the hoop sportsmen a symbol of the Baltic country’s independence.

Markevicius assembled actors from the U.K. Norway and Sweden, even one from Finland, and shot the movie almost entirely on location, using a topography as bleak as the story line, with miles of miles of snow that make you want to race from the theater at the conclusion and head for Punta Cana. If this film came out in 1950, when the U.S. and Soviet Union were no longer pals, you’d think it had CIA funding, once again stressing the simplicity of the plot and the dialogue to make clear to all common denominators in the audience that we were the good guys and not those people speaking with strange accents. Though Uncle Joe Stalin is not seen except in a photo on the wall, he is responsible for sending millions to the gulags in Siberia, including a few score folks right now in this movie.

While the Soviets are battling the Nazis in 1942, they have time to dispatch people from occupied Lithuania to the far north for, what exactly? For digging up potatoes? Really? The exploited workers seem to have conditions as bad as inmates in Hitler’s concentration camps, doing penance for crimes that the idiot Nazis considered to be crimes. A whole family are accused of treason, and hauled out of their flats, which gives director Markevicius—who is of Lithuanian heritage—the opportunity to focus on one actress with whom the principal expected audience would identify. That would be English actress Bel Powley, a 26-year-old in the role of one who is but sixteen, and whose agonized face is seen throughout. Hoping to be an artist, she is the pride and joy of her mother, Elena (Lisa Loven Kongsli who is Norwegian). Martin Sallstrom as Nicolai Kretzsky, is a bad guy but not entirely. To one prisoner, he admits that he does not want to be where he is either. Would he prefer to be transferred to the Russian front?

Aside from the acting talents particularly of Wallstrom and Kongsli, a fine job comes from Ramunas Greicius behind the lenses. The makeup team does splendid work in changing the appearance of the happy Lithuanian family to a chorus that could march off the set to the second job in Les Misérables.

Though many a film has Germans speaking English and Scandinavians imitating just about anybody else with their multi-lingual capabilities, the authentic scenes are the ones in which the Russians speak Russian, the Lithuanians speak a language which has roots in Sanskrit, Latin and Ancient Greek. The English language, which takes over the majority of the 100 minutes, could have used subtitles given the forced accents put on by Powley and others.