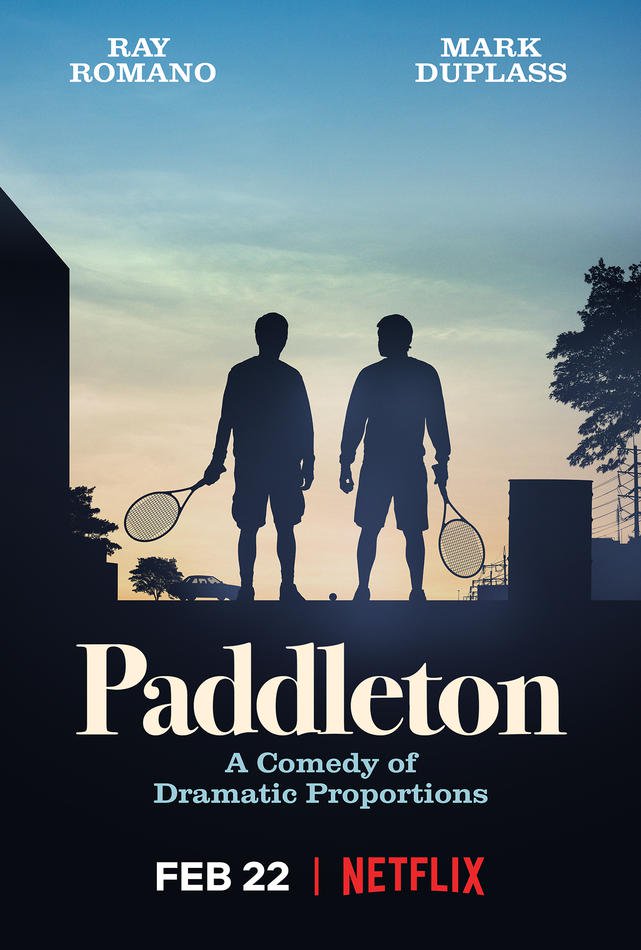 Crafting an inspirational story that naturally combines playful humor and the serious question of what love looks like in action can be an intimating challenge. But director Alex Lehmann stunningly created an equally amusing and emotional story with his co-writer, Mark Duplass, for their new movie, ‘Paddleton.’ The comedy-drama is a captivating tale of the importance of finding moments of both light-hearted humor and serious hope as they learn to accept and embrace their fate.

‘Paddleton’ is set to have its World Premiere this Friday, February 1 at 9:30pm MT at the Eccles Theatre in in Park City during the Premieres section of the Sundance Film Festival. Following two additional screenings over the weekend, the comedy-drama will be released on Netflix on February 22.

The story featured in ‘Paddleton’ highlights an unlikely bromance between two misfit neighbors. The two men, Michael (Duplass) and Andy (Ray Romano) embark on an unexpectedly emotional journey after Michael is diagnosed with terminal cancer. Suddenly facing their mortality, the two friends, who spend their free time playing the title game they made up, decide to go on a trip. Yet their literal expedition turns into a metaphorical one as their experiences reveal the true bond of friendship, and what that means between two men who use humor to avoid expressing any real emotion.

Lehmann generously took the time recently to talk about writing and directing ‘Paddleton’ during an exclusive interview over the phone. Among other things, the filmmaker discussed that he was drawn to pen and helm a movie that focuses on learning how to let go of painful experiences and meaningful connections, because it’s a challenging thing in his own life. He also shared his appreciation and excitement over having the comedy-drama premiere at the Sundance Film Festival, as it not only allows audiences there the chance to see the powerful story on the big screen, but also offers him the opportunity to connect with other unique filmmakers.

The conversation began with Lehmann explaining why he and Duplass where interested in telling Michael and Andy’s friendship. “We wanted to tell a story about these two characters who felt really alone in the world, yet had this really special relationship that’s hard to define, and certainly doesn’t have a model in this generation. These two men platonically love each other, and spend so much time together,” the scribe shared.

“I also personally felt like I needed to make a film about letting go, because it’s a challenging thing in my life,” the filmmaker admitted. “So I figured that I should do something that scares me. So we decided to build this relationship between these guys, and force them to let go of such a meaningful connection.”

With the character of Michael contending with his mortality after he learns that he has the terminal illness, including the humor in the story was an important element for Lehmann. “There’s nothing funny about cancer or losing someone you love,” the writer affirmed. “But there are only a few ways to really react to anything difficult or painful in life; you can get mad or shut down, or you can try to find laughter, and escape from the pain anytime you can.”

The filmmaker also declared, “If you’re going to make a cancer movie that’s going to emotionally drag you over the coals, it’s pretty great to have people like Mark Duplass and Ray Romano help you laugh all the way through. They can help you laugh at how crazy life is, which makes it easier to deal with everything.”

The process of going from working on developing the comedy-drama’s story with Duplass to directing the movie was an experience that Lehmann cherished. “We had an outline treatment that was never turned into a full script,” the filmmaker admitted. “We would do some writing and then rehearsal sessions. The rehearsal sessions were just Mark, Ray and I getting together, messing around with ideas and seeing what was funny and where the heart was in certain scenes.

“So by the time we got to the set and began filming, we had about a 20-30 page script outline that we used as a guide to improvise during the scenes. We would know where we were going in the scenes and what needed to happen. But the words and emotions, and getting from point A to point B, was all about feeling it out in the moment,” Lehmann explained. “We wanted to capture a genuine feeling that showcased the authenticity of these events.”

The helmer then delved into what the experience of casting Romano as Andy was like as the film’s production progressed. At the time, the Emmy Award-winning actor was being seen on the big screen in the theatrical release of the Oscar-nominated 2017 romantic comedy, performer “So we had just gotten to see Ray do something that we didn’t know he could do. I think he was the perfect fit” for the role of Andy in ‘Paddleton.’ “He proved how much untapped talent he had, aside from sitcoms, and that he could also really dig into the dramatic aspects of films,” Lehmannn proclaimed about the actor’s performance in ‘The Big Sick.’

“Sure, he does the typical Ray Romano mumbling and deflecting real moments and emotions. But in between those moments, there’s a real man who’s feeling sorrow, and he’s trying to hide that as much as he can, in order to protect his friend. So that’s some heavy lifting for any actor,” the filmmaker admitted. “But it was even more phenomenal to see a guy like Ray, who’s known for his comedy, completely crush” the more serious and emotional aspects of his character’s friendship. “He hit every level and beat of emotion, so I’m really excited that people are going to find out that Ray can do that.”

Lehmannn then called the experience of having ‘Paddleton’s World Premiere this weekend at the Sundance Film Festival “magical. I like to think that our entire team put together a really strong film that’s getting some recognition. We’re getting to screen it in the right place, with other talented filmmakers who have unique voices in entertaining and thoughtful films…It’s just a really inspiring place that has a great creative energy. I feel really lucky to be a part of what this festival is,” the writer-director proclaimed.