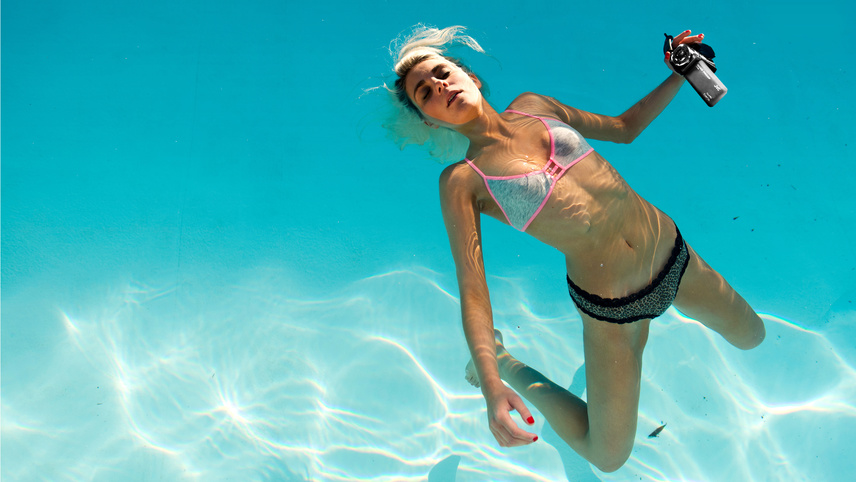 In one of the few, though absorbing, moments in which cast members exchange real ideas, a side character gives his view of life. He was in sales. He was disgusted by the deceit that exists in the world, in how making money requires companies to lie about toilet paper, insisting that the blue toilet paper is better than the green one. He feels empty. So he walks out one day, buys a boat, and sails the seven seas. Michael (Lai Yde), a man whom he had just met and who invited him to stay in his quarters, leans forward and asks whether that change of life has made him feel less empty. This is telling. Michael, a mobster dealing in drugs, may have had the same notion, that maybe chucking normal responsibilities and doing whatever you want—given that the money is no problem—is not what it’s cracked up to be. Maybe there is something else that needs to be done to try to fill that spiritual emptiness. Michael finds that something else, and it’s not what viewers of this gutsy film would approve of. He has assembled a group of people who could not fit into the regular world, makes them into his gangster family, and with the aid of several young women who have also made a career of luxury, he rules over his roost. If anyone screws up, e.g. with a botched drug sale, that unfortunate fellow gets slapped around, even thrown down the stairs.

The real kicker, though, is that Michael gets off on dominating women, women who cannot give up the luxury he has afforded them, Sascha (Victoria Carmen Sonne), Michael’s girlfriend du jour, not only gets knocked around. She is completely within Michael’s circle of power. Michael gets action when he wants, even when Sascha is prone on the hard floor. He even gives her a data rape drug, though you’d think that would hardly be necessary. The strange thing is that he never has sex with her. When she is unconscious from the drug, he simply plays with parts of her body like a puppeteer. He is the ultimate sadist lording it over her and she puts up with it to continue her life of leisure, one that given her probable paucity of talent she would not come close to having otherwise.

While some feminists may rebel at the sado-masochism on the screen, I think that director Isabella Eklof means her feature work to be a warning to women, even if the final scene is not what the good people in the audience are hoping for. Ms. Eklöf states in the press notes that she is illustrating one instance of a woman’s reacting in a man’s world. Like the men in Michael’s group, Sascha needs a family as well as the trapping of unearned success. There is one point that finds Sascha considering the ideas of a handsome, younger man that she has met in an ice cream shop near this coastal Turkish airport. Thomas (Thijs Romer) is horrified to hear about the life that Sascha has chosen, but his reward for opening up a potential new way of living is not what he expects. Director Eklöf believes that like Sascha, “we live off the backs of others…and we all turn a blind eye.”

Eklöf respects an audience that will patiently watch the first half of the film roll out as a tranche de vie, a slice of life. She then rewards us with several acts of violence that we have been expecting all along. The grossly unequal relationship of Michael and Sascha is sizzling. We can be easily carried away with the dynamics of their sick relationship. We should leave the theater with a lesson learned, one that we, of course, will forget soon enough as we forget most other lessons. Yet this is a daring debut feature of Eklöf, filmed by Nadim Carlsen on location in Bodrum, Turkey, in that country’s southwest Aegean province. English, Dutch and Danish are spoken, with some titles that are of awesome clarity.