Walt Disney Studios Inspires Audiences with Announcement of its 2019 Slate

Sometimes the most entertaining stories can also become some of the most inspiring tales that leave a heartfelt effect on its audiences. That’s certainly the case for the movies that are included on Walt Disney Studios’ 2019 Slate. The film studio has unveiled the official details, including synopses, trailers and images, for its upcoming projects this year.

‘Captain Marvel’ is the first anticipated movie that Walt Disney Studios Motion Pictures will distribute in 2019 is under its Marvel Studios banner. The superhero film is the twenty-first installment in the Marvel Cinematic Universe (MCU). The drama was directed by Anna Boden and Ryan Fleck, and stars Brie Larson, Samuel L. Jackson, Ben Mendelsohn, Djimon Hounsou, Lee Pace, Annette Bening, Clark Gregg and Jude Law. The action-adventure movie is set to be released on March 8.

Set in the 1990s, ‘Captain Marvel’ follows its title character and her alter ego, Carol Danvers (Larson), as she becomes one of the MCU’s most powerful heroes. She must fight back when a galactic war between two alien races reaches Earth.

The next anticipated adaptation from Walt Disney Studios is the live-action remake of the classic family movie, ‘Dumbo.’ The fantasy film was directed by Tim Burton, and stars Colin Farrell, Michael Keaton, Danny DeVito, Eva Green and Alan Arkin.

Set to be distributed on March 29, the adventure drama follows circus owner Max Medici (DeVito) as he enlists the help of former star Holt Farrier (Farrell) and his children to care for a newborn elephant, whose oversized ears make him a laughingstock in the circus. But when they discover that the title animal can fly, the circus makes an incredible comeback. The comeback draws the attention of V. A. Vandevere (Keaton), who recruits Dumbo for his newest entertainment venture, Dreamland. The elephant soars to new heights, alongside charming aerial artist, Colette Marchant (Green), until Holt learns that Dreamland is actually full of dark secrets.

Disney fans are also curious to find out how the title heroes of ‘The Avengers‘ franchise will will right the wrongs Thanos inflicted on the MCU in last year’s action-adventure-filled third installment, ‘Infinity War.’ Audiences will be granted answers when Walt Disney Studios Motion Pictures and Marvel Studios release the highly anticipated follow-up, ‘Avengers: Endgame,’ in theaters on April 26.

Walt Disney Studios Motion Pictures has unveiled the following synopsis for ‘Avengers: Endgame,’ the twenty-second installment in the MCU:

Following the devastating events caused by Thanos in ‘Avengers: Infinity War,’ things on earth are looking dismal. After the power of the infinity stones decimated half of the population, Thanos (Brolin) has taken up the mantle as ruler of the universe, leaving the Avengers in ruin.

The demi-god will only expand upon his tyrannical rule — unless someone manages to stop him. So, with no time to mourn their losses, Black Widow (Johansson), Thor (Hemsworth), Captain America (Evans), and Bruce Banner (Ruffalo) must remain resilient and rally the remaining members of earth’s mightiest heroes — and call on the services of Captain Marvel (Larson).

Together, they must to figure out a way to bring back their vanquished allies and defeat the Mad Titan, or suffer a hopeless existence.

Woody (Hanks) has always been confident about his place in the world, and that his priority is taking care of his kid, whether that’s Andy or Bonnie. So when Bonnie’s beloved new craft-project-turned-toy, Forky (Hale), declares himself as trash and not a toy, Woody takes it upon himself to show Forky why he should embrace being a toy.

But when Bonnie takes the whole gang on her family’s road trip excursion, Woody ends up on an unexpected detour that includes a reunion with his long-lost friend Bo Peep. After years of being on her own, Bo Peeps adventurous spirit and life on the road belie her delicate porcelain exterior. As Woody and Bo realize they’re worlds apart when it comes to life as a toy, they soon come to find that’s the least of their worries.

2019 is set to come to an exciting close with another highly anticipated animated sequel, ‘Frozen 2,’ which is set to be distributed in theaters on November 22. Chris Buck and Jennifer Lee returned as co-directors on the adventure comedy, which will once again feature the voices of Kristen Bell as Anna, Idina Menzel as Elsa, Jonathan Groff as Kristoff and Josh Gad as Olaf. The second installment in the Academy Award-winning franchise will follow the four characters as they go far in the forest to know the truth about an ancient mystery of their kingdom. 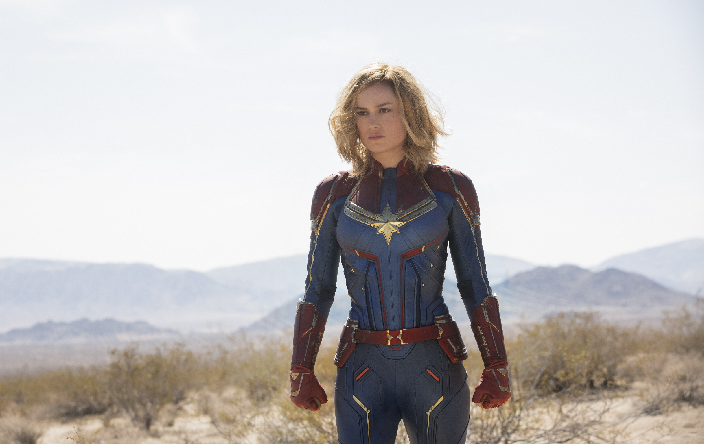