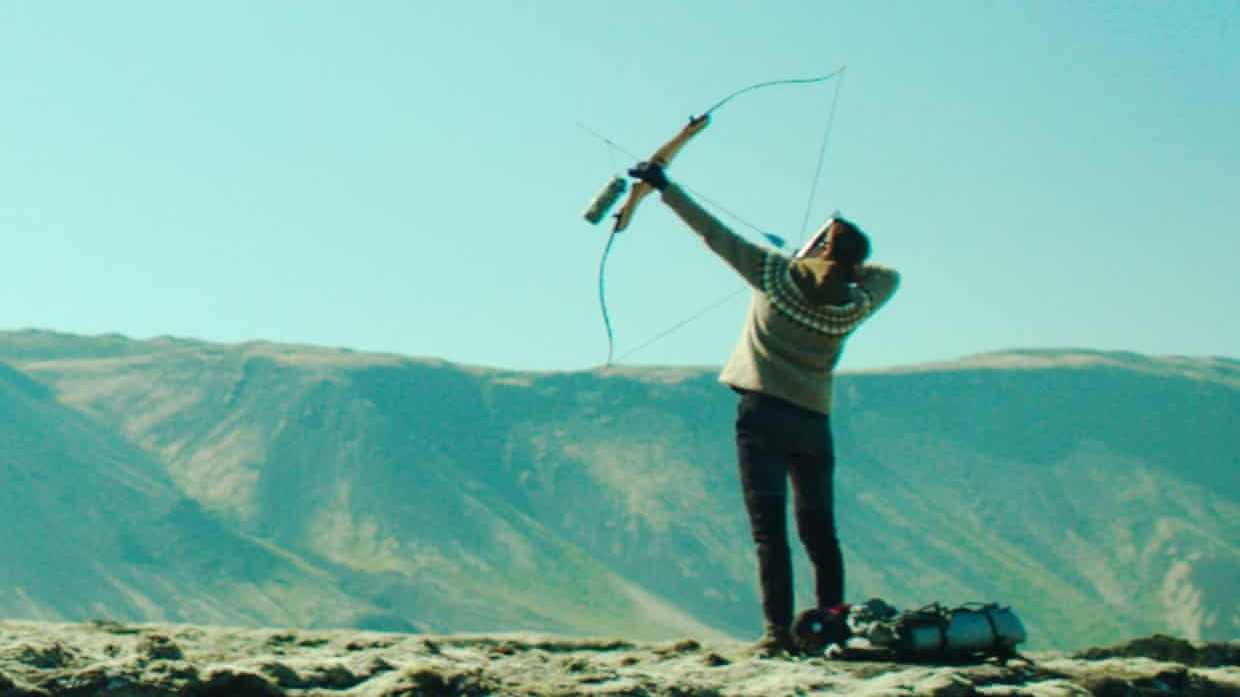 Legends and literature introduce us to some brave and exceptional women that went beyond the call of duty to save their countries and people.

We heard of Yael, in the Hebrew Bible Book of Judges, who killed Sisera, King Hazor’s military commander, to deliver the Israelites from the people of Canaan in the twelve century BC; We also heard of Jeanne d’Arc, a French peasant woman, The Maid of Orleans, who went to battle for France’s recovery from English domination during the Hundred Years’ War in 1430; and let us not forget Chanah Senesh, a paratrooper, who parachuted with the British Army into Yugoslavia in 1944 to assist in the rescue of Hungarian Jews about to be deported to Auschwitz.

Now we meet Halla (Halldóra Geirharðsdóttir), a passionate environmental activist, a Mountain Woman who declares war on the local aluminum industry to prevent it from disfiguring the Icelandic highlands. She damages pylons and wires and cuts their power supply, causing chaos and lots of media coverage in Iceland. Halla is also a future adoptive parent for four-year old Ukrainian Nika (Margaryta Hilska), and is faced with a dilemma of whether to continue her illegal civic activities or dedicate her energy to future parenting.

Director Benedikt Erlingsson’s Woman at War is a drama, an eco-thriller and a comedy all wrapped in one delightful humorous package that does not overstay its welcome during a one-hundred-and-one-minute run.

Halldóra Geirharðsdóttir plays fifty-year old choir conductor Halla, and her identical twin sister Ása. She is in top physical shape, while hiking the Icelandic mountains, with a bow and an arrow, swimming in the rivers, and hiding in nooks and caves among a flock of sheep. As Ása she portrays a calm person who dedicates her life to Yoga and tranquility.

The film was shot beautifully by Bergsteinn Björgúlfsson in sparsely populated parts of Iceland, with a red-roofed farm house “in-the-middle-of-nowhere”, and in a flooded orphanage in Ukraine. English, Icelandic, Spanish and Ukrainian are spoken with English subtitles.