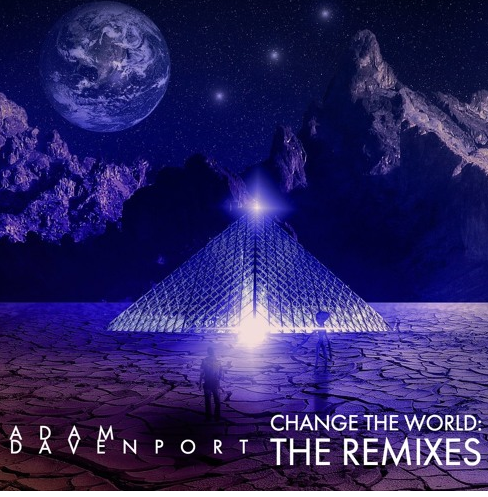 The cover for singer Adam Davenport’s remix EP for ‘Change The World.’

Altering the way people view how music can be presented can be a challenge for some performers, but versatile musician, Adam Davenport, is naturally embracing that obstacle. The singer, who first hit the dance music scene in 2017 when his debut single, ‘My Return Address Is You,’ charted on Billboard’s Dance Club Chart for 10 weeks, is once proving that any song can be alluringly re-imagined in the most unexpected way. He has recently released his re-envisioned of Eric Clapton’s classic hit song, ‘Change The World.’

Davenport effortlessly transforms the iconic, three-time Grammy Award-winning 1996 ballad into a vibey dance track that would be perfect for partying to at clubs and festivals. To help support the new single, the performer has also unveiled his long-awaited remix EP for ‘Change The World,’ which features his original club mix, along with five other remixes from Muzikman Edition, NoahStradamus, Jesser, Vauxhall Boys and Jerumatic.

When discussing the remix, NoahStradamus said that “When Adam sent me his original version of ‘Change the World’ and asked if I’d be interested in remixing it, I said to myself, ‘I have some sexy ideas for this!’ I started with the percussion, added some broken chords, and from there, the track just came along!”

Cancel reply
What Parallels Can Be Drawn Between Netflix’s High Flying Bird and the Real Game?
Natascha Hopkins Awakens to a Terrifying Situation in Kiss Kiss Exclusive Clip
To Top