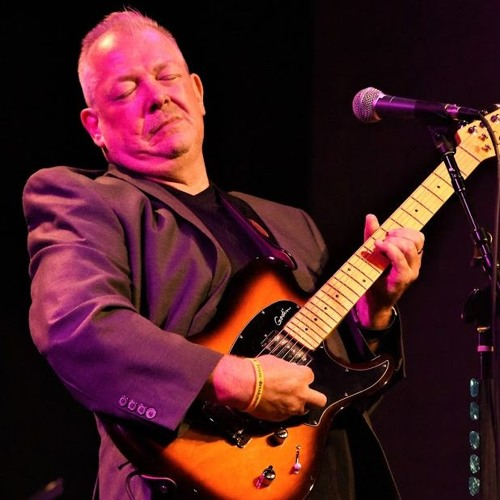 Captivatingly luring listeners in to revel in the love and faith that has powerfully defined them, on both the personal and professional levels, isn’t always an easy task for musicians. But singer-songwriter-guitarist Bud Summers effortlessly exudes sophisticated relatability in his recently unveiled blues release, ‘Hard Lessons.’ The three-song EP samples some of his most stylistically grounded tracks from his upcoming full-length album of the same name, which is a collection of nine tunes that grippingly reflect on moments in his voyage through life. The vocalist passionately shares his raw grit and soul throughout the EP, as he documents his hard-lived life.

Summers, who also smartly and creatively infused an eclectic blend of rock, gospel and jazz into all three of his unique entries on ‘Hard Lessons,’ fearlessly drew from his own life experiences. As he tells his emotional stories, he shares his vulnerability on the songs, which recount his addiction, beliefs and the people who helped him get through it.

The musician’s new EP begins with the catchy entry, ‘Bad Fish’ in the lake. The edgy song features an incredibly haunting electric bass groove and acoustic piano melody that drives the clever wordplay of the lyrics. In a deep, raspy tenor that stunningly reflect the depth of his emotion, Summers implies the melancholy of people mindlessly catching any available fish in the sea, which serves as the popular euphemism for someone they want to date. The singer warns his listeners about using the easiest bait to lure in people they’re attracted to, as not everyone is as pristine as they initially appear.

‘Bad Fish’ then delves into the second track on ‘Hard Lessons,’ which is titled ‘Endless Fantasy,’ and proves Summers’ versatility as a singer-songwriter. The jazz-driven tune, which is different in tone than its predecessor, evokes more a 70’s club aesthetic that encourages listeners to dance. The lyrics chronicles the life of a girl who’s obsessed with celebrity culture, and finds happiness in naively following what society tells her is acceptable. The musician’s gospel-doo-wop-inspired vocals are alluringly driven by a pulsating bass line, playful keys and piano melody. The lusty blend of Summers’ vocals and the backing instrumentation promise that the tune would be stunning to see performed live, as he warns his listeners that the media often makes its own truths in order to survive and survive.

The last entry on the ‘Hard Lessons’ EP is ‘So Deep,’ which chronicles the singer’s history with women, and how he has been wronged by them. But that changes when he meets a woman whose love, he claims, is going to last right on through eternity, as she supports and encourages him. The jazz bar, soul and R&B-infused song is mainly driven by its stunning instrumentation, notably the bass and piano. But Summers’ raspy voice also gives the track a sophisticated and compelling texture.

Enthrallingly inviting listeners to revel in the love and faith that has powerfully defined them as personally and professionally isn’t always an easy task for musicians. But Summers effortlessly exudes refined relatability on three-tune EP sampler of ‘Hard Lessons,’ which intriguingly reflects on his most important life moments. The vocalist passionately shares his raw grit and soul throughout the EP, as he documents his hard-lived life through his passionate and poignant stories.