Surprisingly being thrust into an unexpected situation can ultimately influence and change the rest of a person’s life in astonishing ways. That’s certainly the case for both up-and-coming actor Michael Kingsbaker and his heroic character in his new movie, ‘Welcome to Acapulco.’

The performer was shocked to learn that he was cast as the protagonist in his first leading film role in the comedy. The main character mirrors Kingsbaker’s emotional and physical journey, as they both traveled to the title Mexican city for work, and along the way, discovered who they truly are in all aspects of their lives.

The action thriller, which was directed by Guillermo Ivan, and written by Garry Charles. The movie’s now available On Demand and Digital, including YouTube, Google Play and Vudu, courtesy of Momentum Pictures.

‘Welcome to Acapulco’ follows video game designer Matt Booth (Kingsbaker), as he has one shot to save his career by unveiling his biggest project yet at the Video Game Awards in New Mexico. But after running into a friend at the airport and having a little too much to drink before his flight, he ends up in actual Mexico – specifically, Acapulco. As soon as he lands, he finds himself on the run from high-powered criminals, deadly hitmen and the Feds, all looking for a mysterious package that he has allegedly smuggled through customs, yet knows nothing about. Partnering with a badass, beautiful femme fatale, Adriana (Ana Serradilla), and channeling his inner video game action hero, the pair unravels a conspiracy that could shake the foundation of the United States, maybe even the world.

Kingsbaker generously took the time recently to talk about starring in ‘Welcome to Acapulco’ during an exclusive phone interview. Among other things, the actor discussed that he was drawn to play the character of Mathew in the film because he’s a relatable protagonist who inadvertently becomes involved in an extreme situation that spirals out of his control. The performer also cherished the close working relationships he formed with Ivan, Baldwin, Serradilla and the rest of the cast and crew while they were shooting the independent project on a shorter shooting schedule on location in the title city.

ShockYa (SY): You play video game designer Mathew Booth in the new action thriller, ‘Welcome to Acapulco.’ What was it about the character, as well as the overall script, that convinced you to take on the role?

Michael Kingsbaker (MK): A few months before we started shooting, a friend of mine recommended me to the producers, and they sent me the script. I asked them what role they wanted me to look at, and they said Matt Booth. I was shocked, but excited, to see that he was the lead role in the film. They had me put an audition on tape, and they liked it right away.

SY: The movie was directed by Guillermo Ivan. What was the experience of collaborating with him on developing Mike’s role in the story?

MK: It was a blast to actually shoot in Acapulco, as it was one of the most beautiful settings you can be in. Guillermo is really lovely, and he created such a great energy on the set. He has time for everyone, and is super collaborative; he’s open to ideas, so I found that to be a lot of fun.

Also, getting a chance to work with the other actors, who I grew up watching, was amazing. I got to know Ana (Serradilla) while we were down in Mexico. I’m familiar with her work, and she was an absolute joy to work with on this movie.

This project was a dream come true. It was my first real lead role in a major motion picture, and I had the chance to work with some great people in a beautiful setting. The cast and crew were absolutely wonderful. I was pretty fortunate to break into the business this way.

SY: ‘Welcome to Acapulco’ features a diverse cast, including Ana Serradilla, who you just mentioned, as well as Michael Madsen, Paul Sorvino, William Baldwin, Bradley Gregg, Jeannine Kaspar, Michael Papajohn and Guillermo. What was the experience of collaborating with your co-stars on developing your characters’ relationships?

MK: Well, you don’t always know how much time you’re going to get to work together. My scenes were mostly with William Baldwin and Ana, and they were both totally up for rehearsing and working through ideas. We would meet up and talk about the script, as well as work out the ideas we had. We wanted to make the best possible piece we could, which I was impressed to see. Everyone really cared about this film, and put in the time to make it work.

SY: ‘Welcome to Acapulco’ was shot in the title city, like you mentioned earlier. What was your experience of filming on location?

MK: We would shoot during the day, and when we finished, the sun would be setting, and it was the most beautiful sunset I’ve ever seen in my life. Everyone would stop and look, and also take photos. Then the next day, the sunset would be better, and continuously be better everyday.

A lot of the people on set, from the set scout (location scouters) to the caterers to the PAs (production assistants), were locals, and were so lovely. They helped me get around town, and see, and have fun in, Acapulco. I have nothing but great memories from there, and I look forward to going back.

SY: What was the process of creating the physicality for your role of Matthew, including creating the stunts and action sequences?

MK: The actions sequences were a lot of fun to shoot. There were some days where we ran a lot, and that was challenging. There was one scene, in particular, where my character has to jump off a ledge. The producers wanted to have a stunt double do it, but I really wanted to do it. I knew I could do it, but we were only a few weeks into shooting. So they were worried that if I got injured, it would derail the production schedule, which was short. But I eventually convinced Guillermo into letting me do it, and they ended up using that take in the film. So it’s fun to be able to do that stuff yourself, and show who your character really goes through in extreme situations.

SY: ‘Welcome to Acapulco’ was shot independently on a shorter shooting schedule, like you just mentioned. How did the process of filming the comedy influence the creativity on the set?

MK: Well, it was go, go, go, as we shot the movie in about six weeks. We had to be ready to go in a moment’s notice, and do things on the fly. There’s an excitement to that process. We were all in the process together, and everyone did whatever it took to get things done. There were moments where we wish we had more time to shoot a scene, but we got it done. We were very fortunate when we were making this film, especially when it came to putting everything together in the short amount of time that we had. Overall, making a movie is a minor miracle, and it’s a wonder how any of them ever get made!

SY: Momentum Pictures (has released) the action thriller On Demand and Digital. Do you feel the dual distribution is beneficial for an independent movie like this one?

MK: Yes, I think this distribution model is great for this type of project. I think a lot of people are going to connect with this film, and will be able to do so through the VOD release, which allows them to watch it anywhere and anytime, and on any device, they can. Hopefully, the character I portray is universal enough that people will connect with him, and think, yes, that’s what I would do, even though this is a crazy situation! I hope audiences can sit back and have some fun with this adventure. 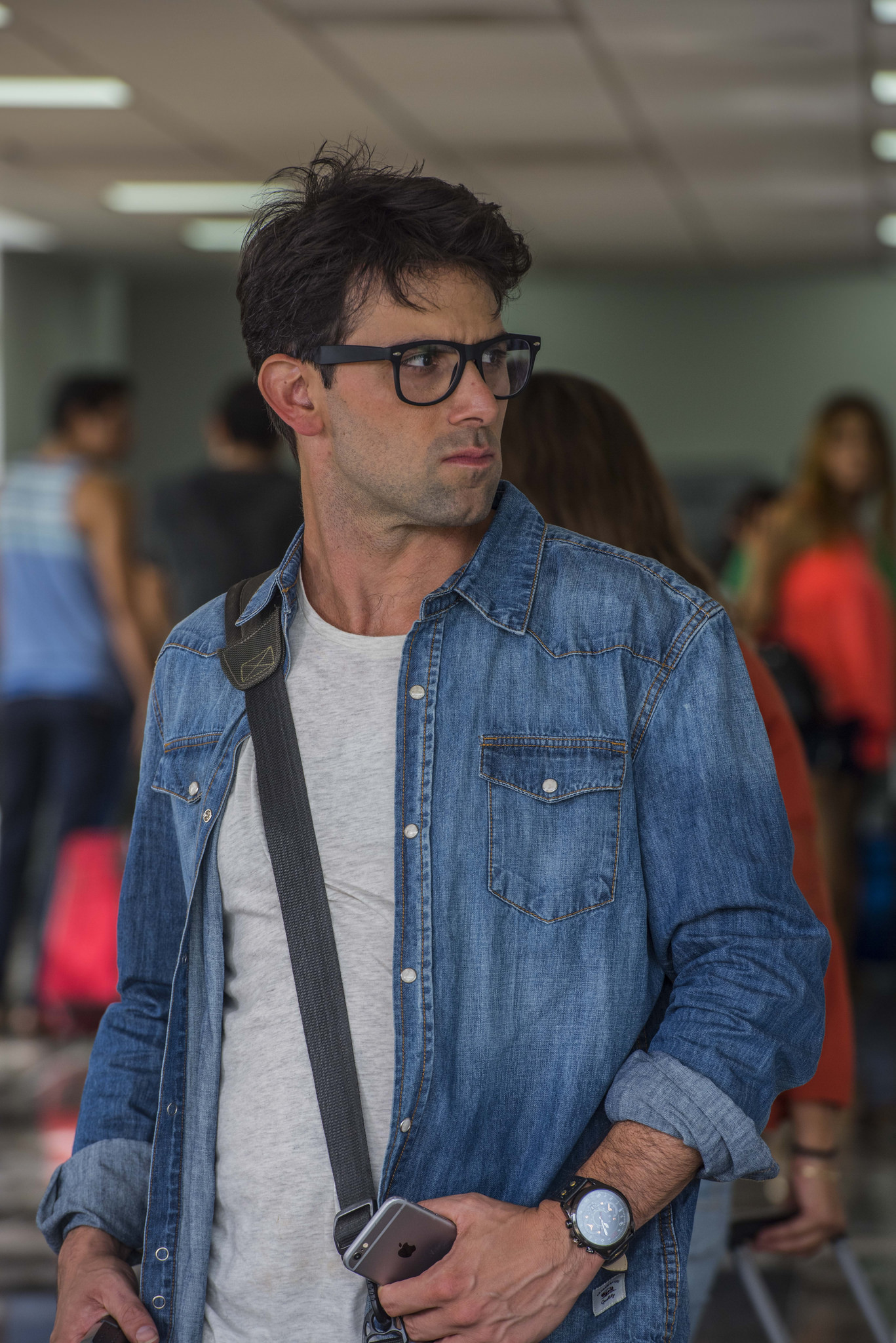