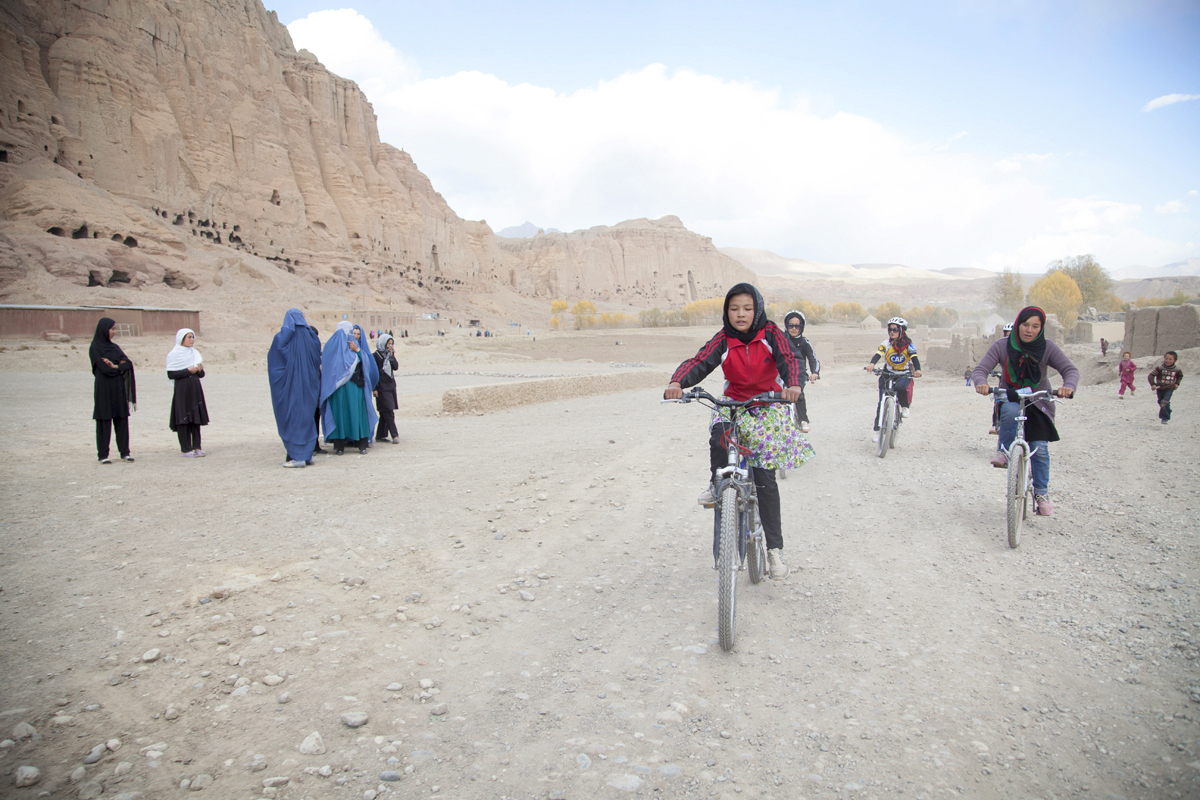 Frozan sets her sights on a training ride, despite the dangers and threats she receives, in director Sarah Menzies’s documentary, ‘Afghan Cycles.’
Credit: Jenny Nichols

Courageously moving forward without the fear of repercussions is one of the most important methods women can use to obtain equal rights around the world. That journey is emotionally highlighted in the new documentary, ‘Afghan Cycles,’ which follows a new generation of the title women athletes as they fight everyday to not have their voices-or rights-silenced.

‘Afghan Cycles’ is now available on such VOD platforms as iTunes, Microsoft, Vudu and Amazon, courtesy of Gunpowder & Sky, following its run at such festivals as the Seattle International Film Festival. In honor of the movie’s home distribution, ShockYa is exclusively premiering a deleted scene from the documentary, which is titled ‘Frozan Dedication.’

Gunpowder & Sky has released the following synopsis for ‘Afghan Cycles,’ which was directed and produced by first-time filmmaker, Sarah Menzies, who also served as the cinematographer:

Following a new generation of young Afghan women cyclists, ‘Afghan Cycles’ uses the bicycle to tell a story of women’s rights – human rights – and the struggles faced by Afghan women on a daily basis, from discrimination to abuse, to the oppressive silencing of their voices in all aspects of contemporary society. Members of the National Cycling Team in Kabul, and young riders in the Bamiyan region, are using mountain bikes to commute to school and run errands. For all of them, the bicycle is a symbol of freedom.

But sometimes, the danger and obstacles can prove too much, as audiences learn when one of the main characters flees to France to secure a better situation and future for herself and her family. Despite cultural barriers, infrastructure and death threats, these women embrace the power and freedom that comes with the sport.