A seemingly innocent birthday present has never been more terrifying. A sinister evil is being released from its gift-wrapped box, as the first full look of the new and revitalized Chucky in all his creepy glory has been revealed. The first photo of the villainous doll is supporting the upcoming ‘Child’s Play’ remake, which Orion Pictures is set to release in theaters on June 21.

The new film is a contemporary re-imagining of the 1988 horror classic drama of the same name. The updated ‘Child’s Play’ follows Karen (Aubrey Plaza), a single mother who gives her son, Andy (Gabriel Bateman), a Buddi doll. However, the duo is initially unaware of the doll’s more evil nature.

‘Child’s Play (2019)’ was directed by Lars Klevberg, and written by Tyler Burton Smith. Seth Graham-Smith, who has produced such horror movies as the 2017 remake of ‘It,’ as well as ‘Abraham Lincoln: Vampire Hunter,’ also produced the new ‘Child’s Play’ remake. In addition to Plaza and Bateman, the new film also stars Brian Tyree Henry and Mark Hamill as the voice of Chucky. 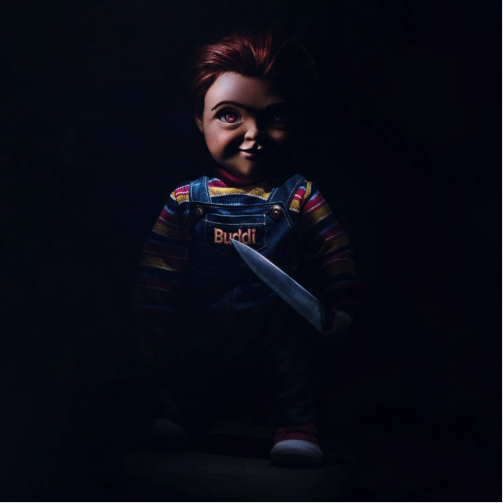