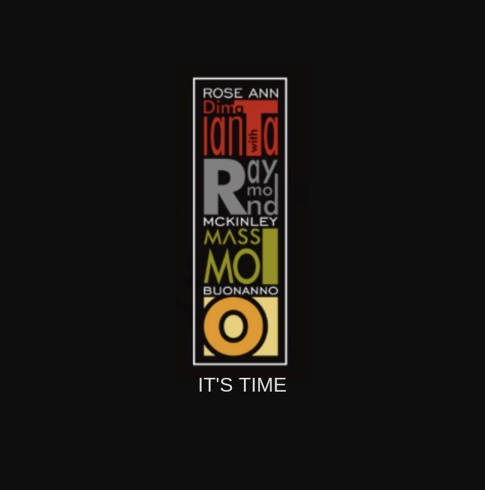 Infusing diverse and relatable emotions into infectious rhythms that powerfully reflect their unwavering connection to the person they love, as well as their shared backgrounds, is a gripping process that not many musicians can master. But the members of the jazz-based band, Rose Ann Dimalanta Trio, has effortlessly done just that with their recently released funk, soul and Latin-fueled album, ‘It’s Time.’ The 12-track record not only thrives on the unique and joyful chemistry that the musicians have formed with each other through their tight friendship, common musical upbringing and collective years of playing experience, but also the passion they have for the person they love.

Rose Ann Dimalanta Trio’s soulful performance and world class musicianship is instantly highlighted on the first entry on ‘It’s Time,’ which is titled ‘Forever Day by Day.’ The lively and sophisticated instrumentation is driven by a classic jazz progression, which is infused with a touch of blues. Rose Ann Dimalanta, who serves as the California-based trio’s singer, instantly hooks listeners with her sultry vocals, before a riveting bassline begins to glide into the beat. The vocalist takes an influence from Gregory Porter as she infuses a confidence into her lyrics, in which she admits that she doesn’t want to let go of the man who has captivated her soul.

‘Forever Day by Day’ then transitions into the record’s sleek and stylish sophomore song, ’10 Miles to Empty.’ The minimalist, soul-funk-jazz track offers a poetic, inventive and unique melodic beat that allows Dimalanta to reveal her vulnerability and soul.

Another empowering and insightful tune on ‘It’s Time’ is its seventh entry, ‘Truly Love Someone,’ which serves as the album’s third single. The song, which is driven by the emotional and harmonious sounds of the piano, as well as Dimalanta’s soulful and graceful vocals, has the potential to be performed well live. As one of the best tracks on the record, the singer emotionally notes that when a person truly loves someone, they’ll find a place within their heart for them, even when things fall apart. She points out on the empowering ballad that true love can stand any test, and anyone can stand strong with support.

Another enduring track on Rose Ann Dimalanta Trio’s latest album is its ninth tune, ‘Miles,’ which was released as the album’s sophomore single. The sensual and enticing entry is guided by the impressive slow rhythms of the jazz keyboard, pianos and violins. While the singer infuses a sense of melancholy into the song as she reflects on her life, she also bravely admits that she now has the courage to become who she’s meant to be now.

‘Miles’ then delves into the tenth track on “It’s Time,’ which is titled ‘No Goodbyein,’ and served as the record’s first single. The rhythmic and upbeat tune leaves listeners with a felling of optimism, as it encourages them to keep striving to achieve their next goal. Also aided by its uptempo instrumentation, most notably the drums, and its pulsating beat, Dimalanta strongly declares that she wants to embrace a lasting connection with the person she loves. The energetic funk song is also notable for its pop undertones, soulful atmosphere, pulsating bass line and melodic electronic beats.

‘It’s Time’ ends with its 12th entry, ‘That’s All,’ on which Dimalanta admits that she only has love for the one man she has bonded with, and she’s looking for his love in return. The track allows the group to infuse a sultry effort into its last effort, which thrives on listeners’ sentimentality. Driven by a humble piano, the singer proclaims that’s she drawn to a love that’s burning bright, which is the perfect ending and summation of the album’s overall emotions and themes.

Instilling distinct and relatable emotions into infectious rhythms that enthrallingly reflect their unwavering bond to the person they love, as well as their shared backgrounds, is a captivating process that not many musicians can master. But the members of Rose Ann Dimalanta Trio have naturally done just that with their recently released funk, soul and Latin-based album. ‘It’s Time’ not only thrives on the unique and joyful chemistry that the musicians have formed with each other through their tight friendship, common musical upbringing and collective years of playing experience, but also the passion they have for the person they love.