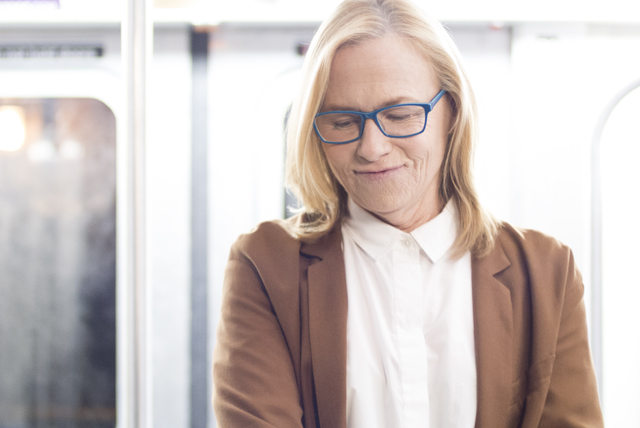 Becoming emotionally trapped in a repetitive cynical cycle of pain and resentment is a gripping situation that people of all backgrounds can easily relate to throughout their lives. That’s certainly the case for the six protagonists in the new musical drama, ‘Stuck.’ Through song, the diverse characters’ thoughts and memories are explored, as they unexpectedly bond when the New York City subway they’re riding gets stalled between stations.

In honor of MJW Films and Eammon Films releasing ‘Stuck’ in select theaters this weekend, ShockYa is premiering an exclusive clip from the movie, which is titled ‘Gone.’ The clip features actress Amy Madigan as her character, Sue, emotionally croons about how she used to not be discontent in her life, but has recently lost her strength because of the loss of someone special in her life.

In addition to Madigan, ‘Stuck’ also stars Ashanti, Giancarlo Esposito, Omar Chaparro, Arden Cho and Gerard Canonico. The drama, which was written and directed by Michael Berry, is based on the stage musical by Riley Thomas. The modern pop musical movie is set, and was shot, almost entirely on the New York City subway.

The film features original music by Riley Thomas, Tim Young and Ben Maughan. The music and songs in ‘Stuck’ are all original with musical styles specific to each character. The tracks are a lyrical and musical extension of their culture, thoughts, story and experience, and feature elements of rap, rock, classical and Motown.

‘Stuck’ follows six commuters who get stuck together on a New York City subway. Through the power of music, they learn about each other’s lives, and, in turn, have a profound effect on one another. Connecting across lines of race, culture and class in a way that only situations of circumstance or happenstance can create, this will be a day that none of them will ever forget.