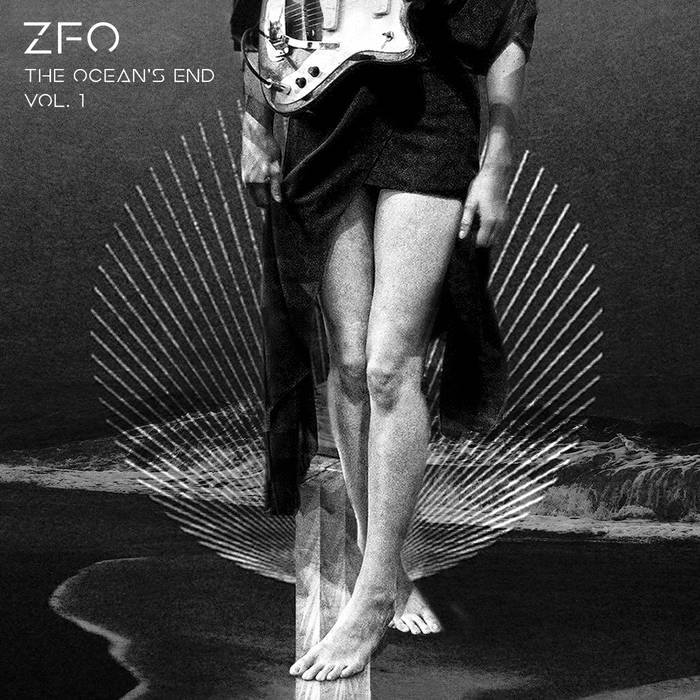 Leading a well-rounded and defined life can often times lead to a powerful and motivational wisdom and perspective that can emotionally inform musicians’ diverse and distinct songs. That’s certainly the case for songwriter and multi-instrumentalist, Ian Smith, who effortlessly creates raw and gritty tunes under the stage name, Zero Frequency. The musician, who plays the guitar, bass and keyboards, released his stunningly experimental album, ‘The Ocean’s End (Vol. 1),’ last month. The soulful and poetic 11-track record is the first in his epic trilogy of concept albums, which are being made with the intention of giving musical testimony to love from the female perspective.

The scientific definition of Zero Frequency roughly translates as having no bad connections, which perfectly supports the songwriter-instrumentalist’s concept to create straightforward rock that connects with a broad audience. One of ‘The Ocean’s End (Vol. 1)’s most fascinating and compelling trademarks is the abundance of vocal contributions by various female singers, which leaves a powerfully emotional impact. The tunes on the record stunningly emphasize the story of sexual self-discovery from a female point-of-view.

‘The Ocean’s End (Vol. 1)’ begins with the entry, ‘Artemis Descends,’ which builds the foundation for the title goddess of the hunt, moon and chastity. The song is a vignette of moments, encounters and emotions experienced by Artemis during her sexual awakening. Anna Zitnikova provided the vocals, which are reminiscent of Amy Winehouse’s dynamic range, for the track, which chronicles the title character’s fall from grace. Zitnikova’s visceral tones infuse Smith’s lyrics with a blues and punk-infused sensuality, which are driven by snarling guitars and a radiating, visceral alt-rock drum beat.

‘Artemis Descends’ then transitions into the album’s sophomore track, ‘Bondage Swan,’ which features the vocals of Tonka. With a style similar to both Jimi Hendrix and Joshua Homme from the early era of Queens of the Stone Age, the hard-rock tune is an adrenaline and tension-fueled number that stunningly contemplates how the beauty in the man’s heart that Tonka loves has set her free. Driven by an explosive and jagged guitar riff, she expresses that her love for him has helped her find her true self.

One of the best entries on ‘The Ocean’s End (Vol. 1)’ is its fifth number, ‘Take It Deeper,’ which is an epic, garage-grunge melody-driven song that projects a timeless sound through its masterful blend of the growling funk-rock guitars and pulsating keys. The track, which is destined to become an instant classic, features singer Leanne Brown, who robustly emotes that she doesn’t want to wake up from her exhilarating relationship. She proclaims that the person she loves keeps her in the clouds with a racing heart, and she doesn’t want to wake up from the stunning dream world they’re in together. While the tune clocks in at seven-and-a-half minutes long, the intriguing blend of genres, which range from sappy love-filled lyrics to hard-rock instrumentation, proves it has the potential to be a radio hit, especially if it’s edited a bit to appeal to audiences’ shorter attention span.

The penultimate entry on Zero Frequency’s latest record is the distinctive and luxurious ‘Sunshine of Your Lust.’ The track features an enthralling beat that’s driven by mellow vocals from Honey Rae, which are set against pulsating guitar riff by Smith. The singer alluringly croons about how her skin feels electric whenever she touches the man she loves. She also emotionally proclaims that if her heart beats for him, then that’s enough for her to thrive in life.

‘The Ocean’s End (Vol. 1)’ ends with the gripping track, ‘Radio Love Rampage,’ which is driven by new wave surf and industrial-inspired rock vocals from Zitnikova, who returns from ‘Artemis Descends’ to help wind the album down. Aided by fellow singer Alyona Avenax, who also provided vocals on the record’s eighth tune, ‘Death At Sea.’ Supported by a frenetic energy from Zero Frequency’s guitar and keyboards, the two singers emote riveting emotion as they ponder if the men they love can ever give them what they need, and they hope that they’ve found the people who are meant for them, as they’re looking for someone to show them love.

Leading a well-rounded and defined life can often times lead to a commanding and inspirational wisdom and perspective that can emotionally inform musicians’ diverse and unique tunes. That’s certainly the case for Smith, who naturally creates raw and gritty tracks under the moniker, Zero Frequency. The songwriter and multi-instrumentalist has crafted a remarkable new experimental record, which offers a powerful musical testimony about love from the female perspective. Despite focusing on women’s points-of-view, the soulful and poetic entries that are featured on ‘The Ocean’s End (Vol. 1)’ perfectly support the musician’s concept to create straightforward rock that connects with a broad audience.