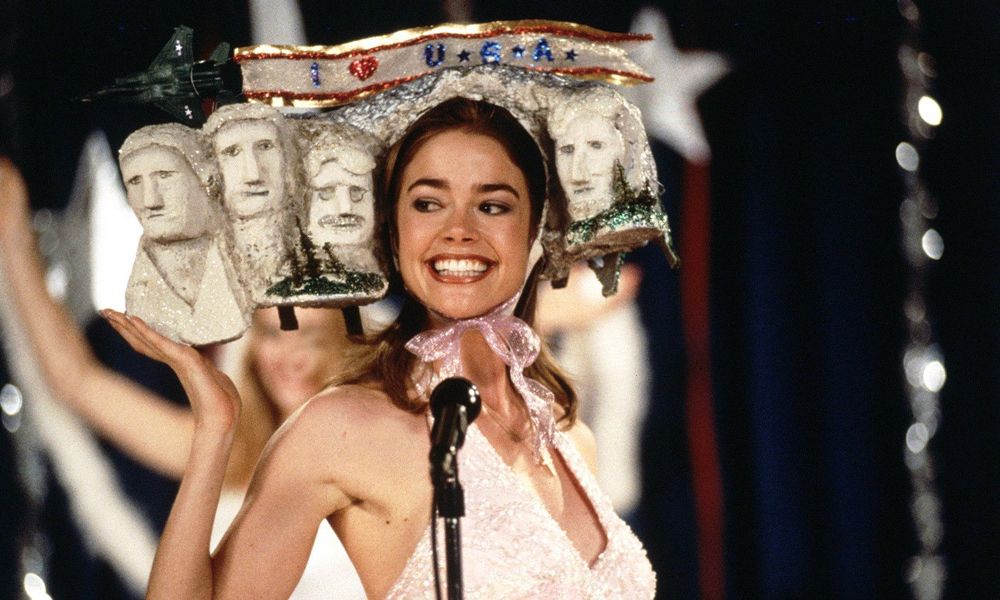 What is the truth? Is it how society perceives itself? Whatever the answer, one way filmmakers challenge the concept of truth and comment on current events is by creating mocumentaries. This hard-to-define genre has been around for a long time and has become a peculiar although widely adopted) addition to filmmaking.

But how do people define this mercurial but popular genre? Mockumentaries challenge the authenticity of reality. It takes on a certain aspect of life and twists the truth just enough to where it represents reality but is actually entirely fictional. Probably the most well-known mockumentaries are Christopher Guest’s “This Is Spinal Tap” and the TV show “The office.” Satire is a common thread among mockumentaries, but it isn’t a defining requirement. The only established trait of this genre is that the end product has to resemble a real documentary format. That means one camera, the actors often breaking the fourth wall, and sometimes a narrator.

So here are five of the best must-see mockumentaries to watch on your next cozy night in.

Woody Allen was one of the early adopters of this genre, and “Zelig” is still one of his most beloved creations to this day. In it, he plays a chameleon-like man named Zelig who can take on the appearance and personality of anyone he meets. Dr. Eudora Fletcher notices this remarkable skill and tries to study him.

A charismatic serial killer named Ben lets a film crew follow him around in this horrifyingly dark comedy. As the camera crew watches on, he goes through multiple killings and talks about his crude philosophies. It’s a twisted look into humanity’s fascination with violence and how the media is duplicitous in it.

This movie was a flop during its initial release. Now a cult classic, it takes place in Mount Rose, Minnesota where some girls are competing to win a beauty pageant. The sharp comedic satire and the arbitrary nature of success in this film didn’t originally take with audiences of the time. Today, however, it’s a much sought-after mockumentary that pokes fun at the beauty industry.

A highly controversial title, the creators behind The Death of a President posed the question: “What would happen if George W. Bush had been assassinated while he was still president?”. The fictional assassination takes place in Chicago in 2007, after which Vice President Dick Cheney (at the time) becomes president. The film posed as a future history docudrama that looked at what far-reaching consequences his death would have had. Including the impact on civil liberties and foreign policy.

Here’s an interesting look at the life of vampires (were they to exist). It was produced in New Zealand by Taika Waititi (director of “Thor: Ragnarok”) and Jemaine Clement. It takes place in present-day Wellington where a documentary crew follows around a group of vampires who all share a house. They avoid the sunlight and have assistants who run errands for them. As much as it’s a mockumentary, it is a brilliant comedy as well, so you’re sure to have a good laugh watching it.

Struggling to Find That Mockumentary?

Due to their often controversial nature, mockumentaries aren’t always available everywhere. Some countries block content based on their shock value, and this is definitely the case with a couple of the documentaries listed here. Others aren’t yet available outside the countries they were created in. Most mockumentaries don’t make it to the big screen, so they’re not always distributed everywhere. Sometimes it also takes a lot longer for distribution to happen due to limited funding. And finally, some, like number 3 on the list above, are just too obscure to find everywhere.

Either way, getting hold of a particular mockumentary can be a challenge. Getting a VPN is one solution to this issue. As it allows a person to access content from any country or website – even blocked ones. Anyone who’s considering buying a VPN should make sure that they get one with plenty of servers and reasonable subscription prices.

There are a plethora mockumentaries out there, even if people don’t realize it. The genre has become such an intrinsic part of the film industry that there are a lot of options to choose from. In fact, most people have probably watched at least one mockumentary in their lives. Now, you can go and give these a try too.

Cancel reply
Jessica Copeland Tries to Save a Parking Spot in Life Hack Exclusive Clip
Offered to Download a Movie for Free? Learn to Recognize a Scam
To Top