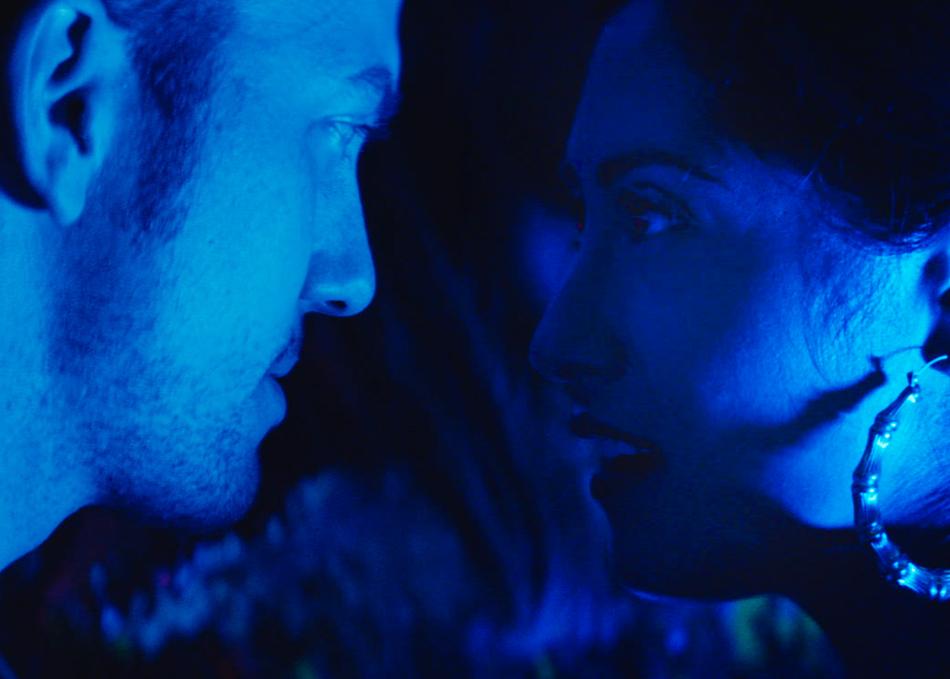 A still from co-directors Zachary Cotler and Magdalena Zyzak’s drama, ‘The Wall of Mexico,’ which stars Jackson Rathbone.

The consideration of what society would be like if some of the roles of leadership were reversed, and held by largely suppressed minorities instead of the general aristocracy that current culture is used to, is a powerfully gripping one. That thought-provoking contemplation is rivetingly explored in the discrimination-driven story of the new drama, ‘The Wall of Mexico.’

The powerful and all-too-relevant and important exposé of contemporary xenophobia was written and composed by Zachary Cotler, who also co-directed the film with Magdalena Zyzak. ‘The Wall of Mexico’ had its World Premiere in the Narrative Spotlight section at this spring’s SXSW.

‘The Wall of Mexico’ follows a young handyman, Don (Jackson Rathbone), as he’s hired by the Aristas, a wealthy Mexican-American family that’s led by a mysterious patriarch, Henry (Esai Morales), and his two outrageously decadent daughters, Tania (Marisol Sacramento) and Ximena (Carmela Zumbado). The source of the family’s wealth is a mystery to the young handyman.

Living in nearby Winfield with his foreman, Michael (Xander Berkeley), Don soon learns that tensions are high between the Aristas and the poor white townspeople. The clash is linked to the Aristas’ well, which people are superstitious about, and Don is asked to guard at night. The handyman learns the Aristas are selling the well water at alarming prices. But the water level is dropping, possibly from theft, so the conflict continue to rise. As a result, the Arista family decides to build a massive wall to keep the white locals out.

Cotler, Zyzak and Rathbone generously took the time during this year’s SXSW to sit down for an exclusive interview at the Intercontinental Hotel to talk about writing, co-directing and starring in ‘The Wall of Mexico.’ Among other things, the filmmakers and actor discussed that they were interested in making the politically-driven drama because they wanted to indirectly address the issue of immigration within the current American government and society, particularly what the physical and emotional aspects of border walls represent. The trio also expressed their appreciation that the movie premiered at SXSW in Austin, because the Texas city supports the arts, especially independent artists.

The conversation began with Zyzak explaining why she was drawn to co-direct ‘The Wall of Mexico’ with Cotler after he finished writing the screenplay. She described the story as “an indirect reaction to the 2016 presidential election. We decided that instead of addressing the issue directly, we would address it in an oblique way.”

Rathbone then chimed in, noting that when he read the script, he “loved how it turned certain expectancies upside down. I liked that it explored boundaries and walls, in more than just a concrete form. What Zachary was able to create as a screenwriter, in terms of the metaphysical, physical, emotional and generational aspects of what border walls represent,” intrigued the performer. “I also saw what Zach and Magdalena were able to accomplish with (the 2017 drama,) ‘Maya Dardel,’ their first feature. They were able to speak to a certain artistic element, yet tell the story in a very artistic way.”

Working with Rathbone and the rest of the cast was an experience that Cotler cherished as a filmmaker. “The actresses who played the two sisters, Marisol Sacramento and Carmela Zumbado, worked with us for a long time. We did a bunch of sessions with them together to see if they could act like a family. We didn’t need as much rehearsal time with Jackson, because he’s the newcomer into the situation,” he admitted. “Rehearsal isn’t about getting the actors into character; it’s about getting the actors to seem like a family, which was the main thing we were trying to achieve.”

The co-helmer also pointed out that “Jackson had to go into the situation not knowing them. So we didn’t want him to be really familiar with them. If he ran all of his scenes with the girls for months beforehand, their scenes would actually be less natural.”

“It was great the way things worked out, from an acting standpoint,” Rathbone then shared. “I didn’t know these girls, and they were relative newcomers. But they spent enough time working with Zach and Magdalena that they really embodied the characters. For me to go in and see them, and be an outsider, was so much easier than me stressing about my relationship with them.

“It was easy to find those relationships on camera, especially in the way that Zach and Magdalena direct. The shoot was open to naturalism and finding spontaneous moments,” the performer added. “I found the way they work together as directors fun and honest, and they direct in a nuanced approach…I think the best way to work is figure out what you want to do, and then let it drop away as you experience the moment.”

“I think the job of a director is similar to that of a shrink; you’re trying to make your actor believe he’s someone else,” Zyzak confessed. “Once you create this new person, you wait to see what happens while you’re shooting. So it’s a combination of preparation and a more spontaneous approach.”

Further speaking of the immigration issues that are inadvertently addressed in the story, Cotler revealed that “We went out of our way not to hit any political issue on the nose. The way that the media is approaching hot issues of the moment is so black-and-white.

“There are also headlines that are for sale,” the co-director pointed out. “The headlines say that the president did something, and people are deeply offended, and then there are ads on either side of the screen. The newspapers that hate-or supposedly hate-the president are making a lot of money off of him. So it’s important to note when you enter this feedback loop, the voice of discontent is also this selling mechanism from the ads in the margins. So it’s important, as filmmakers, to not participate in that game. Our film isn’t selling anything.

“If you want to say something real about something as important as immigration, I think you have to do the intuitive thing, and be ambiguous and under the surface,” Cotler declared. “If you come right out and say something, you’re probably going to say the same thing that’s in a news article that’s selling you things. You don’t realize what you’re being complicit with,” the scribe noted.

Cotler’s co-helmer agreed, noting that “we’re locked in this sort of paradox. If we want to create a text against Trump, we can’t actually create a text against him, because that text is going to advertise him, in a way,” Zyzak pointed out. “Our media and society likes to make him the villain…In a sense, we’re living in a vortex of reality.”

The conversation then moved into the process of filming ‘The Wall of Mexico’ on location. Cotler noted that the plot is set in the U.S., “but everything’s flipped over because there’s a ranch they call Mexico. We shot the movie in the country of Mexico, but made it look like the U.S., just to give everything more of a through-the-looking-glass mentality. It appears to be the U.S., but it’s infused with subtle hints of real Mexican culture.”

In addition to relishing the experience of shooting ‘The Wall of Mexico’ in the title country, the trio also cherished the process of premiering the drama at SXSW. “I actually live here in Austin now, and I grew up in a small town in Texas,” Rathbone shared. “So it’s an honor to have the film play at this festival. Having one of my films play here is something I hoped to achieve as a young actor. It has received a wonderful response,” and the second screening, which was held the night before the interview, was completely sold out.

“The idea that people are coming out to see this art film, instead of seeing one of the bigger movies that made their way here, is awesome. Obviously, they love the duo of Zachary Cotler and Magdalena Zyzak, because it’s their second time being here,” following ‘Maya Dardel’s premiere at the Texas-based festival two years ago. “Austin’s a great town when it comes to supporting the arts, especially independent artists,” the actor pointed out.