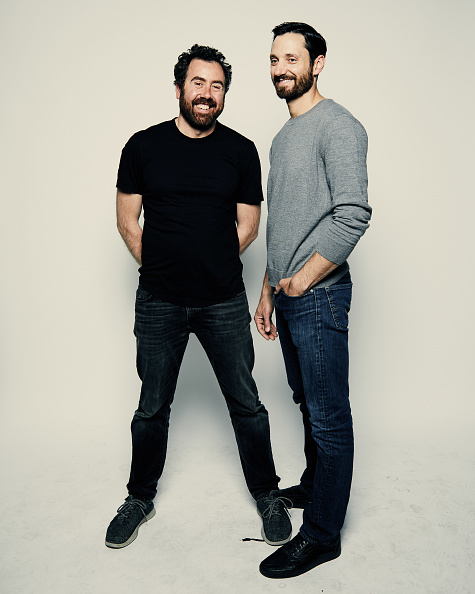 Reflecting on the living strands of kinship that are woven between the human and non-human worlds is a powerful and emotion experience that transcends all conflict in the world. That gripping sentiment is one of the most important driving forces behind the newly released virtual reality (VR) film, ‘The Atomic Tree.’

The VR documentary was written, directed and produced by Emmanuel Vaughan-Lee and Adam Loften. The filmmakers sought to bring the relationship between human and non-human worlds to life on screen after reading David Haskell’s 2017 book, ‘The Songs of Trees.’ Vaughan-Lee also worked on the original music for ‘The Atomic Tree’ with H.Scott Salinas, while Loften also served as the cinematographer and editor. After completing work on the VR project, it had its World Premiere in the Virtual Cinema Program at this spring’s SXSW.

‘The Atomic Tree,’ which is narrated by Peter Coyote, is a journey into the memories of one of the most revered trees in the world—a 400-year-old Japanese White Pine bonsai that witnessed —and survived—the atomic blast in Hiroshima. From Japan’s ancient cedar forests and Buddhist temples to the family home in Hiroshima where the pine was nurtured for five generations, the VR experience explores the unbroken chain of living stories held within the rings of the title tree. The delicate shape of the bonsai contains sacred forests, human family and deep time, and invites people to reflect on the bonds that are woven between the human and non-human worlds.

Vaughan-Lee and Loften generously took the time during SXSW to sit down near the ‘Atomic Tree’ exhibit at Austin’s JW Marriott hotel for an exclusive interview. Among other things, the filmmakers discussed that they were interested in making the VR movie after reading Haskell’s book, because they thought it would be an interesting and emotional story to visually tell through a stereoscopic 360 experience. They also discussed how they appreciated being able to premiere ‘The Atomic Tree’ at SXSW because it allowed them to speak with, and see the genuine reactions of, their audience after they watched the film.

The conversation began with Vaughan-Lee explaining that he and Loften became interested in creating the VR documentary after they read ‘The Songs of Trees.’ “The book takes you on a journey into about a dozen different trees around the world. Each tree has a unique story, and is a way of exploring the human and nonhuman worlds. The trees are an understanding of a broader ecosystem,” the writer shared. “One of the trees in the book is this 400-year-old bonsai that survived the atomic blast in Hiroshima. It’s become one of the most revered trees in the world.”

After reading Haskell’s book, “we were really drawn to this story, and the unique life that the tree had lived. We were thinking about how to work with trees as a VR piece, so when we read the book, it resonated with us. We thought it would be a really interesting story, and a way to explore how trees have memories in their rings,” Vaughan-Lee added. The duo also thought about what would happen “if we journeyed into those memories that are layered in the wood.”

‘The Songs of Trees’ was the entryway into the research the scribes did into the bonsai’s history, Loften revealed. Besides reading the book, “we also combed the internet to find additional information. In addition to finding more research about the tree, we also wanted to uncover more about the birthplace of the tree, and the life of the tree after it was transported from the mountain in Miyajima where it was born, to the family that has taken care of it for 350 years. We tried to not only understand as much as we could about their life there, but the bonsai traditions, in general,” he added. “We also learned about the more nuanced Japanese traditions around bonsais, in general.”

After completing their research, the experience of directing ‘The Atomic Tree’ together was one that the filmmakers cherished. “It was fun and challenging, because VR is so different from other filmmaking experiences in the documentary space,” Vaughan-Lee admitted. This project “was a big learning curve for us, even though we’ve worked in VR before. We used new technology on this piece, as we wanted to move through forests. So we had to rig cameras on steep Japanese slopes. Obviously, we couldn’t be in the shots, so we had to place the cameras, and then leave. So it’s a very different way of directing, and you’re not necessarily in the same control as you’re used to, so we had to learn a new skill set,” he further explained.

Despite the technological challenges the filmmaking duo faced while they learned how to direct a VR project, they felt it was the right medium to tell the atomic tree’s story. “We wanted to break away from what could have been a historical, dry journey into a tree that had survived the bombing,” Vaughan-Lee also explained. “We wanted to make the story really experimental. This is the medium where you can really create a friendship and kinship with the tree. So it was a lot of fun to create this project.”

As the cinematographer on ‘The Atomic Tree,’ Loften shared that it was fun to be able to shoot the project in 360 degrees, as that process allowed “everything to be in the shot. As Emmanuel was just saying, even we could end up in the shot. So we had to visualize, in advance, exactly what our audience member will be able to experience as a person, while at the same time, put them in the perspective of something that’s non-human,” he noted. “That’s not necessarily just the tree, but also the air, spirit and energy of the forest system, and how the audience member can experience that perspective. So logistically, we had to try our best to set up the most dynamic shot, and then get out of the way.”

The filmmaking duo also had to have faith that the technology that they were using was working while they were on set. The Director of Photography explained that they “couldn’t really see what we were capturing, and determine if it was working, until after we got home and started stitching everything together. We also had to figure out how everything was going to work as a whole.” Loften added that “it’s been really exciting for us to figure out what works for us, especially in terms of creating the feelings and mood, in this new 360 medium.”

In addition to capture live-action footage for ‘The Atomic Tree,’ the duo also incorporated animation into the VR project. “The piece has traditional elements of documentary footage, like in the recreation scene of the tree growing over time in the bonsai garden,” Vaughan-Lee noted. “We also weaved animation into those more traditional elements. We felt that we needed to bring in the animation special effect, in order to really transcend the human component, and bring viewers into the tree’s world.”

The editing process was also one that Loften enjoyed working on during the production of ‘The Atomic Tree,’ but it was similar to the experience of editing a traditional documentary, he revealed. “We had different shots that we had to line up in whatever order you think is right. But on this project, there was an added layer of trying to be really visual storytellers. We had to figure out how to do that for this project, which didn’t really have any traditional kind of narration,” he explained.

“So we began by looking at all of the imagery, and what we already knew about the tree, and deciding if there was a visual narrative that could immerse people in this visual environment, and bring them on a journey. We figured that out ahead of time, before we went to Japan and filmed all of these scenes,” the editor shared.

After they finished the shot in Asia, “we also had to let go of things that we initially thought would be really interesting and dynamic, but ultimately there wasn’t space for them, or they didn’t fit in with all of the other elements that really were working. So it’s always this process of guessing what will work, and trying it out,” Loften added.

“Emmanuel’s really great, and I think I’m getting better, at being really critical of our own ideas, and letting go of things that aren’t taking us on the journey that we were hoping to go on. We’ve gotten better at not falling in love with our projects until we think we’ve done the best job possible, and telling the that we set out to tell,” Loften added.

The process of also producing ‘The Atomic Tree’ together was one that the filmmaking duo also cherished. “We focused, first and foremost, on making the best story we could. We then worked on getting the film out there, and submitting to some festivals and distributors,” Vaughan-Lee shared. “The film’s life is really just beginning here at SXSW,” as the project debuted on the VR website, Within, the week after the Austin-based festival concluded. The project is “available to anyone with a (VR) headset, or even a mobile device.”

Following up on the experience of having ‘The Atomic Tree’ world premiere at SXSW, Loften described it as being “incredible. This is our second time at SXSW, so there was a lot of lessons learned from last year, which was also an incredibly powerful and positive experience.”

Loften added that he thinks he “can speak for both Emmanuel and I when I say that what’s beautiful about presenting a VR film at a festival is that we get to have a one-on-one experience with the audience. We get to describe the project to them, and send them into the installation, which we designed to look like a Japanese tea garden.”

Through the installation, the duo hopes that they can “transport the audience from their personal SXSW experience into the story. It’s so beautiful to then talk to people after they had a connected experience with something we created. We love that we can hear how they changed during the project’s 10-minute runtime…It’s an affirmation as a filmmaker to have people exppress that your art changed them.”

Vaughan-Lee added that “We always joke that there’s this merging of cutting-edge technology in how stories are being shared. Our project is told through headphones and a headset, but there’s also the oldest form of storytelling, through one-on-one contact. So getting to speak with our audience here at SXSW after they watch the film feels a lot more personal than other ways that stories are told. Movies may have millions of views online, but the filmmakers have no idea who those people who watched their work are, other than comments, which feel disembodied. But when you see a person with a smile-or a frown-after watching your work, at least it feels more real. So it’s been a great experience here at SXSW.”