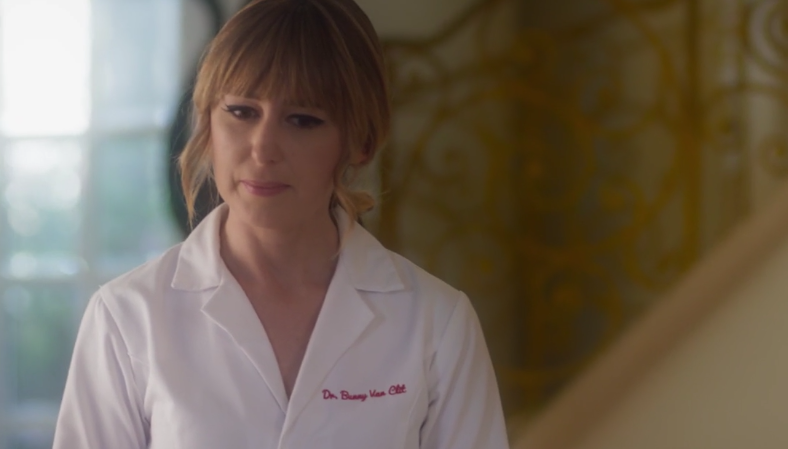 Trying to solve a crime has never been so hard, especially for a group of movie archetypes. But the stereotypical characters are determined to evolve from clichés into real people, in order to revive not only their personalities, but also their lives, in the upcoming raunchy horror comedy, ‘Deep Murder.’ In honor of the characters’ evolutions throughout the film, which is set to be released in select theaters and On Demand next Friday, June 14, by Screen Media Films, ShockYa is exclusively premiering a clip, which is titled ‘Nobel Prize.’

In ‘Nobel Prize,’ actress Stephanie Drake’s character, Dr. Bunny, is stuck in a house with several of her fellow victims, including Jessica Parker Kennedy’s Babysitter, Chris Redd’s Jace and Quinn Beswick’s Hugh. She warns them that they may not know each other as well as they think, before the scene switches to Dr. Bunny being questioned by Josh Margolin’s Detective Cross about her possibly committing the murders, since she’s the only person from the house who’s still alive.